Magnificent Medieval wall over 1km in length that forms one of the most beautiful historic centers throughout the island.

The imposing Medieval Wall of Alcudia is one of the main attractions of the city, it is in a perfect condition and has the added charm to hold a historic center of great beauty inside with houses dating back to the 13th century. 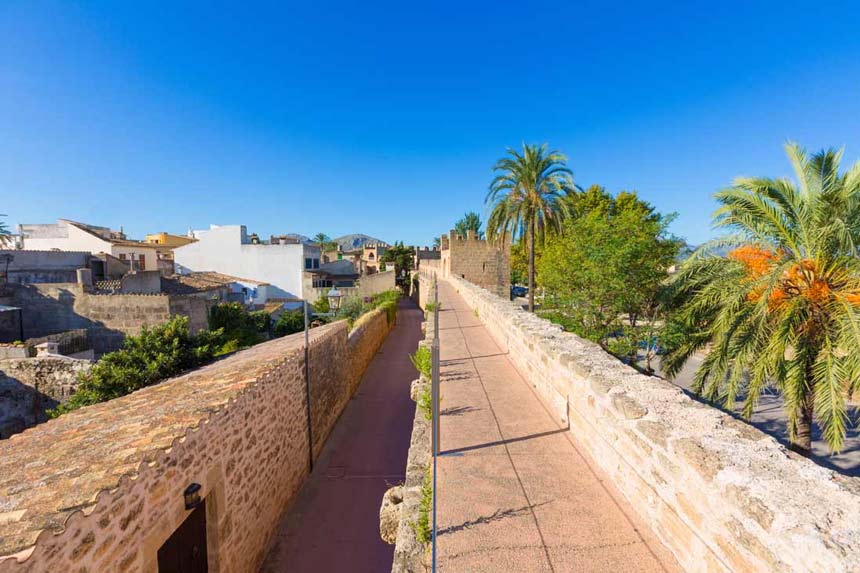 The strategic position of Alcudia exposed it to many dangers from the sea. King James II ordered to build magnificent defensive walls in the fourteenth century by a perimeter of more than 1-kilometer-long and 6 meters high. From the original Muralla Medieval de Alcudiaare preserved three access doors: la Porta del Moll, Porta de Mallorca and la Porta de la Vila Roja, as well as 26 watchtowers, strategically placed to provide security to the city from attack by pirates and privateers arriving to the north of the island. Later after several sustained attacks they started to add new sections to the building. In the nineteenth century part of the new wall was destroyed and in 1974 was declared Conjunto Histórico Artísticoto protect them.

During our visit, we can climb walls and walk the walk round them up along 1.5km and enjoy the view of the old town from the battlements, traveling in time. 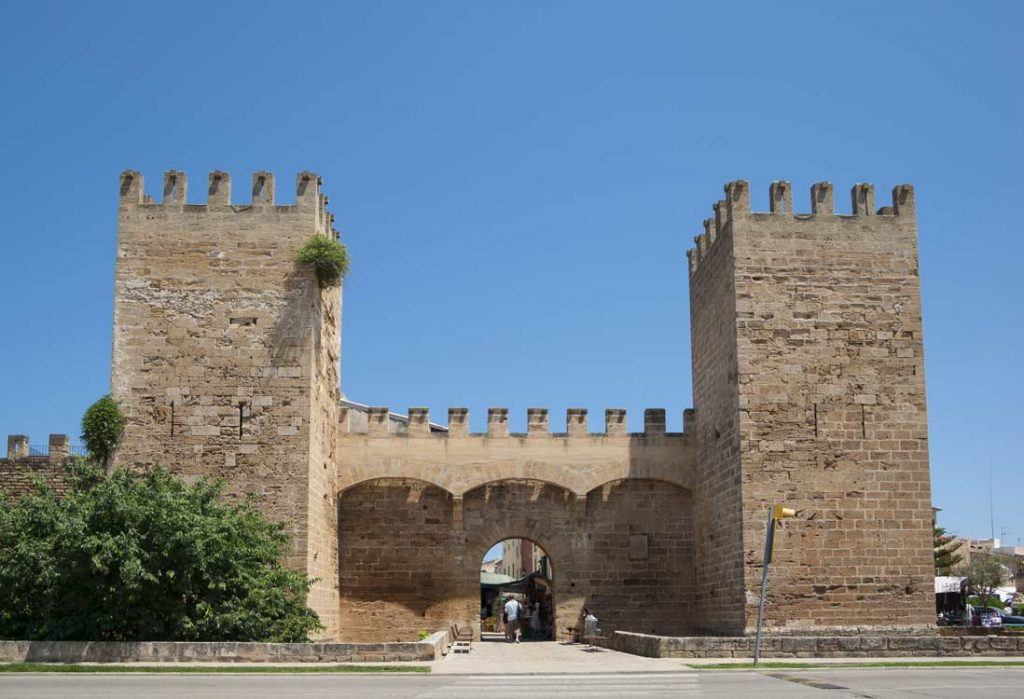 From the Medieval Wall of Alcudia, you will enjoy views of the Old Town

Once inside the walled city; you can walk its narrow cobbled streets lined with old houses with open windows and balconies decorated with geraniums in the old town of Alcudia the very essence of a Majorcan village breathes. The most important monuments that you can visit in the old town are la iglesia de San Jaime, la Capilla del Sant Crist, el teatro Romano and museo monográfico.

If you can, visit the Walls and the Old Town on a Tuesday or Sunday to coincide with the weekly market held in Alcudia, a very lively place where you can buy all kinds of typical Mallorcan products. 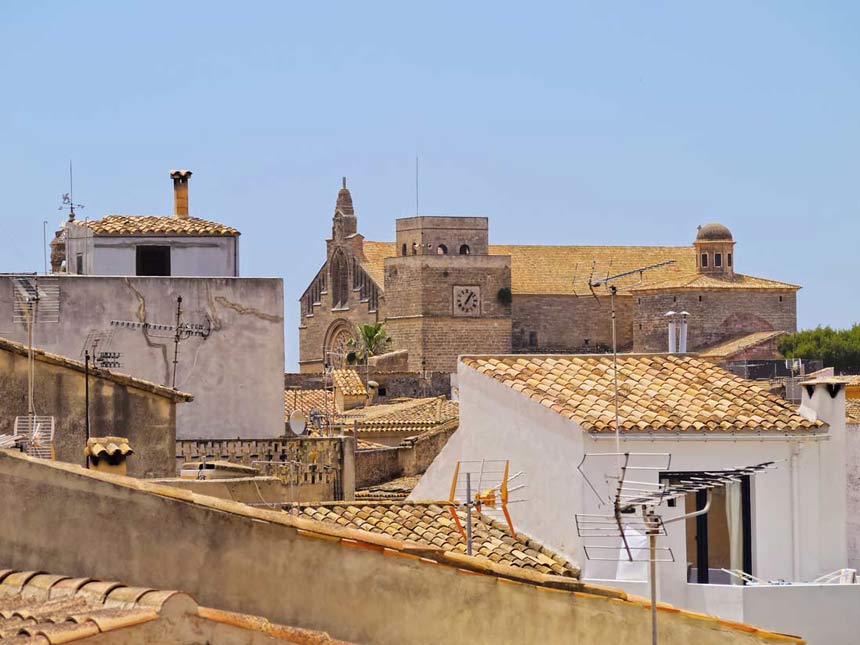 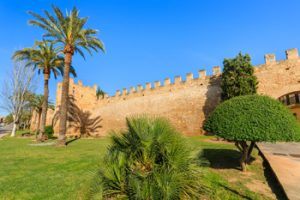