Unique and unrepeatable, Mojácar is the ideal place to get lost. Mojácar has the grace of the small and typical Andalusian villages. Its labyrinthine streets are narrow and steep, everything is white, full of the color that it gets by the flowers and plants. You will feel like you are in a fairytale.

Mojacar has a strategic location overlooking the Mediterranean, which has made it to be desired by many civilizations like the Celts, Phoenicians, Greeks, Romans, Visigoths and Muslims until in 1488 it was given to the Catholic Monarchs, making ita Christianarea. Located on a hill 175m above sea level in the Sierra de Cabrera,Mojacarhas only 7,000 inhabitants, which helps keep this place intact over the years.

Anyone visiting Mojacarwill love it, since 2013 it is part of the network of “The Most Beautiful Villages in Spain” Most people who decide to spend their holiday in Mojacar do so for its beaches and the beauty of its Arab architecture and this is one of the first must-see spots. 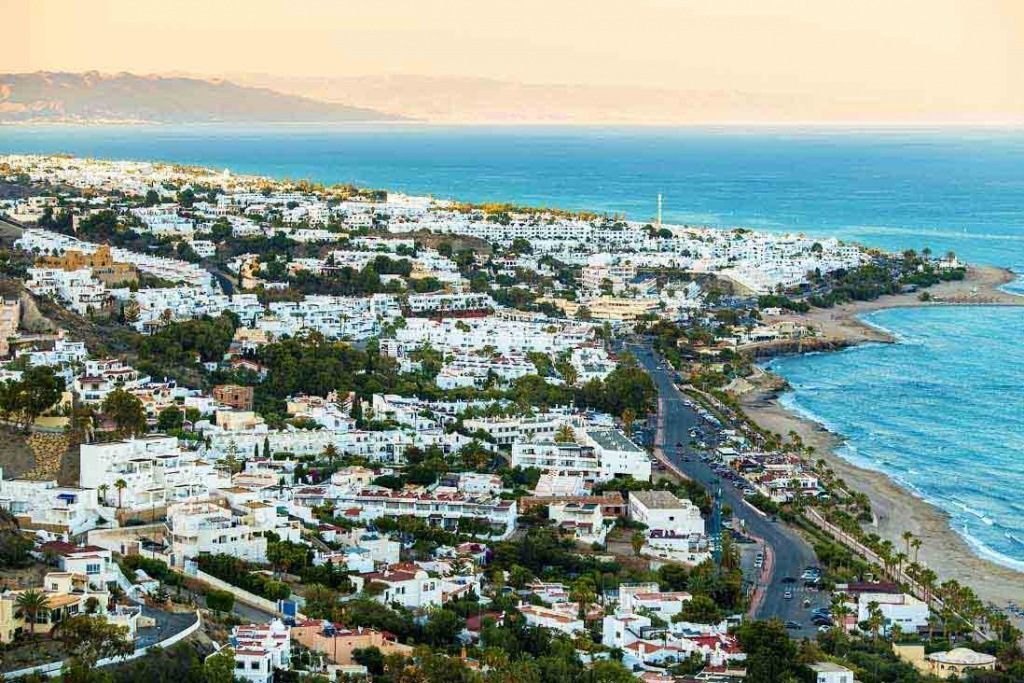 Apart from the pleasure of walking and discovering charming corners, in Mojacar there are some amazing spots that are worth visiting, such as the Plaza Nueva where we find the Ermita de los Dolores, of the18thcentury and following above is Mirador del Castillo, which is on the top of the mountain and from where we can see the most spectacular views.

In Plaza del Ayuntamientowhere there is an ancient tree, Iglesia de Santa Maríaof the 16thcentury, the statue of the Mojaquera which was declared Bien de Interés Cultural, the Jew neighborhood or arrabal, which was outside the walls, the Fuente de la Mora, which was the place where took place the agreement between Muslims and Christians to remain in peace on these lands but under the reign of the Catholic Kings and many other curious, beautiful places.

One of the things that makes it more charming, if anything, is that it is a town with no traffic in some partssimply because there no cars pass by, plus, it has lots of ramps, stairs, hidden corners, and is full of terraces too.

If you look closely, in many places you will find the image of the Indalo, which is a representation of a prehistoric paint used for thousands of years and was known as “mojaquero doll”, painted with red clay on their doors or facades intended to drive away the evil “omen” or bring good luck. Since the 50s the Indalowas adopted as the emblem of Mojacar and symbol of the city, although this curious symbol also represents all of the Almería inhabitants. 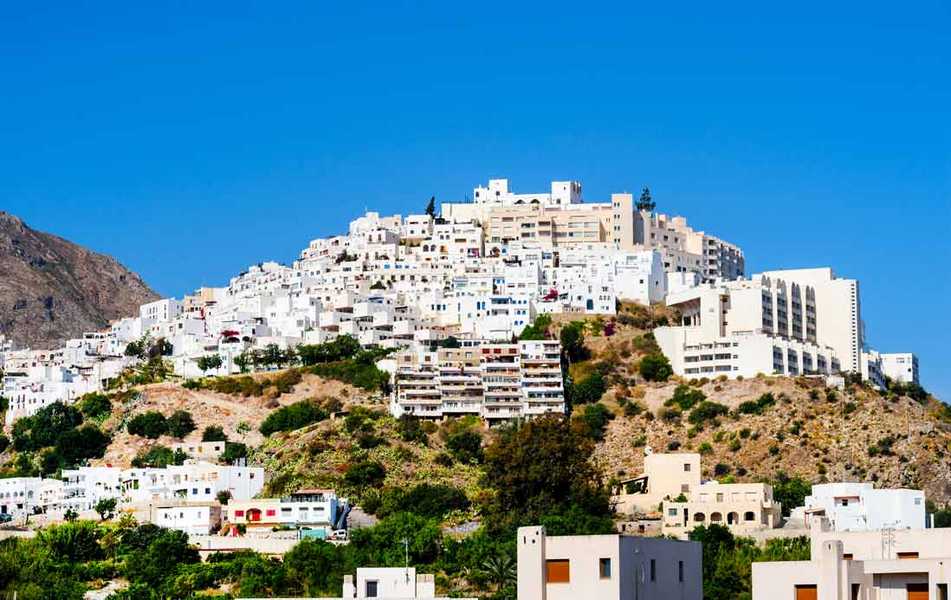 At the foot of the mountain is Mojacar playa, 3km from the village with 17km of coastline dotted with beautiful beaches and coves. This is the most tourist area, where we find hotels and holiday homesalong the largest tourist infrastructure, restaurants, nightlife, children’s entertainment, supermarkets, shopping mall. Among its beaches we highlight La playa de los Muertos, la Playa del Palmeral, La Cala de Enmedio en Aguamarga, Mónsul y Genoveses, and two golf courses.

At dusk, when the sun goes down behind the mountain, you can admire the Mediterranean becoming a golden raft. If you decide to see the sunset from the beach, there are several spectacular bars, like the Mandala, to relax while you cherish the delicious sea breeze. 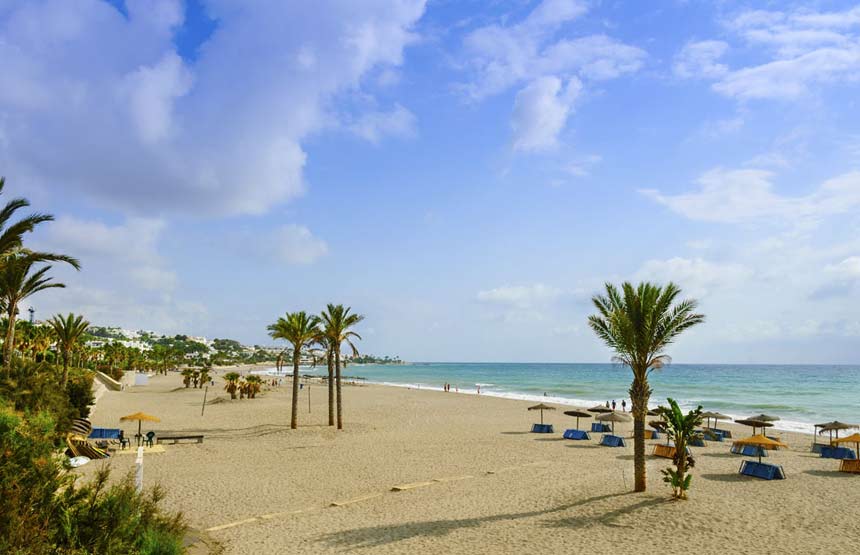 If you like active holidays, you can start walking the Sendero de la Mena, 10km of scenic hiking trails that takes place in a start point parallel to the coast, where you can enjoy beautiful views of the sea and the Sierra, passing by the Torre de Macena of the18thcentury and Torre del Pirulico.

And if you love nature, you will enjoy very much touring the Parque Natural de cabo de Gataand its pristine beaches. 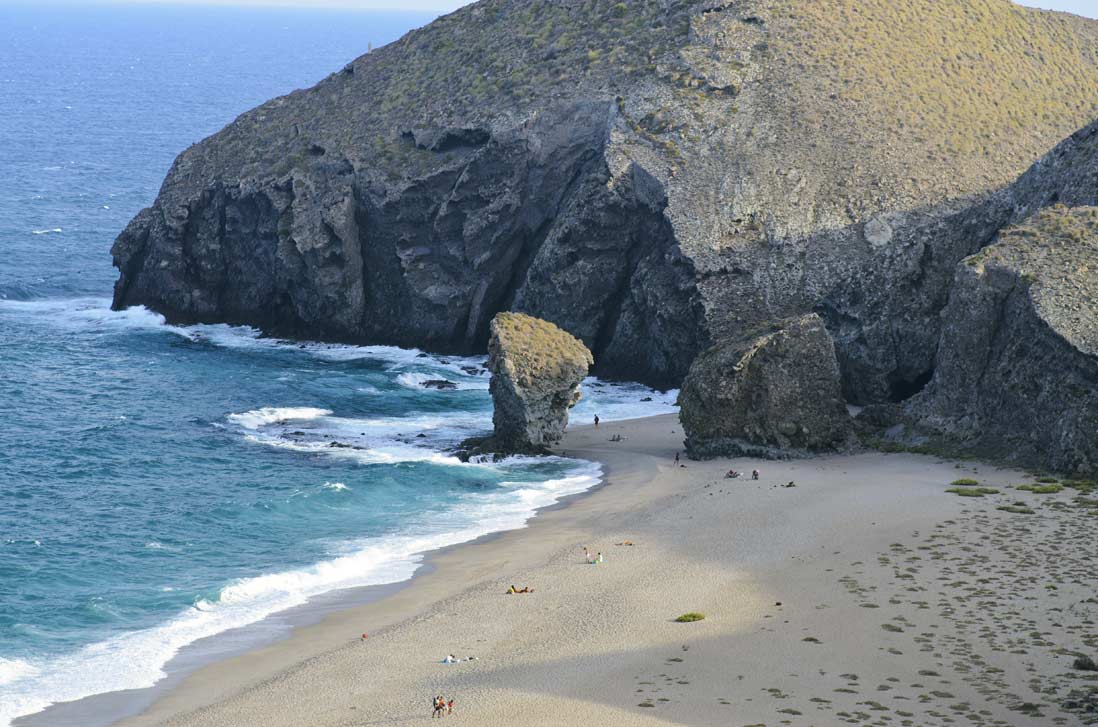 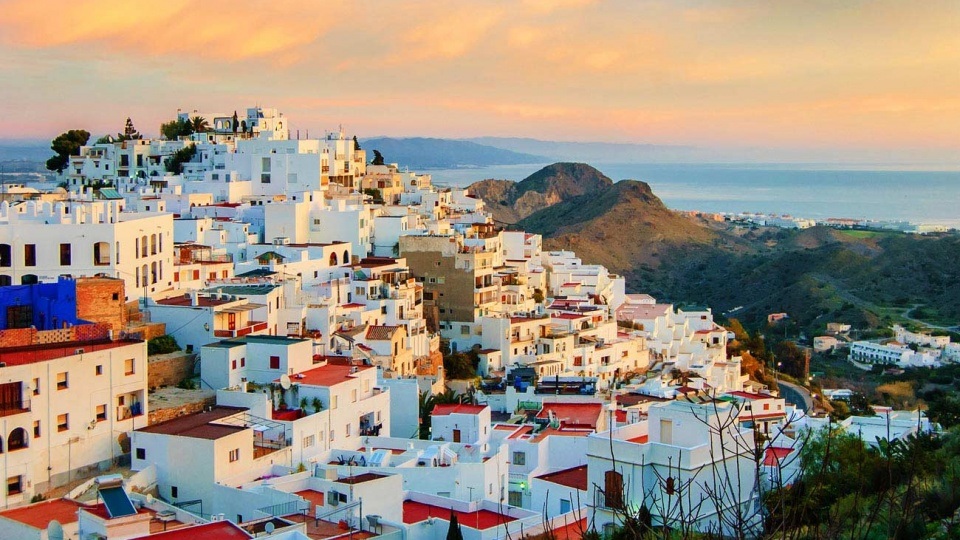 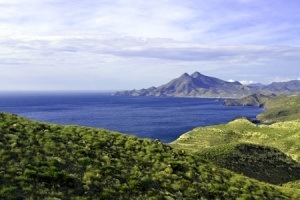 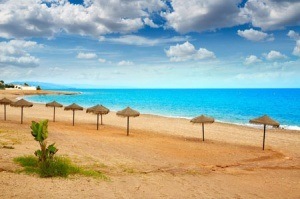 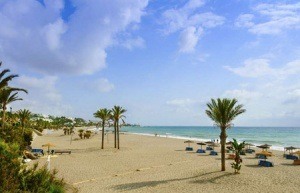 In a lovely setting of tiny houses, we find the calmest beach of Mojacar 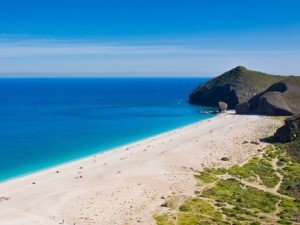 Playa de los Muertos is a trip that you should not miss. It is located about 20km from…