Tarifa, the city where the wind blows between two oceans. Located in the southernmost point of the Iberian Peninsula, this particular place is steeped in tradition, history, art and of course wind.

Tarifa is the closest village to the African continent, with only 14km separating them, it is the point where the waters of the Mediterranean and Atlantic meet, where besides enjoying the sun and the beach we enter a loaded history due to its privileged location instead he became a place coveted by the different civilizations over the centuries leaving their traces step prehistoric, Phoenician ruins, ruins Roman and medieval castles.. 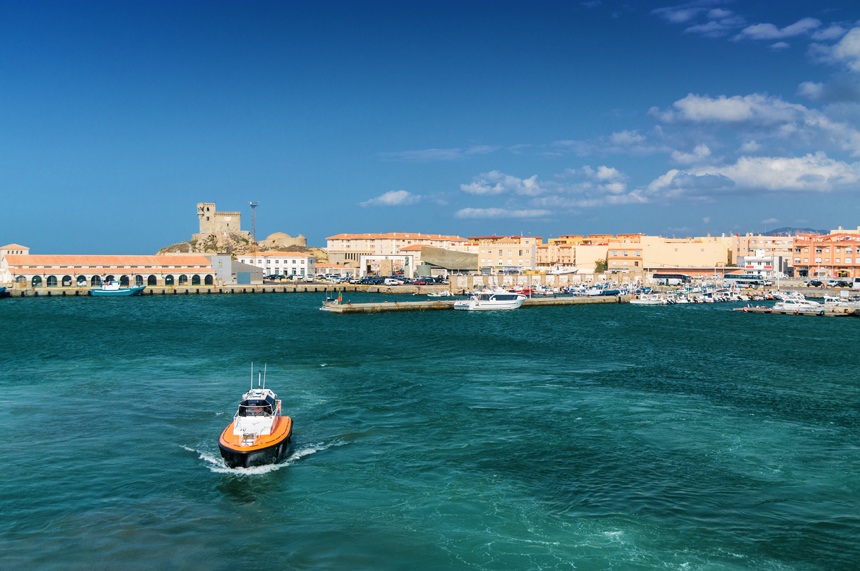 You will fall in love with the happy and relaxed atmosphere of this welcoming and cosmopolitan city. While its average temperature is 17 degrees, there is something that is characteristic of the city, which are its winds. Tarifa is the realm of Surfing and Kitesurfing. 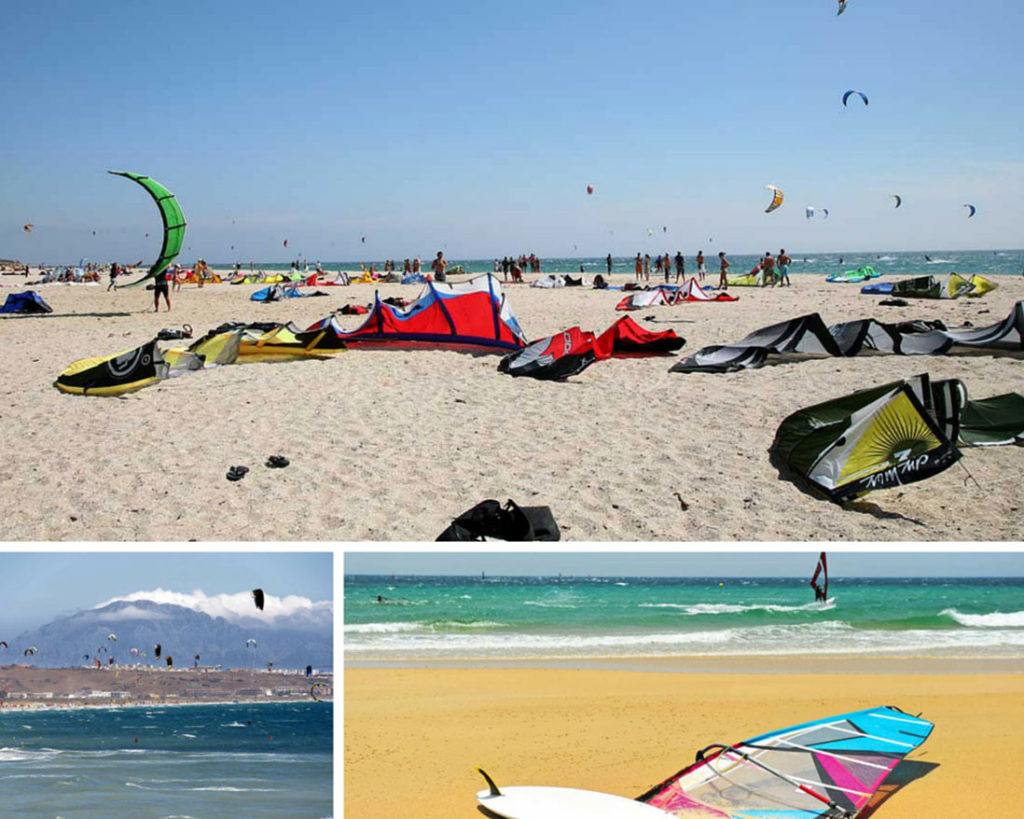 We must say that Tarifa is much more than wind and surf. It is a place to stroll, enjoy its tapas, stores and a lively nightlife. With a typical Cadiz cuisine, whose star dish is the atún rojo de almadraba, the city is full of traditional restaurants, bars, pizzerias and beach bars. As you can see, the offerings in this beautiful Andalusian corner are abundant and of great quality.

Wander through its streets aimlessly and at a unhurried pace. Lovers of history and culture find their little paradise in Tarifa. The strategic location of this enclave have turned it into a highly coveted place by different civilizations over the centuries.

Its old town, full of winding and narrow streets, adorned by colorful carnations is full of monuments that will remind you of the defensive past of the city. Undoubtedly, the most emblematic monument of Tarifa is Castillo de Guzman el Bueno, who in a heroic act that is still remembered, handed the life of his son to Muslims to protect the castle and the town of Tarifa. A few meters from the castle, you will find Plaza de la Alameda, the most important square of the city and a meeting place for the tarifeños. It features a statue of Guzman el Bueno. In your tour of the old town, you will also find the churches of Santa Maria, San Mateo and San Francisco. It is also one of the liveliest areas full of bars and taverns where a very bohemian atmosphere breathes. 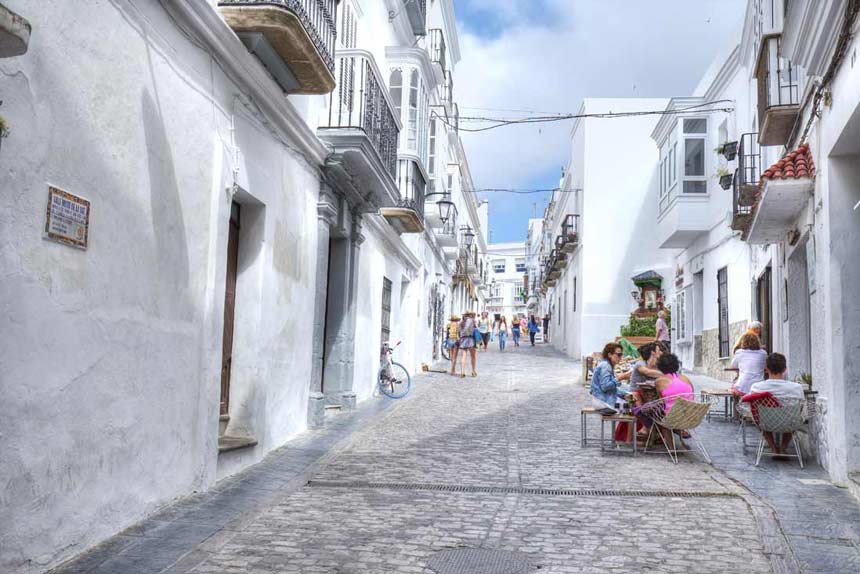 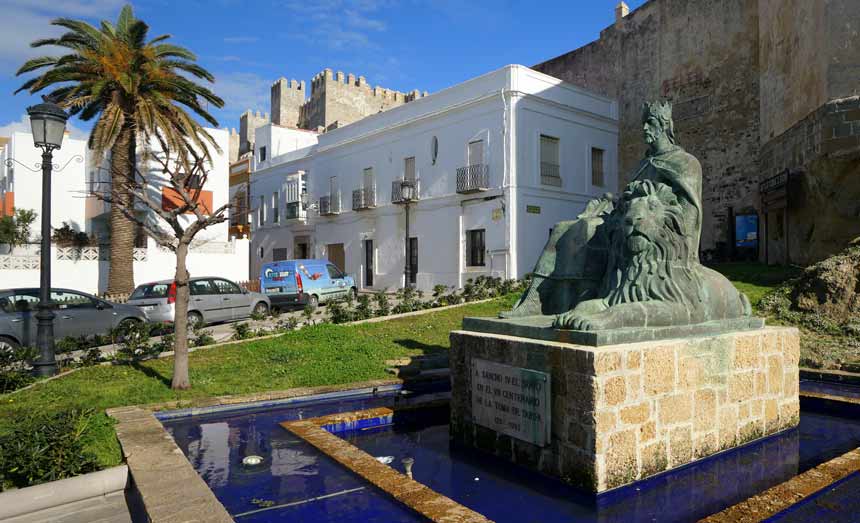 In our opinion, it is here where the most beautiful beaches of the province are located, such Playa de los Alemanes, Playa de Valdevaqueros, Playa de los Lances or Playa Bolonia, the latter awarded in 2015 by TripAdvisor with the Travelers Choice for being the 10th most beautiful beach in Europe and the 2nd in Spain. These beaches are famous throughout the world both for its natural beauty as well as for its perfect conditions for doing water sports such as windsurfing and kitesurfing. This place has such relevance that world championship trials of these sports take place here annually. 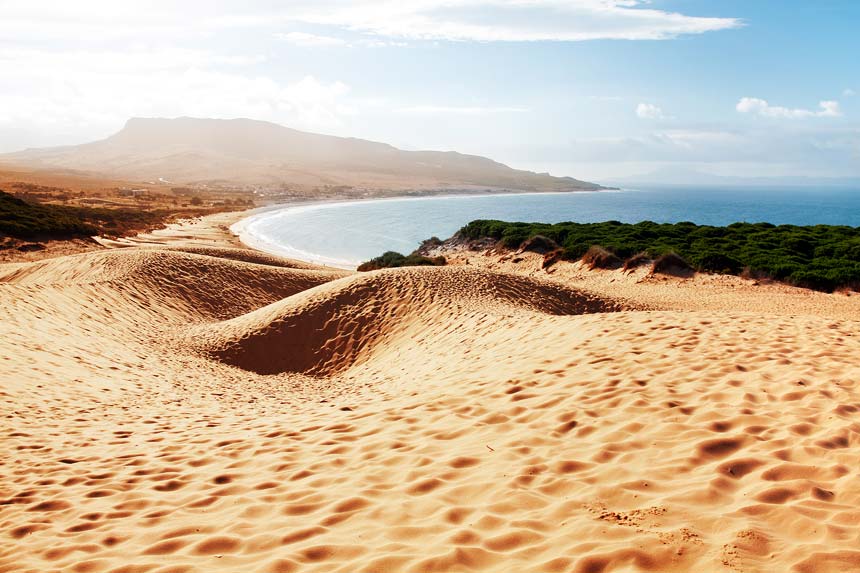 …And it is a few meters from the fantastic Playa de Bolonia, with its huge dune where we find the important Roman city of Baelo Claudia. A relevant archaeological site due to the beauty of its seafront location. Its well preserved remains teach us a little more about how life was like in this Roman city, built in the 2nd century B.C. around salting factories. You won’t only see the pools where fish were left to ferment, but also the buildings that slowly appear before us as the forum, the theater, aqueducts and temples. A place that will definitely transport your imagination to ancient times. 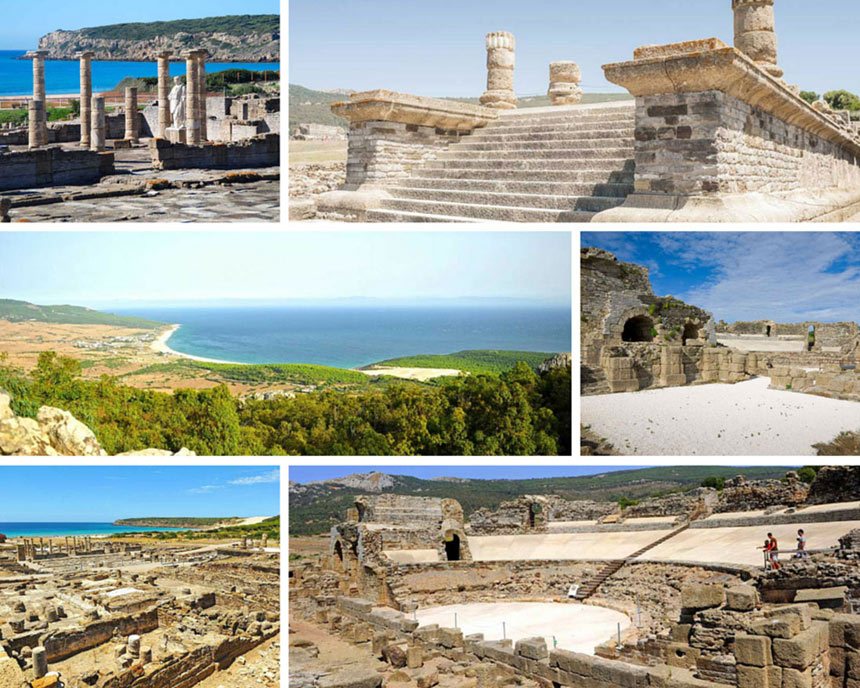 Not only surfers ply these waters, as the waters of Tarifa are also one of the best places in Europe for whale watching. In the city, there are many tourist services offering boat trips for watching whales, dolphins, sperm and pilot whales. If you’re lucky, you’ll have a wonderful memory for a lifetime. 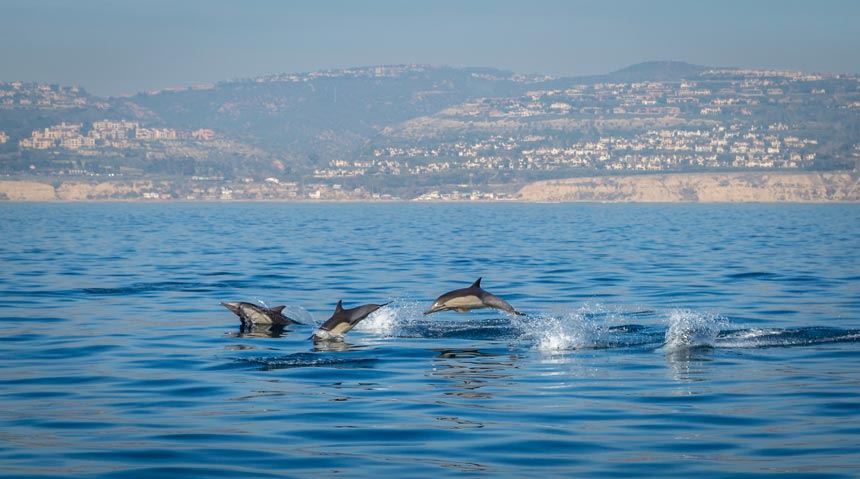 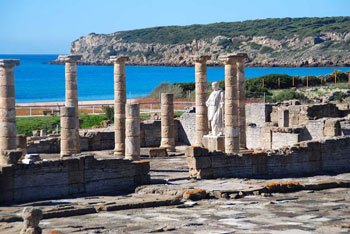 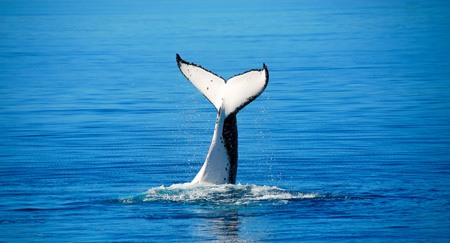 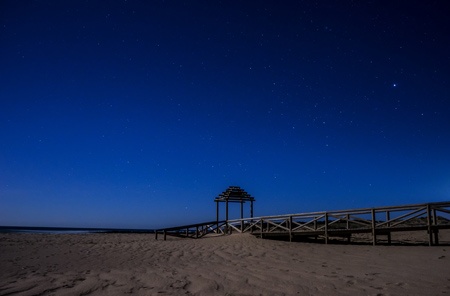 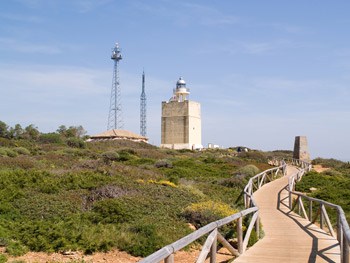 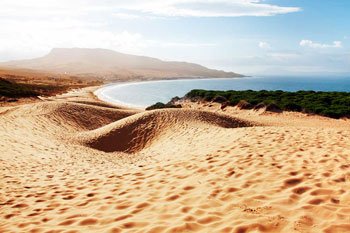 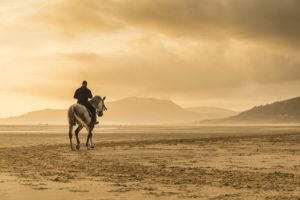 Tarifa, the city where the wind blows between two oceans. Located in the southernmost point… 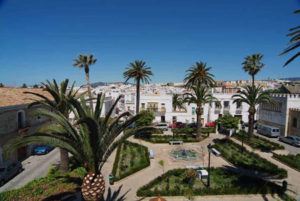 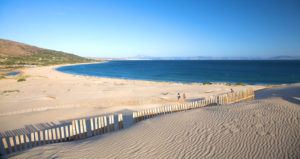 Valdevaqueros beach is one of the last unspoiled places left in the Cadiz coast. You will… 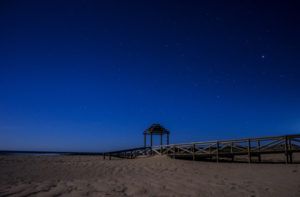 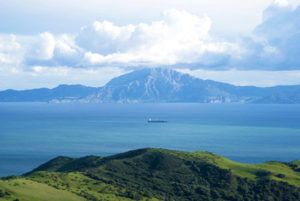 Just 6 km from the town of Tarifa, at an altitude of 300m, we find the Straif of Gibraltar… 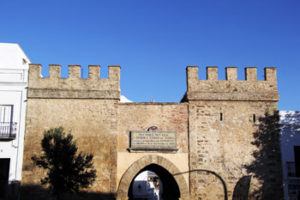 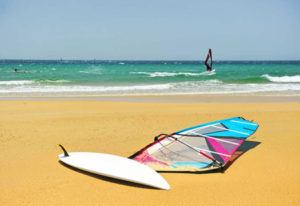 It is an unspoiled and wild beach in the Atlantic zone of Tarifa, Cadiz, notable for its… 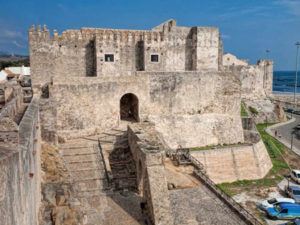 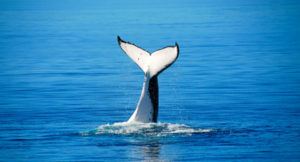 Cetaceans and Whale Watching in Tarifa

Tarifa is famous for the surf, wind and spectacular beaches. But if you didn’t know, this… 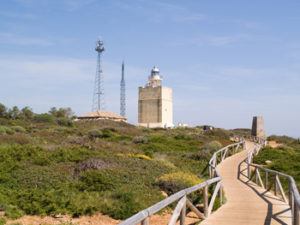 A few kilometers from the center of Conil de la Frontera, in the province of Cadiz, we find… 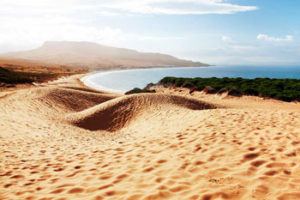 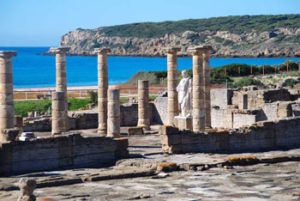 Located only 12km from Tarifa in Cadiz, this is one of the most important archaeological…