In recent decades, the city of Ibiza has become one of the biggest tourist destinations in the world, where every year millions of people visit the white island to enjoy its beautiful beaches, festivals, traditions, gastronomy, warm people, endless nights of partying, plenty of leisure and entertainment which make this island a magical place.

It is no wonder that every summer the island becomes a meeting place for famous people around the world, from footballers, models, to singers or artists, everyone wants to enjoy this slice of paradise in the Mediterranean that has become a famous paradise worldwide.

Ibiza is an island located 79 km from the Iberian Peninsula opposite the town of Denia next to Mallorca, Menorca, Formentera and several smaller islets, form the set of the Balearic Islands. It is a relatively small and accessible island since it has only 41 km from north to south, its international airport is located in the municipality of San Josep de Sa Talia, just 10 km from the city of Ibiza.

The city of Ibiza, also called by its inhabitants La Vila, features 50,000 inhabitants and is the capital of the island. The international airport is just 8 km, or about 10 minutes by car or taxi. Several monuments are scattered around the city, witnesses to the history of this wonderful island. The Cathedral of Ibiza, the beautiful old town of Dalt Vila, the monument of Joaquim Vara de Rey, the monument to the pirates in Plaza de la Drassana and the monument to the sailors and fishermen at the port, are some of the important points. 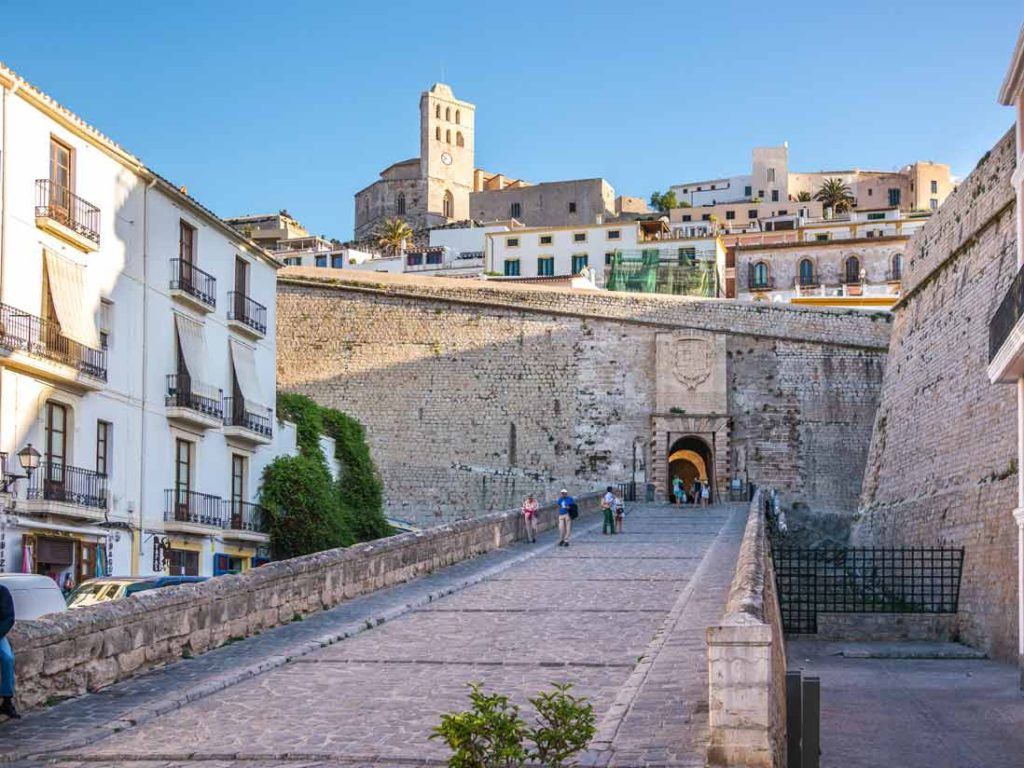 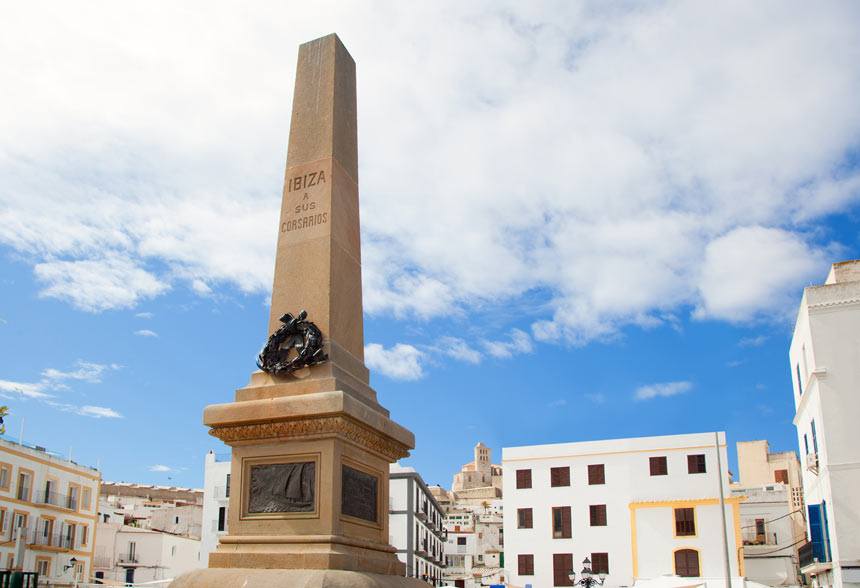 When the sun goes down, Ibiza shows its full potential and revives like a really bustling city with crowded streets, restaurants, terraces, bars, night markets, etc.It is a spectacle walking and strolling through the neighborhoods of fishermen of La Marina, or the Barrio de Sa Peña, with real streams of people all around. The marina also focuses on the night of Ibiza, with many clubs, discos, restaurants that the traveler could only imagine. The night is long in Ibiza, and for those looking to party until late in the morning, the city has some of the best and oldest clubs on the island such as Pacha, Space or Ushauia. 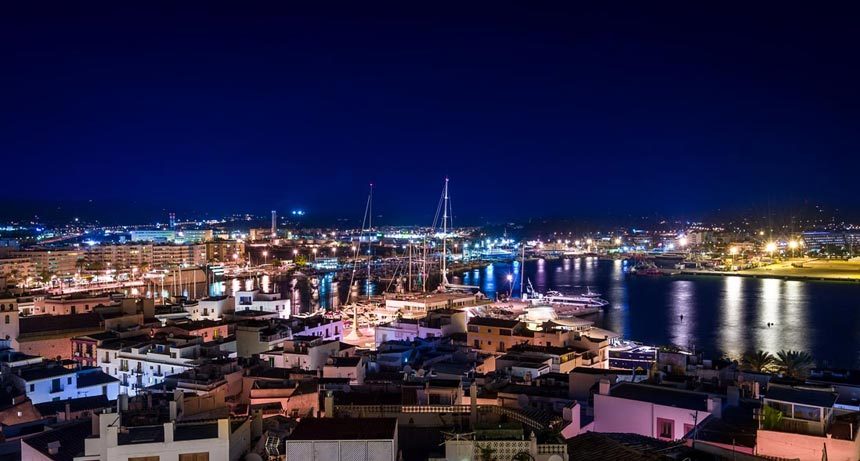 The city has three wonderful beaches to enjoy the sun and sea, they are: Playa Ses Figueretas, just a few steps from the center,it is a completely urban beach that is lively both day and night. South of itis the famous Playa d’en Bossa with its islets framed on the horizon. The beach is 2 km long where we find a quieter and family friendly area and another area which is much livelier and houses some of the biggest macro clubs on the island. And finally, the beach of Talamanca, which is the farthest and quietest of all.

Ibiza town is in a very central point of the island, so it is a very good option to stay in it and discover the island from here, as you can get anywhere in around 25 minutes. 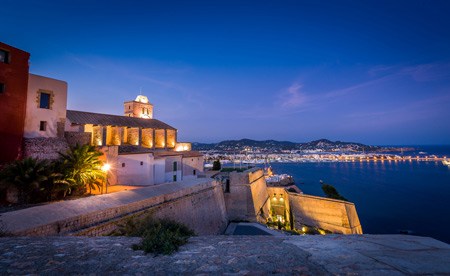 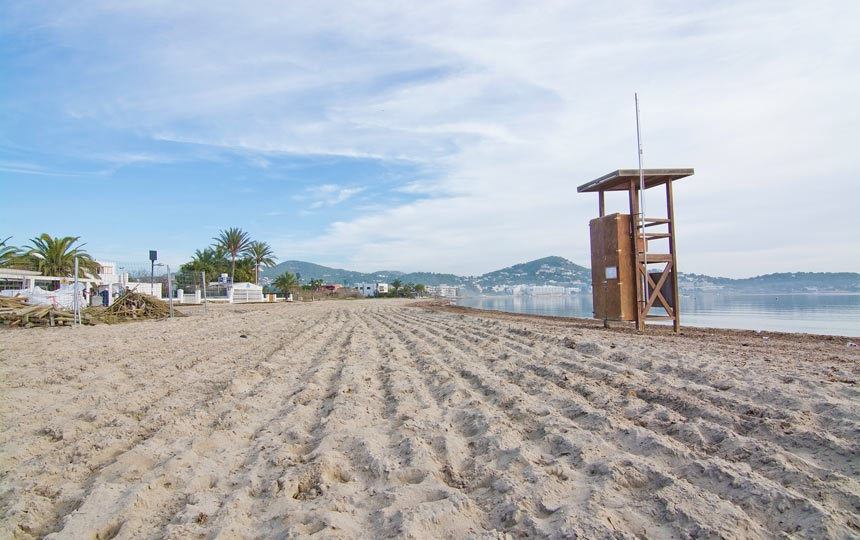 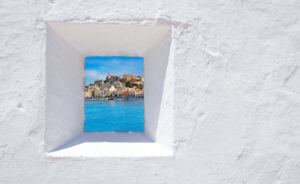 In recent decades, the city of Ibiza has become one of the biggest tourist destinations in… 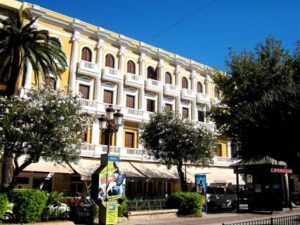 Considered by many the center of the city of Ibiza, this long walk concentrates a large… 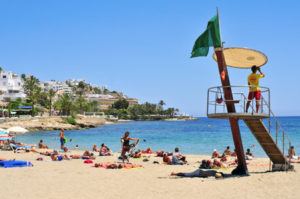 It is one of the most visited beaches in the city by tourists and local people, where we… 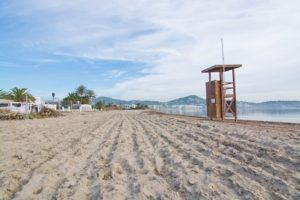 Talamanca beach is the last beach in Ibiza town , located 2 km from the center of Ibiza… 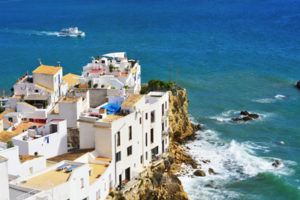 Barrio de Sa Penya will seduce you with its extraordinary enclave. Located on a rocky… 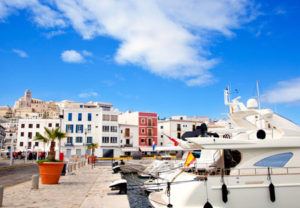 Much more than a port! The port of Ibiza combines the exclusivity of a luxury marina with a… 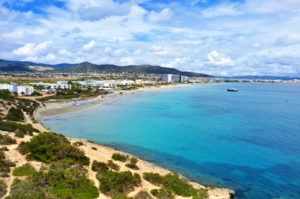 It is the next beach after Ses Figueretas, from which you access it through the beautiful… 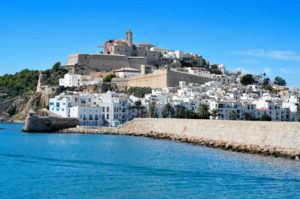 Located at the foot of the walls of Dalt Vila, the neighborhoods of the Marina and Sa Penya… 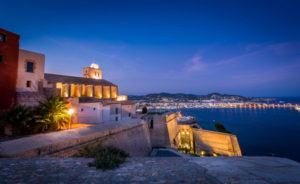