Beautiful fishing village located 10 km south of Benidorm, famous for its beautiful coastline with brightly painted houses. It has one of the best preserved historical centers of our coasts, the result of a commercial and fishing village that have defined their particular architecture.

The municipality has 32,000 inhabitants and belongs to the Comarca of Marina Baja. It lies between the towns of El Campello and Benidorm, and is just 32 km from the city of Alicante. Its nearest international airport is Elche, 49 km.

For those who want to escape the bustling and crowded cities like Benidorm, this small town, Villajoyosa,  is the ideal place. Its wide promenade has countless terraces, bars and restaurants in which an exceptional atmosphere breathes during the summer season. Ideal for walking, relax, having a drink and enjoying the summer and the sea.
Its old town bathed by the waters of the Rio Amadorio, also called Río de la Vila and its picturesque petite houses picture multiple bright colors that are a symbol of this town. This tradition comes from ancient times when the fishermen who came to harbor wanted to quickly identify your home, a tradition that has survived to this day and that neighbors have managed to use to boost tourism. 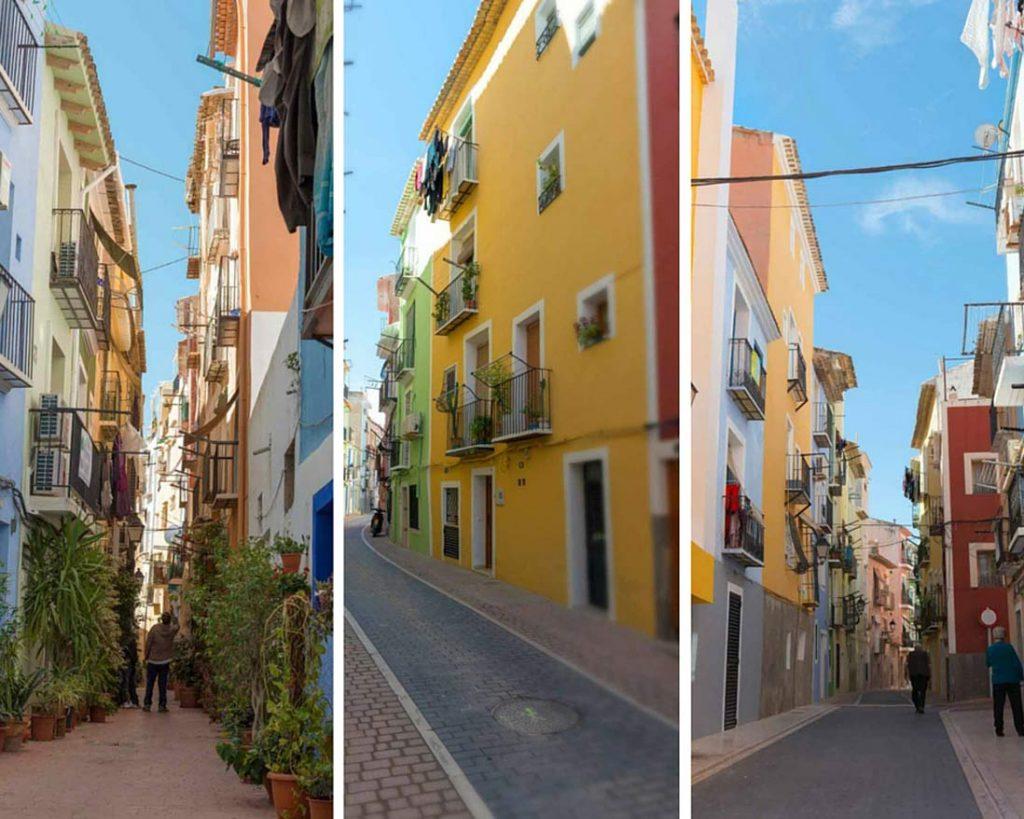 A bit of history of Villajoyosa

In the 16th century the population of Villajoyosa was less than a thousand inhabitants and, as in many other municipalities in the Alicante coast, suffered constant attacks by the Barbary pirates. They came from Algeria and sailed the coastal populations of the Mediterranean terrorizing the seas. Their attacks were cruel and ruthless, often kidnapping neighbors and residents of the municipality as slaves, or simply asking for a ransom for them. So much so, that an entire defensive network around the coast to fend off attacks and defensive towers such as the Tower Aguiló and Tower Xarco was built.

Until the 16th century the medieval castle and walls became obsolete, so, because of the numerous attacks, King Philip II ordered the construction of new walls to be finished by mid-century. At the heart of the old town is Iglesia-fortaleza de la Asunción, one of the most important monuments of the historic center declared Asset of Cultural interest. 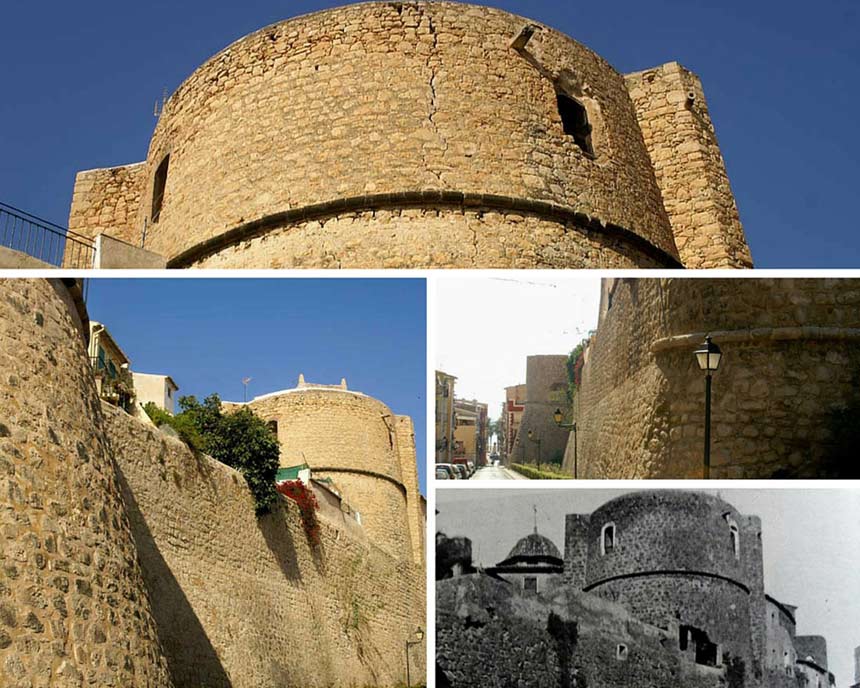 Don’t you miss the breathtaking beaches of Villajoyosa

One of the main attractions of the city are its beaches. Over more than 15 km of coastline holds 15 beautiful sandy beaches with crystal clear waters among which we can name La Playa del Bon Nou, Playa El Paradis, La Caleta Beach del Centro and Playa Almadraba, all of them hold the Blue Flag of the EU. 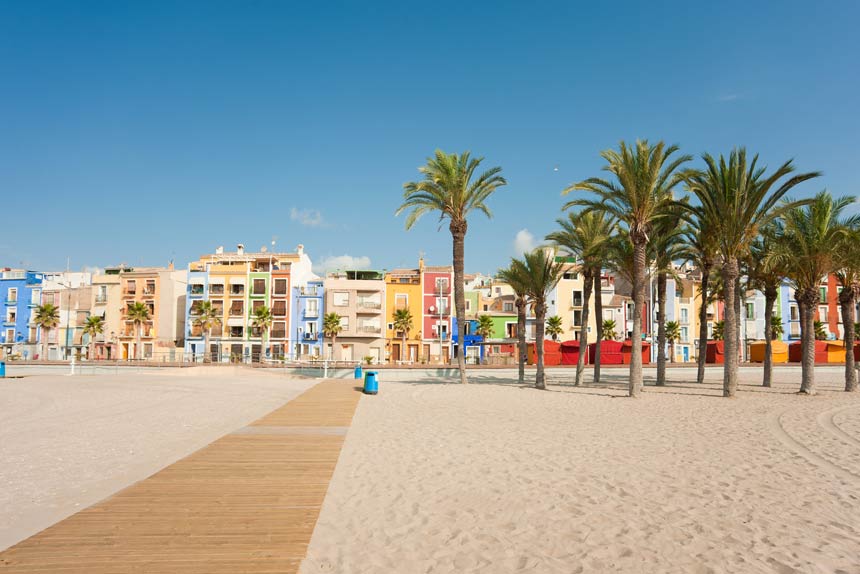 The sweetest visit in Villajoyosa

Another attraction of the city is the visit to the factory of the well-known chocolate brand Valor, where guided tours completely free are made through this beautiful factory and you can also visit the Museo del Chocolate to discover the history of this food, the manufacturing process of chocolate. 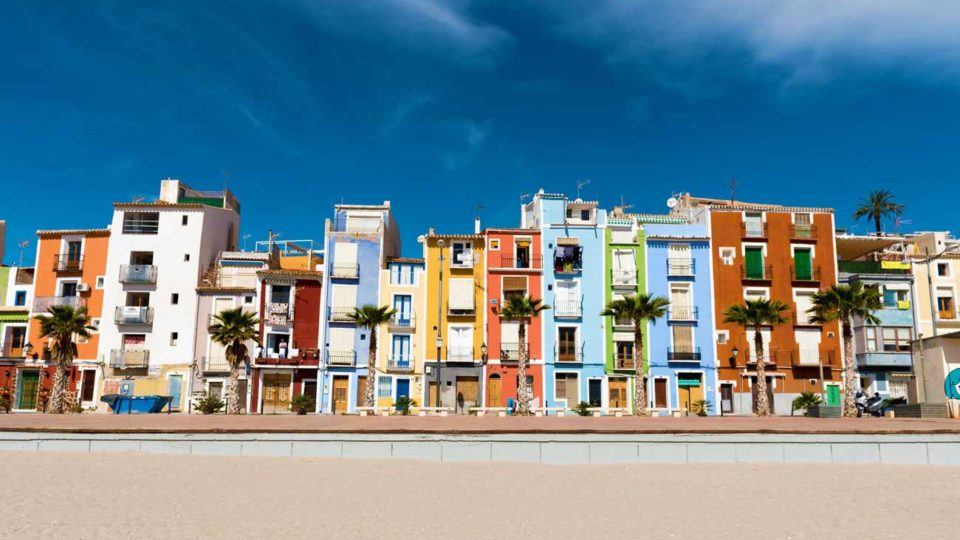 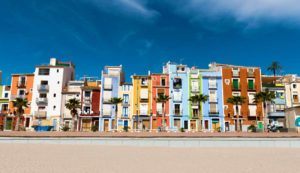 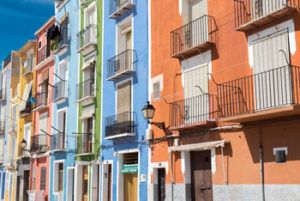 The 5 Highlights in Villajoyosa 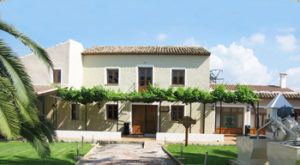 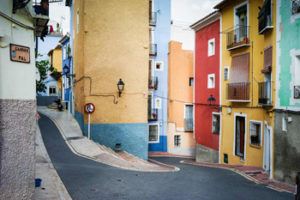