Puerto de Santa María is a unique destination where it is easy to enjoy the relaxed Andalusian lifestyle. A fishing village of a large tradition, it is one of the biggest attractions of Cadiz due to its climate, delicious fish, seafood and wines, which make this journey through the Bay of Cadiz a pleasure for the senses.

Located in the Bay of Cádiz, this city breathes history in every corner. It is also knownas the “city of the 100 palaces.” Upon reaching the city, one of thees sential visits is to get to know some of the many wine ries that comprise El Puerto de Santa María. 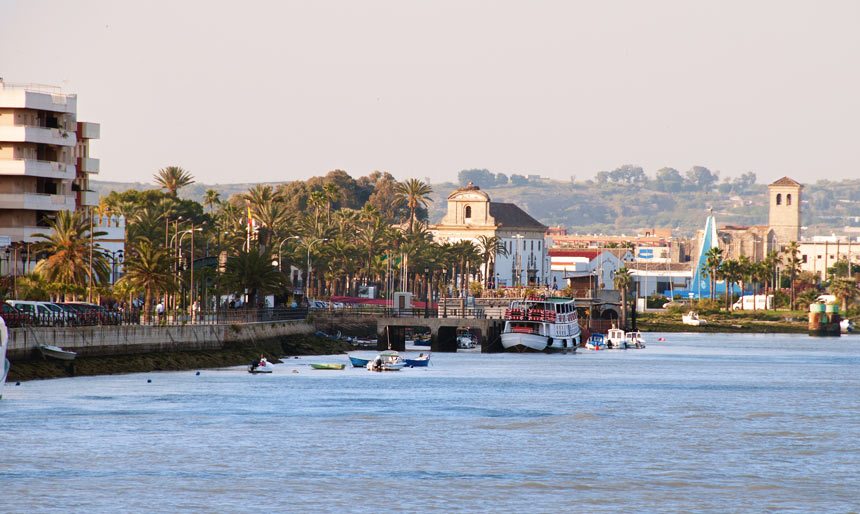 The wine industry is one of the primary economic activities, and the most traditional in this Gaditan us municipality, one of the most famous are the Osborne wineries founded in 1772. Arriving at the wineries,you will meet one of the most representative icons, not only of the Port Santa Maria, if not of Spain, as is the Toro de Osborne, a silhouette of a bull of about 14m high. Accompanied by guides, you will make an extensive tour of the place, knowing the history of this family and the process off ermentation and a ging of the best wines of Jerez. 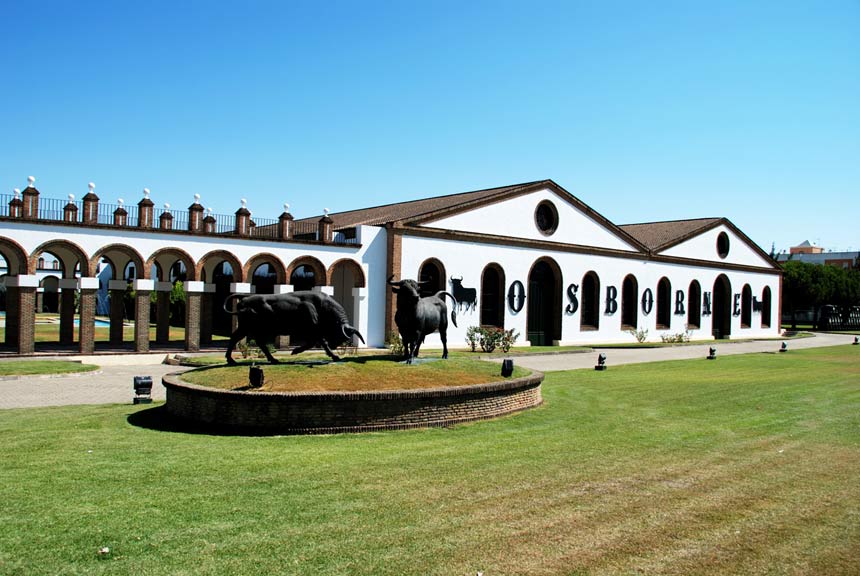 Walking, you will reach Rafael Alberti Foundation. This man was great poet and writer of the twentie the century. El Puerto de Santa Maríais universally known as the birthplace of this great poet. In 1925,Rafael Alberti received the Premio Nacional de Poesía for “Marinero en tierra”. In this house, in which Alberti spent his child hood, are displayed some of his paintings, photographs, documents and books that complete the life and work of this portuen sepainter. 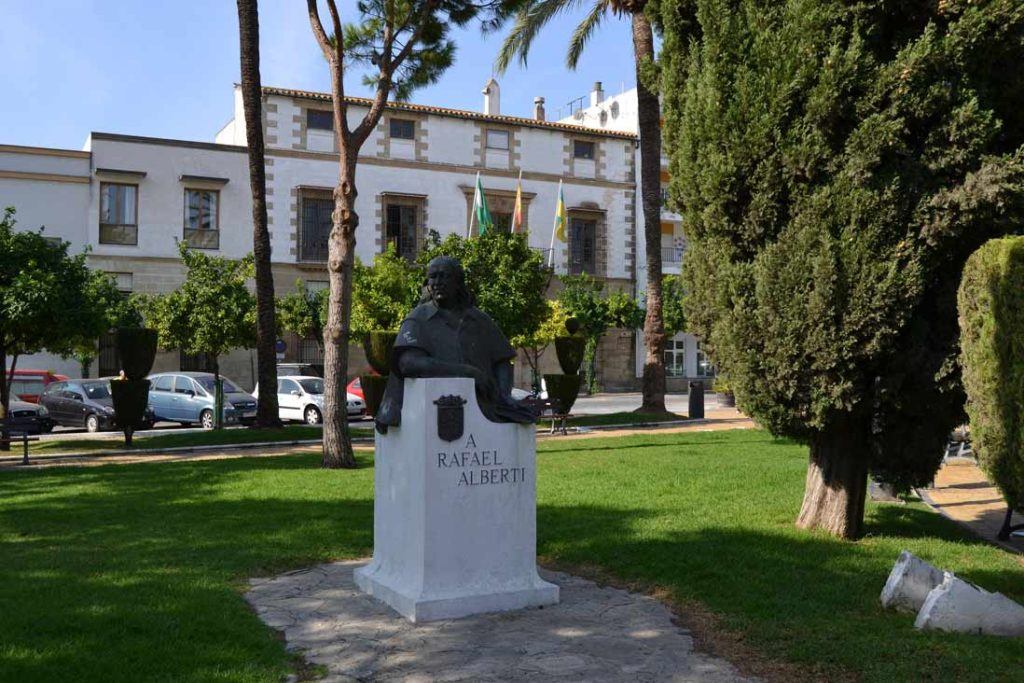 In the heart of Puerto de Santa María lies Castillo deSan Marcos,a fortress dating from the tenth century and declared a National Monument in1920. The castle was builton an ancient mosque that had previously been a Roman temple,and after the Reconquista, Alfonso Xt he Wise transformed it into a Christian sanctuary, fortunately keeping its beautiful interior. 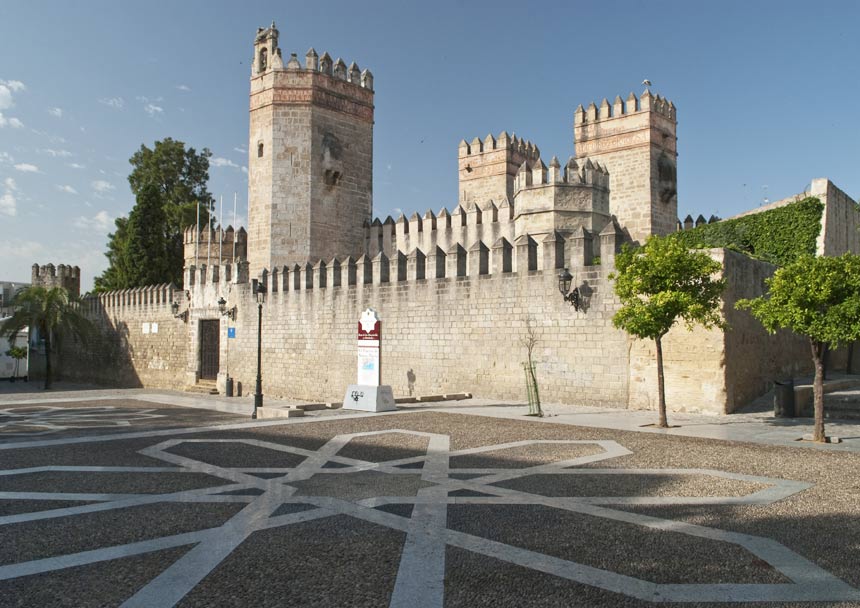 This castle liveda momentous time in our history, since Christopher Columbus lived in it for two years. Here he conceived the route to the India by the West with the support of Juan de la Costa, a resident of Puerto de Santa María.

Strolling through the port,you cantake a walk along Calle Luna,from which you can get toMercado de Abastos, undoubtedly , one of the busiest and popular areas among the residents of Puerto. In its surroundings, the bustle of the city is clearly noted,featuring a broad range of bars where you can eat a tapita,as well as stalls offering interesting and diverse products such as olives, churros, snails or ropa interior.Thist wo-story building of semicircular shape features thirty stores that offer meat, fruit, fish, vegetables; everything in a fabulous atmosphere.

If you continue your sightseeing tour through the old town of Puerto deSanta María, you will find palaces and manor houses, but the real jewel is in Plaza of España, Gran Iglesia Mayor Prioral. Built in 1486 with Gothic Baroque and Neoclassical elements, it was rebuilt in the sixteenth century. It is classified as Bien de Interés Cultural. 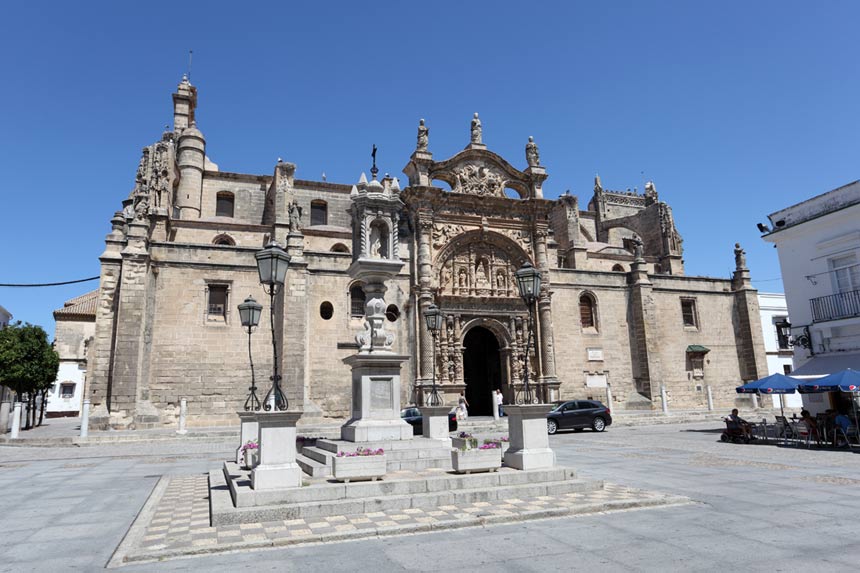 Going down through St. Lucia Street, you will arrive at Plaza de Toros, built in 1880. This is one of the largest squares in Spain. However, if, like us, you don’t like bullfighting, it’s worth stopping and enjoying this spectacular and monumental area. 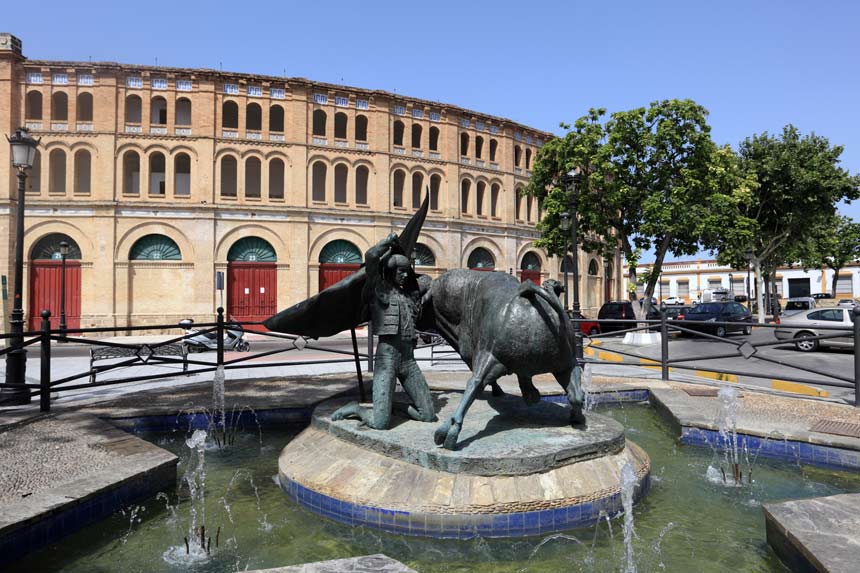 On the outskirts of the port, on Carretera del Portal, you will find the archeological site of Doña Blanca, declared Bien de Interés Cultural. A Phoenician settlement that, during the eighth and third centuries, demonstrated its great economic power based on trading and built a walled city with a large urban planning.

Another of the attractions of Puerto de Santa María is Puerto Sherry, an important marina that boasts unbeatable and fantastic sailing conditions to enjoy the sea.

In Bahía de Cadiz, Parque Metropolitano Marisma de los Toruños y Pinar de la Algaida is the largest park in Andalucía, featuring a surface of more than 10000Ha. It is a natural park that offers visitors a fantastic set of ecosystems, landscapes and numerous activities to perform. 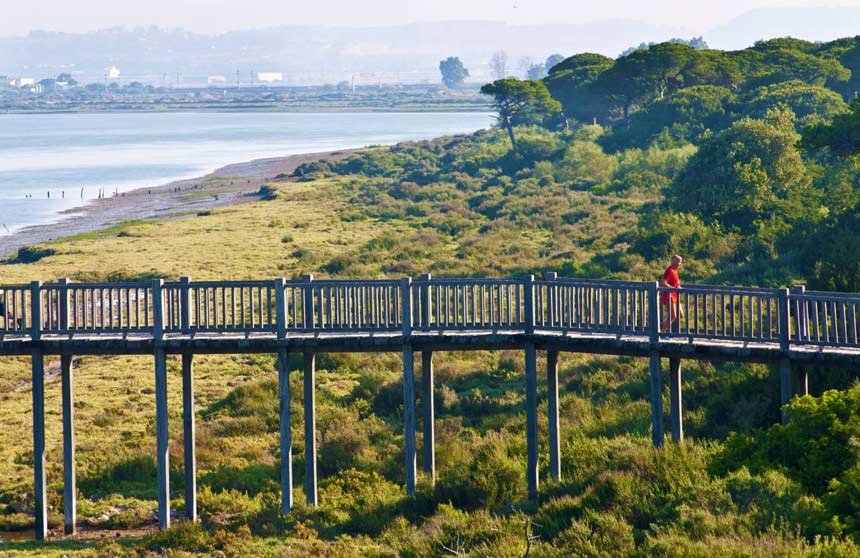 In Puerto de Santa María you will find everything you need to live an unforgettable vacation. 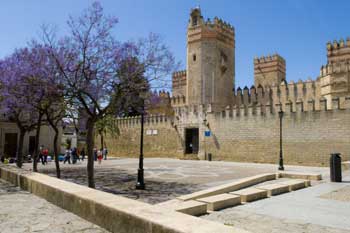 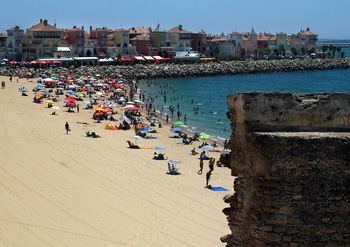 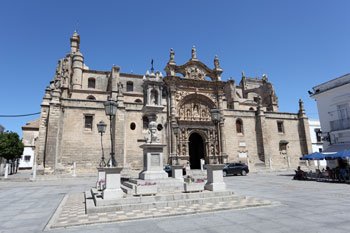 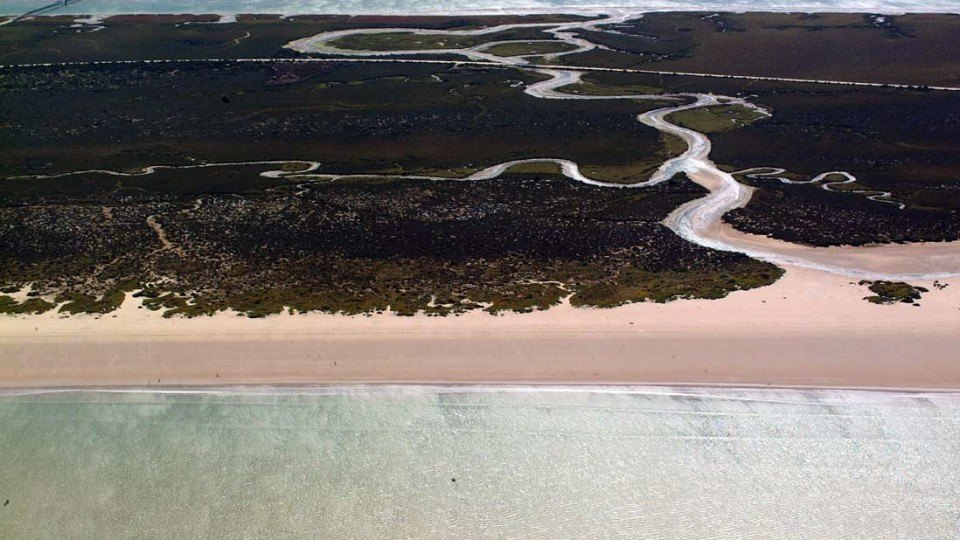 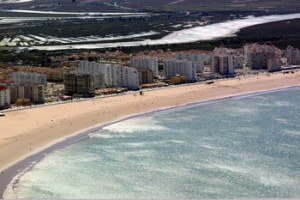 Valdelagrana beach is located in the Bahía de Cadiz, in the municipality of Puerto de… 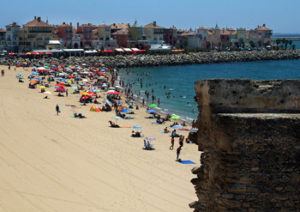 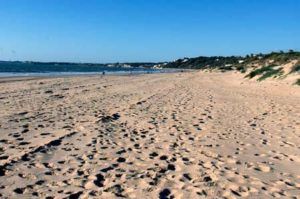 Playa de Santa Catalina features an area of 3 km and is, next to Playa de Valdelagrana, the… 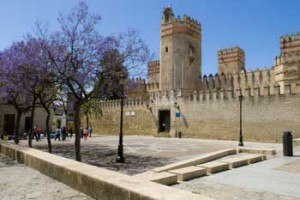 In the heart of Puerto de Santa María, Cadiz, you will find another essential and… 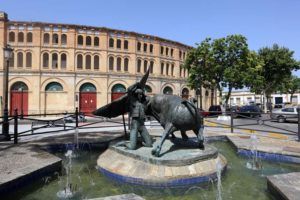 In Puerto de Santa María, Cádiz, there is one of the most important bullrings of Spain,…

In the Bay of Cadiz, we find one of the largest and most important natural parks of… 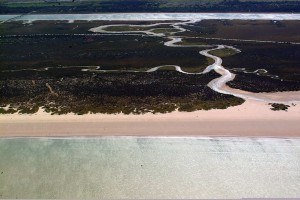 Playa de Levante is one of the essentials tourist spots of this area. Located in the Cadiz… 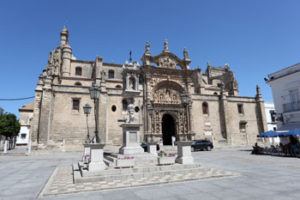 At Plaza de España, in the very heart of the old town of Puerto de Santa María (Cádiz)… 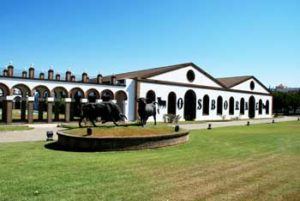 Wine production is one of the main economic activities in the area, and Bodegas Osborne is…

On the outskirts of Puerto de Santa Maria in Cadiz, on Carretera del Portal, we find the…