Mijas, Spain 2021. A charming village. What to see and do? - Tripkay guide

The white capital of the burro-taxi. The municipality of Mijas in the Costa del Sol is one of the most beautiful villages in Andalucía, a village nestled in the mountains keeping the typical charm of the white Andalusian villages.

Contenidos ocultar
1 What is Mijas like?
2 Tired of the sun and the beach? Discover what to do in Mijas
3 Donkey ride – Burro taxi in Mijas
4 Best hotels and places to stay in Mijas
5 Activities, Guided Tours and Day Trips in Mijas
6 MIJAS, LIVE AGAIN – Mijas pueblo Video

The beautiful picture of endless white houses climbing up the slopes of the Sierra de Mijas, in contrast to the deep green of the pines, offers one of the most recognizable and picturesque images of Andalucía.

The village consists of three urban centers which are: Mijas Pueblo, located at the foot of the homonymous Sierra at 430 meters above sea level, Las Lagunas, which is the modern part of the town along Fuengirola, and La Cala, located on the seafront with more than 12km of coastline. There the town offers a great number of beaches for all tastes. However, Mijas village, remains the major focus of attraction for national and international tourists because of its typical Andalusian white village beauty. 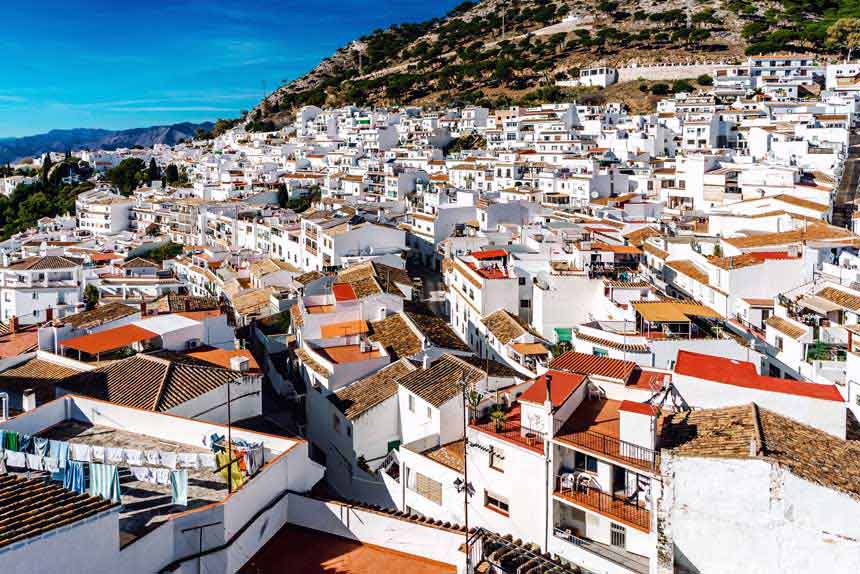 Tired of the sun and the beach? Discover what to do in Mijas

Well you’re in luck; just 30 km from Malaga is this beautiful town of white architectur, birthplace of the donkey-taxi. Yes, yes, you read that right, since the middle of last century, the real protagonist of this small town is the donkey. One of the biggest attractions is climbing on the back of this beautiful animal to walk the streets. 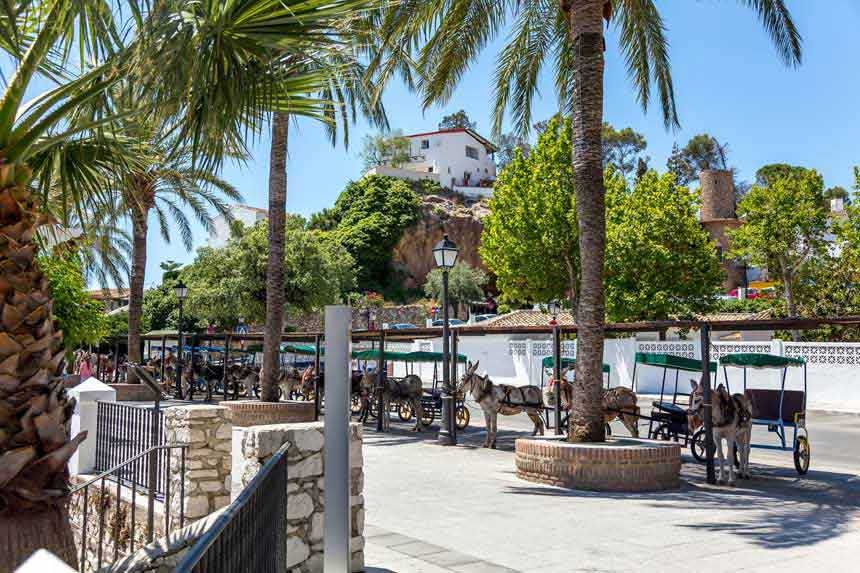 The maze of narrow, cobbled streets dotted with white whitewashed houses contrasted by colorful flower pots and flowers that decorate the balconies, is an image that will remain etched in your mind for a long time.

Some of the most emblematic places in the village are the Ermita de la Virgen de la Peña and the Mirador del Compás from where the views are breathtaking. You can also visit the Plaza de Toros and the Castillo de las Murallas to stroll through the gardens and tour the walls of an ancient castle of the fifteenth century, declared Heritage of Cultural Interest in 1985. 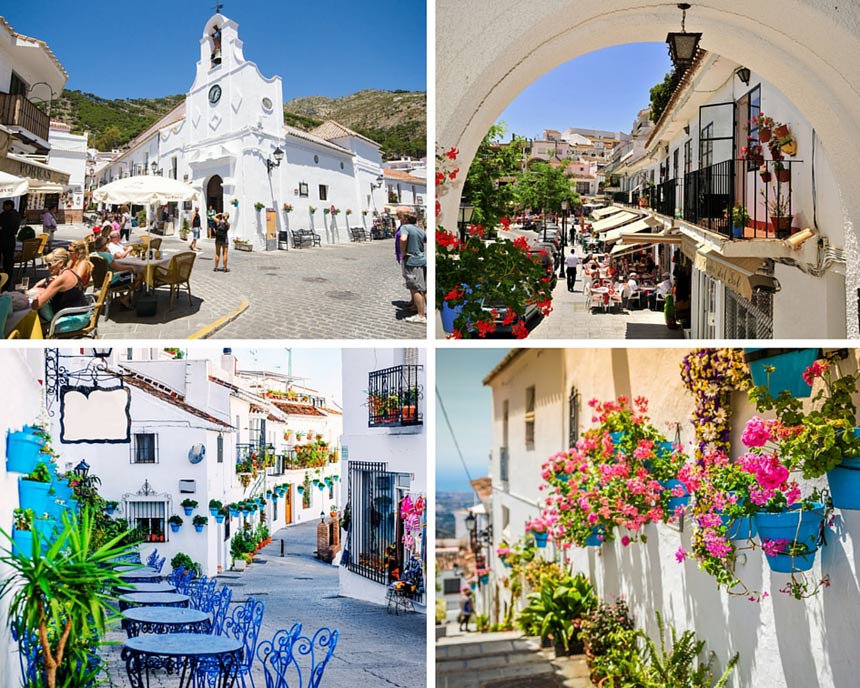 Located in what was once the center of Mijas, we find the beautiful Church of the Immaculate Conception. Constructed in the XVI century on the ruins of an ancient Arab mosque of its Moorish tower he took advantage as belfry. The church has three separated by arches supported on Tuscan columns ships, and two side chapels under which there crypts with graves. It preserves wonderful frescoes inside eight on the Apostles of the Baroque era. 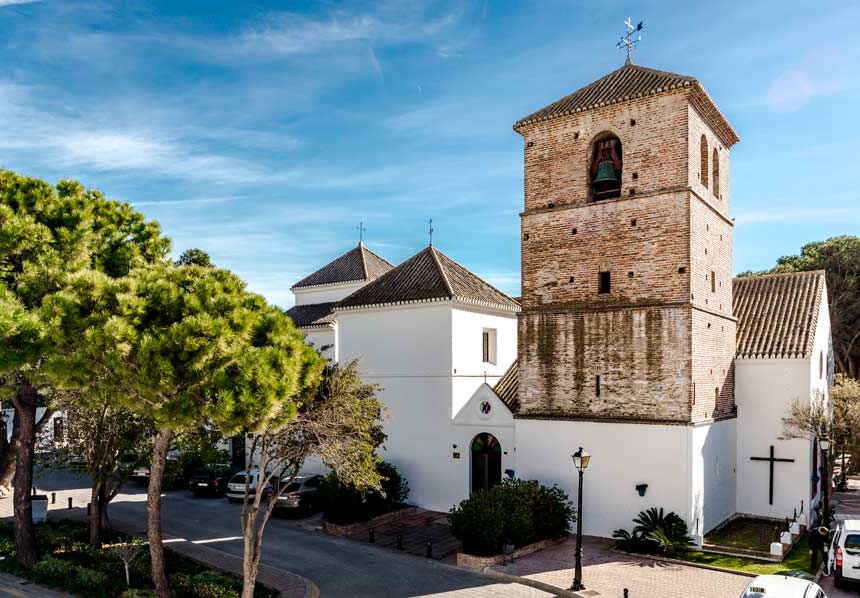 It all started in the 50s, when workers returned home riding on their donkeys and were surprised that tourists wanted to take pictures with them, and even climb on their donkeys to give them a succulent tip later. What began as a game, gradually became a business, and today there are over 60 burro-taxis in town that charge 15 € per ride. 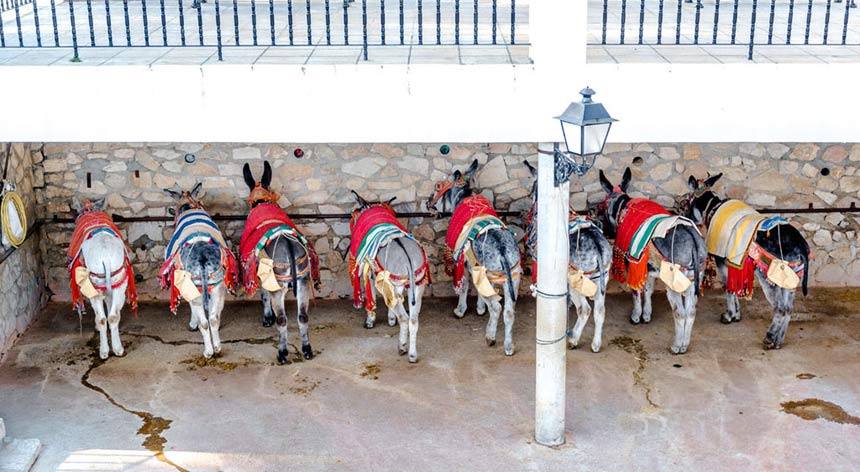 Best hotels and places to stay in Mijas 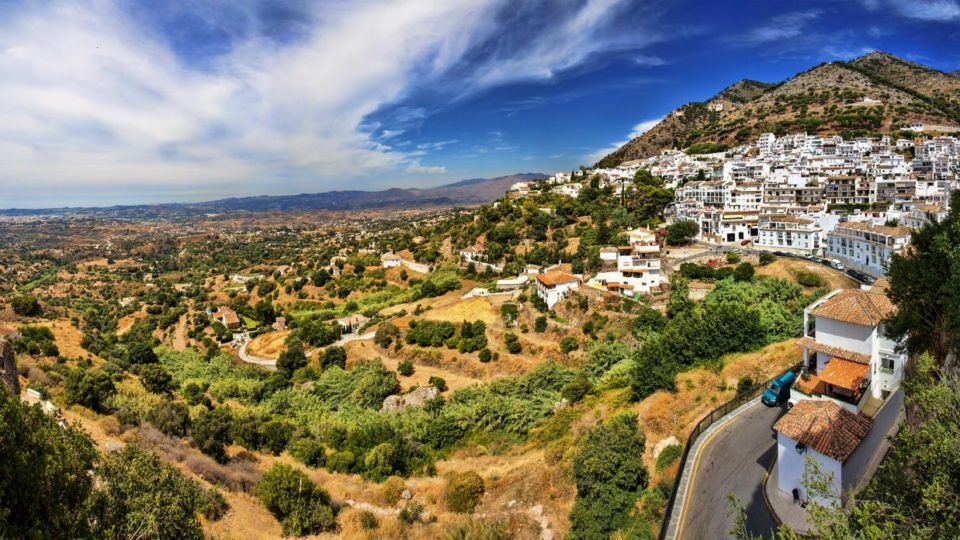 The famous white towns perched in the mountains of southern Spain are well known for their beauty and spectacular views. Interestingly, the towns haven’t always been white – they were painted white as a way of improving sanitary conditions after a royal decree. The Route of the Pueblos Blancos: Their history fascinates all who come to visit; all of the …

END_OF_DOCUMENT_TOKEN_TO_BE_REPLACED 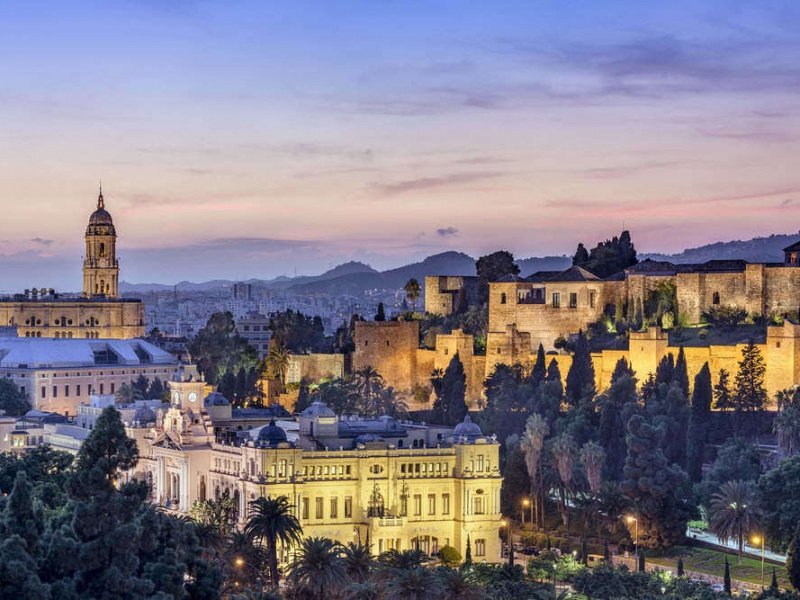 Whoever thinks that the Costa del Sol is a destination exclusively for those looking for sun and beach, is very wrong. Since the Costa del Sol, besides being an idyllic holiday place for the whole family in summer, it also offers a great variety of activities to do during the winter months. In addition, it has a special charm in …

END_OF_DOCUMENT_TOKEN_TO_BE_REPLACED 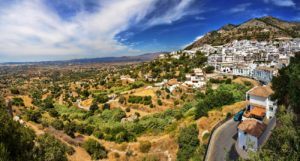 The white capital of the burro-taxi. The municipality of Mijas in the Costa del Sol is one… 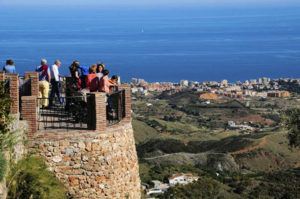 The remains of the Mijas Castle 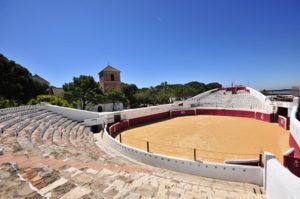 Bullring of Mijas and the Museum of Bullfighting

Virgin of the Rock hermitage 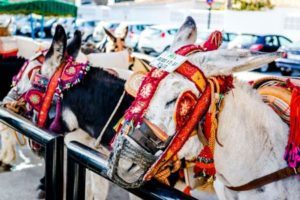 In Mijas, the real protagonist is the donkey. So much that in recent years the image of…