The walled enclosure of Vejer de la Frontera in Cadiz cover an area of about 4 hectares. Its walls of about 2m thick extend over 2km long, zigzagging through the village, trying to adjust to the steep slopes of the terrain.

Vejer de la Frontera is situated on a hill, causing its population to develop a defensive personality. The walls helped defend the castle that is located inside, in the center, right at the highest point of the hill. The castle was owned by the Dukes of Medina Sidonia until the end of the 19th century, when it would pass into other hands.

Today it is a private residence and is kept in very good condition; even some vaulted rooms remain intact. It was declared a National Monument in 1931. Currently, Vejer de la Frontera has one of the most beautiful and best preserved historical and artistic ensembles of Andalucía. 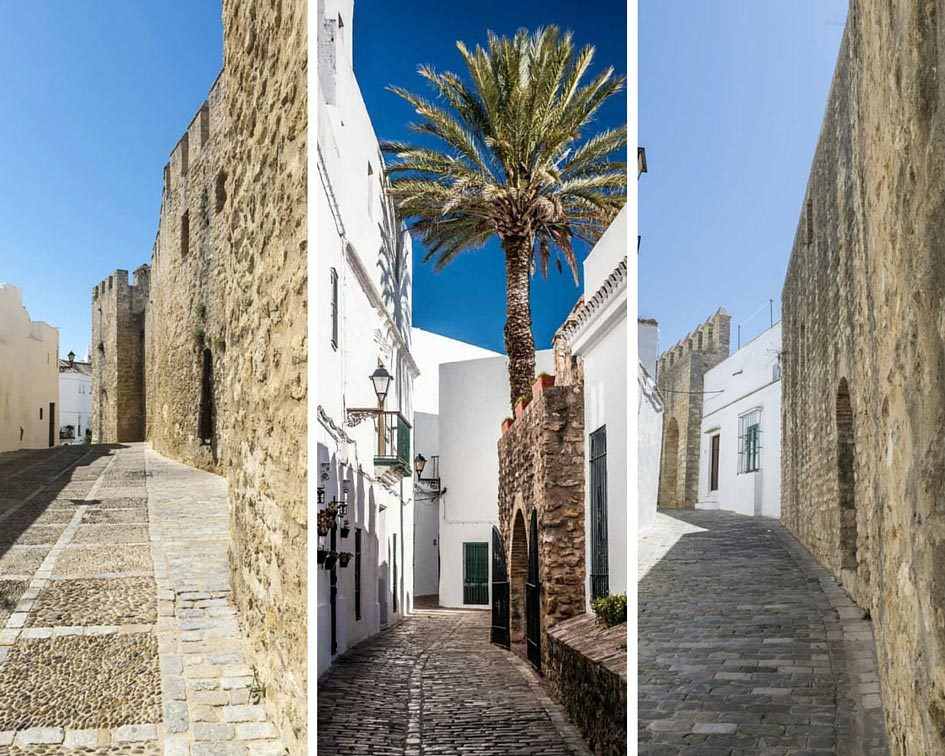 The Towers of the walls of Vejer de la Frontera

The walls are protected by three towers called Torre del Mayorazgo, Torre de San Juan and Torre de la Corredera and 4 access doors, which are Arco de la Vila, Arco del Sur, Arco de la Puerta Cerrada and Arco de Sancho IV
After the Reconquest and the expulsion of the Arabs in the year 1307, the village became owned by Señorío de Guzmán el Bueno, who ordered the reconstruction of the battered walls. This considerable project aimed at remodeling the most beautiful parts built by the Arabs and rebuilding the walled city. 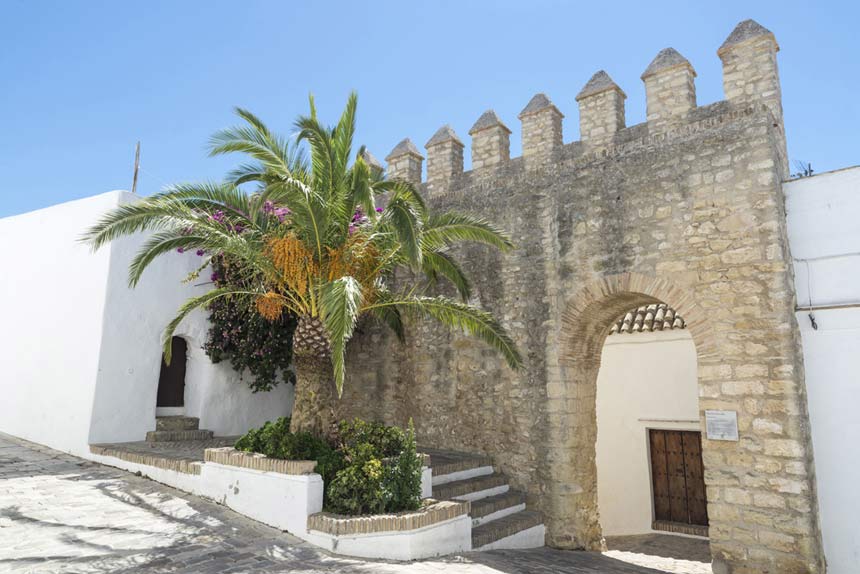 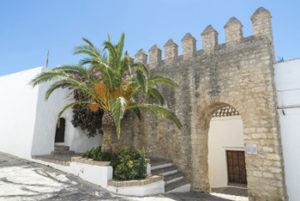 The walled enclosure of Vejer de la Frontera in Cadiz cover an area of about 4 hectares.…