The old town is formed by beautiful half-cobbled streets that ascend the impressive castle of Peñíscola located in the highest part.

The Old Town of Peñíscola is accessed by the Portal de Sant Pere, the old entrance to the walled city. A charming place where you can explore its beautiful narrow cobbled streets, discover its secrets slowly, enjoying craft shops, fashion, souvenirs and small bars and restaurants with terraces where you can make a short stop for refreshment.

Within the Old Town of Peñíscola, we find countless monuments and landmarks like; the Church of Santa Maria, the Hermitage of the Virgen de la Ermita and Portal Fosc or other important spots as El Bufador or el Parque de Artillería. 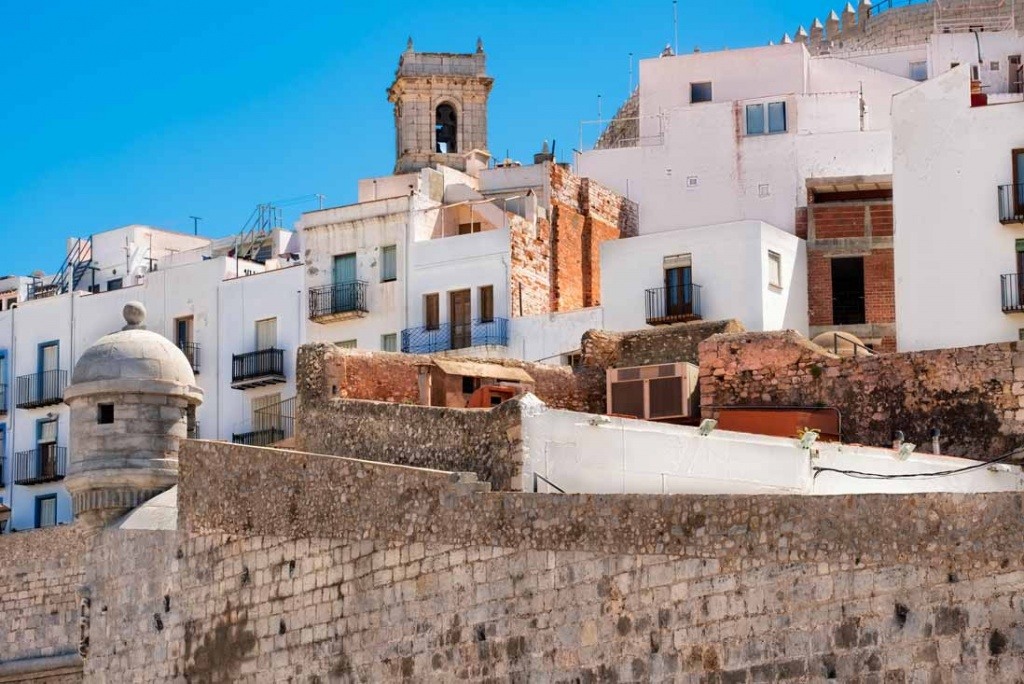 One of the first stops of the tour is El Bufador, it is a big gap or crack in the rock that runs inside the crag and flows into the city center. During the days of strong weather, you can see and hear the clanging causing sea waves to crash against the cavity.
A little later, we find the beautiful Museo de Mar, a tribute to the seafaring tradition where through its collection, photos, prints, drawings and audiovisual media they seek to preserve cultural heritage, installed in the Baluarte Prince. It is an ancient fortification in which can still be seen artillery cannons on the wall. 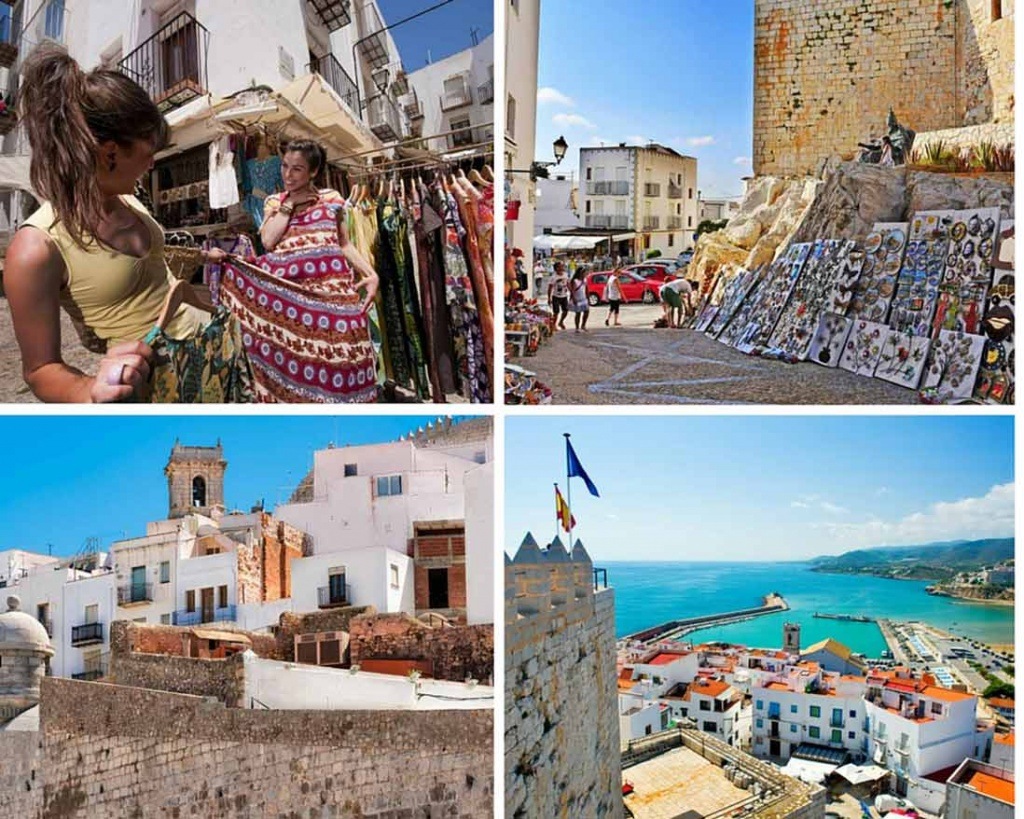 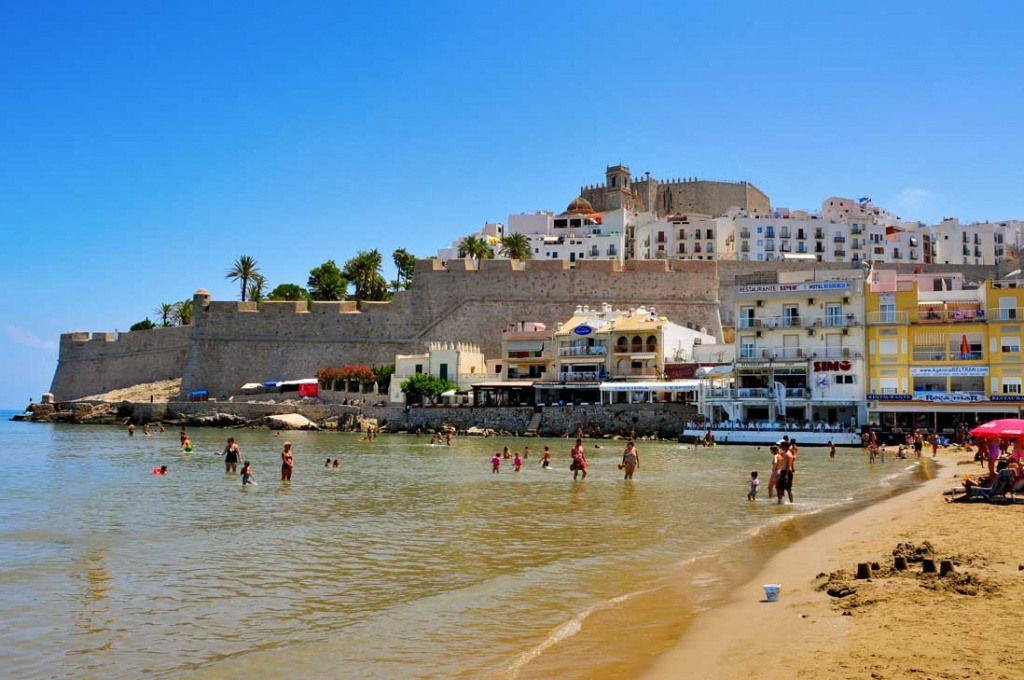 Continuing the tour, you get to Casa de las Conchas, a real dream, a house like it was taken from a story, completely covered with seashells. You can also enjoy the Parque de Artillería, located next to the fortress. It was the old tinderbox of the city and is now a botanical park.
In the old town of Peñíscola, rises its imposing castle

In the highest Parth, there is the Peñíscola Castle which was created in 1294 by the Templar Knights on an ancient Moorish fortress and was the papal seat where took refuge for a few years the Pope Benidito XIII or Pope Luna. 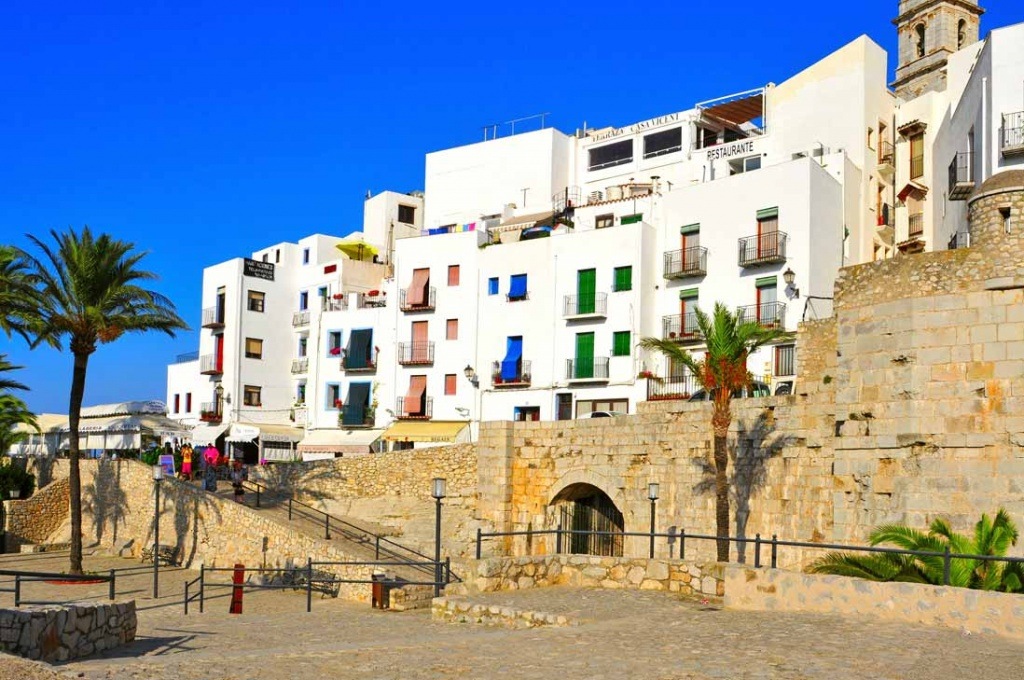