Sa Caleta is a typical Ibizan postcard, a beach located south of the island of Ibiza, not too touristic and a natural harbor where we will find picturesque boathouses bathed by crystal clear waters and incredible sea beds.

Contents hide
1 How to get to Sa Caleta beach?
2 Information about Sa Caleta:

Sa Caleta, also known as Es Bol Nou, is a virgin beach located south of the island just 9 km from Sant Josep. The seabeds of Sa Caleta are very rocky and abundant in seagrass meadows, which makes the area count on abundant marine life and exceptionally clean and clear waters providing very good visibility. If you like diving or traveling with kids, do not forget your goggles because this is a perfect place for snorkeling or diving.

It is a beach less frequented by tourists, which gives it even more charm. The most frequent people there are the owners of boathouses who spend the day working with networks, or chatting with their families on weekends. 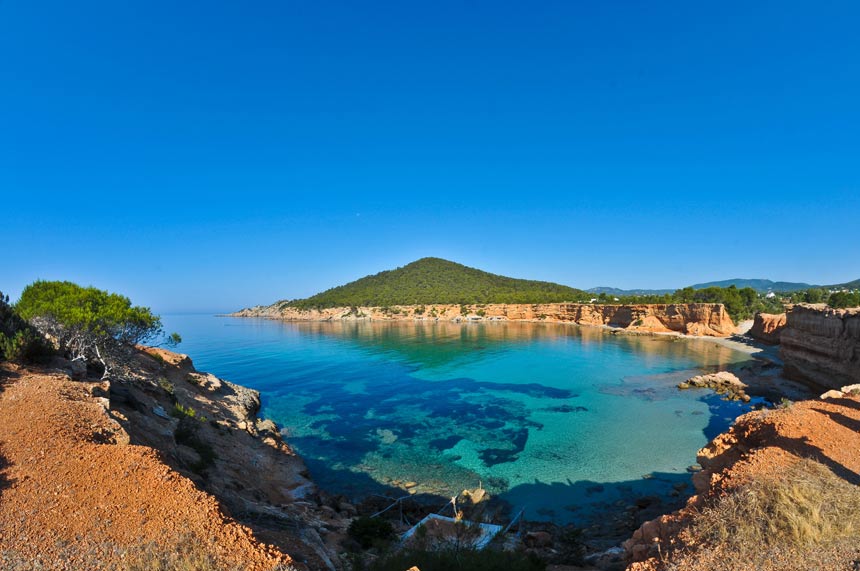 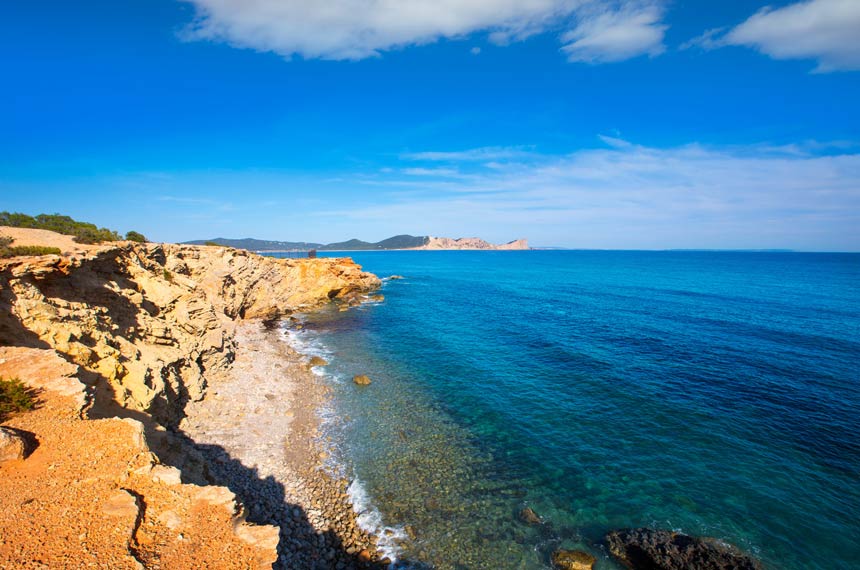 Traditionally it was used as a natural harbor since it has a large number of boatyard houses where fishermen keep their typical Ibizan boats called “yaguts”. The cove is formed by rocks and red sand and these old buildings or docks are fitted in its rocks, the cove is surrounded by deep green forest that contrasts with the color of its waters.

At about 200m from Sa Caleta we find that for many it is the best restaurant in Ibiza: Sa Caleta Restaurant built in a historical sailor shelter by a fishermen son. 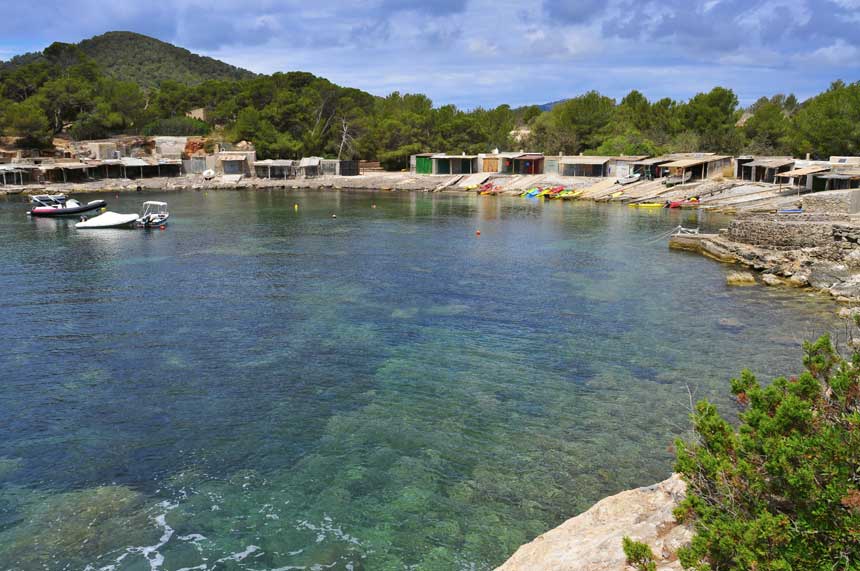 Sa Caleta Beach is near the Phoenician archaeological site, which has been the most important archaeological discovery in recent years and is part of the naming of Ibiza as a World Heritage Site called “Ibiza, biodiversity and culture”.
The Phoenician site of Sa Caleta consisted of small houses, alleys, walking areas and common as small squares, there have been two ovens circular floor of about 2m, and in the eastern part of the peninsula , coinciding with a small mouth of a river , they did serve this cove as a natural harbor pier area that even today remains in use and is a refuge for fishing boats . 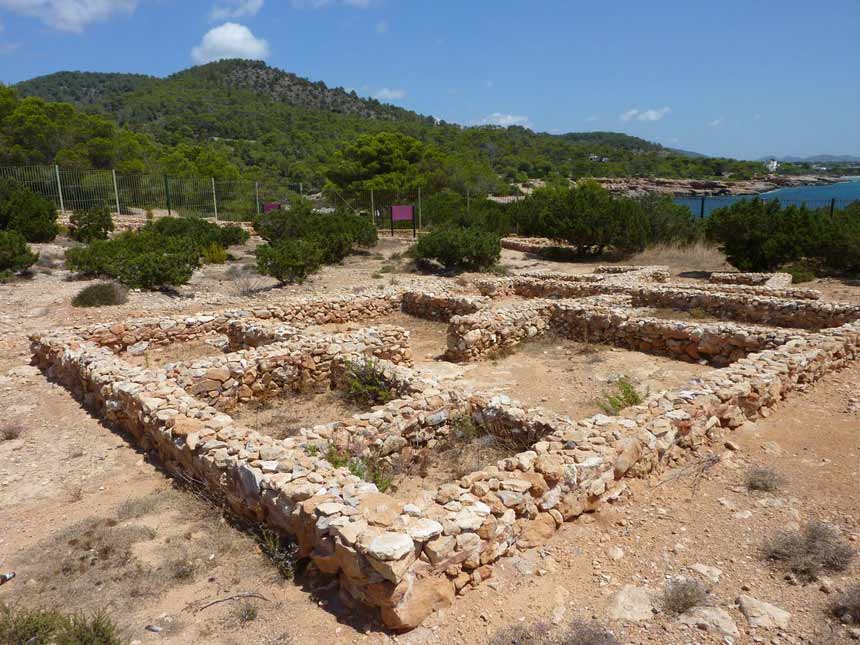 How to get to Sa Caleta beach?

From Ibiza, take the PM-803 highway for 9 km until you see the turnoff to Es Jondal. Then in 4 kilometers you will find the signs to Sa Caleta and Es Bol Nou. 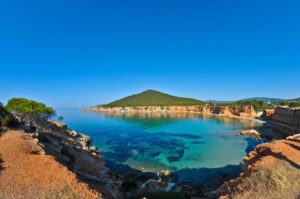 Sa Caleta is a typical Ibizan postcard, a beach located south of the island of Ibiza, not…