An impressive church-fortress of the 14th century that for decades protected its inhabitants from the constant pirate attacks.

The church of San Antoni is situated west of the island in the municipality of San Antoni de PortMany and is the second oldest in Ibiza. Its construction was made by the archbishop of Tarragona, which authorized the inhabitants to build a church for not having to travel in 1305.

Later, back in the 16th century, the island was a continuous target of attacks by pirates and corsairs that plagued the coastal villages to loot. That was when they decided to build the church of San Antoni, a temple without windows, solid walls and iron doors that served as a religious temple while protecting themselves when needed. 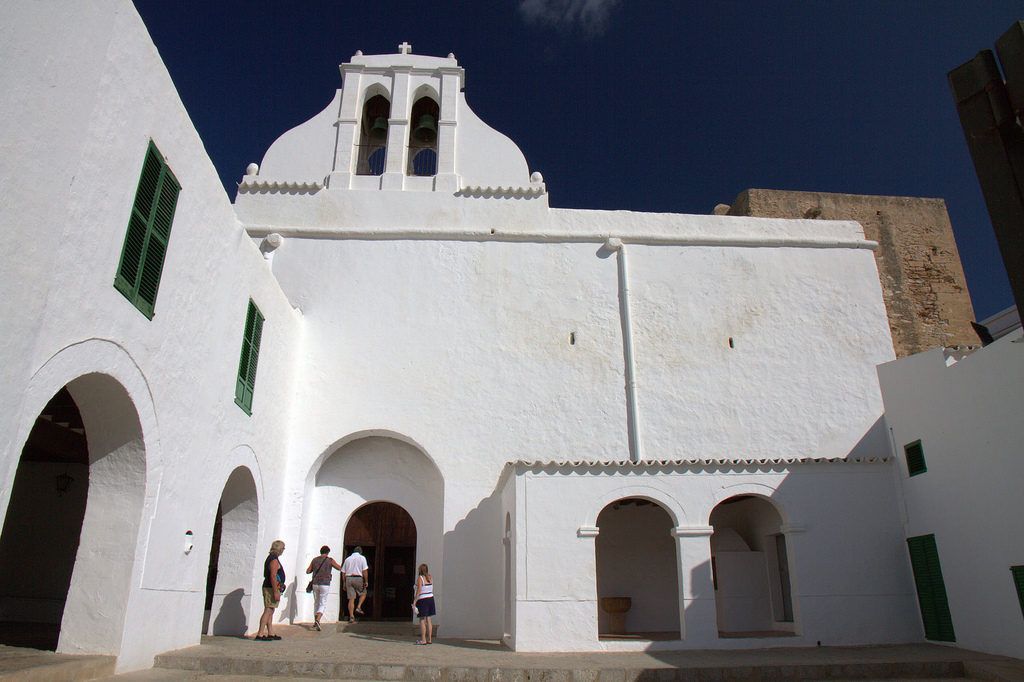 When the pirates threatened the coast of San Antoni they were right away seen by the sentries, who immediately warned the population that quickly ran to hide in the church. At the top of the tower stood cannons to repel the attacks.If the privateers got too close, they threw boiling oil from the top.
The church is a veritable museum, holding many objects of great value like a very ancient image of Santa Inés, marble angels or very old paintings.

Around the church is a concentration of a large number of shops and restaurants. 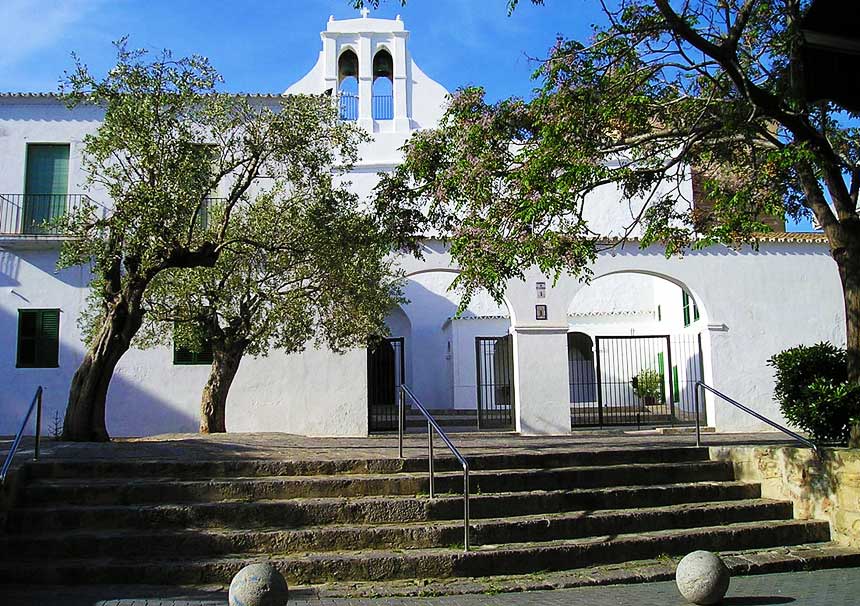 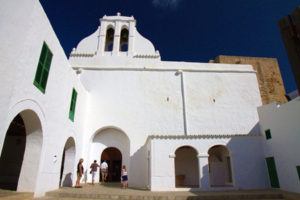