Located in the municipality of Santa Eulalia is this tower which is part of the defensive system of the island in the XVIII century.


This defensive tower located opposite the island Tagomago has a height of 70m above sea level, and from there all of the territory is controlled between Punta Grossa and Cap Roig. The tower consisted of 2 floors and one terrace on the top. On the ground floor was the tinderbox and a small area with food and supplies to survive a siege. 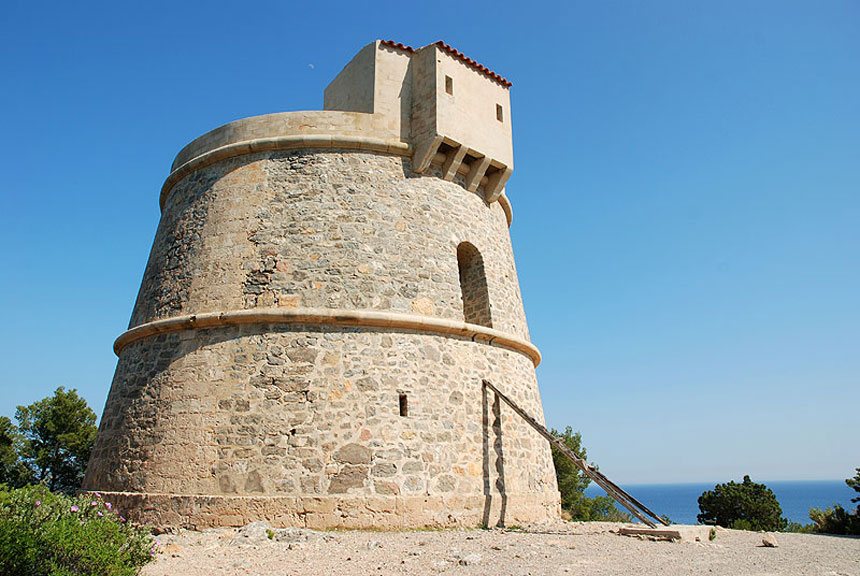 There was a staircase to access a diaphanous floor for surveillance featuring stairs going up to the terrace, there were also two long-range cannons. At that time the island lived in constant threat from pirates and privateers who pillaged coastal populations whenever they could and terrorized its inhabitants, so the island had a defensive system along the coast.

The tower we can see today is only a recreation of the original tower, because it had to be rebuilt because of a huge explosion that destroyed almost completely. The causes that destroyed it are not well known; some say it was struck by lightning, others say it was a disgruntled neighbor who, to avenge his wife’s lover, did blow up the powder keg of the tower, but it is part of the legends of the island. 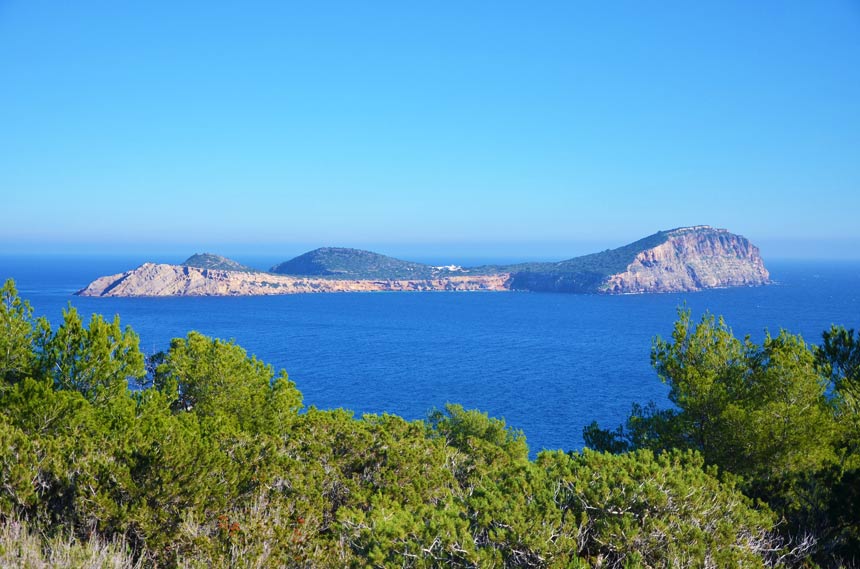 How to get to defensive tower den Valls ?

It must go to Canal den Martí (Pou des Lleó) and cross the beach. When they reach the restaurant parking Salvadó, you will see that the dirt road still ahead. Keep for straight about 600 meters. There have to park and walk about 100 meters to the tower. Drive carefully because the road is not in very good condition 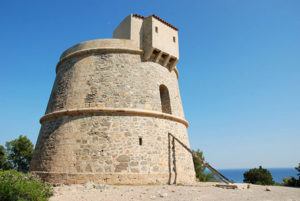