If you seek a broad variety of experiences, Tenerife’s famous climate will allow you to enjoy both terrestrial and aquatic activities most of the year. Enjoy the island’s breathtaking mountains, ample leisure activities, and relaxing atmosphere, surrounded by varied microclimates and interesting terrain, unspoiled ocean, and fresh salt air. Thousands of visitors tour the island every year to partake of the island’s atmosphere and fun-loving culture. 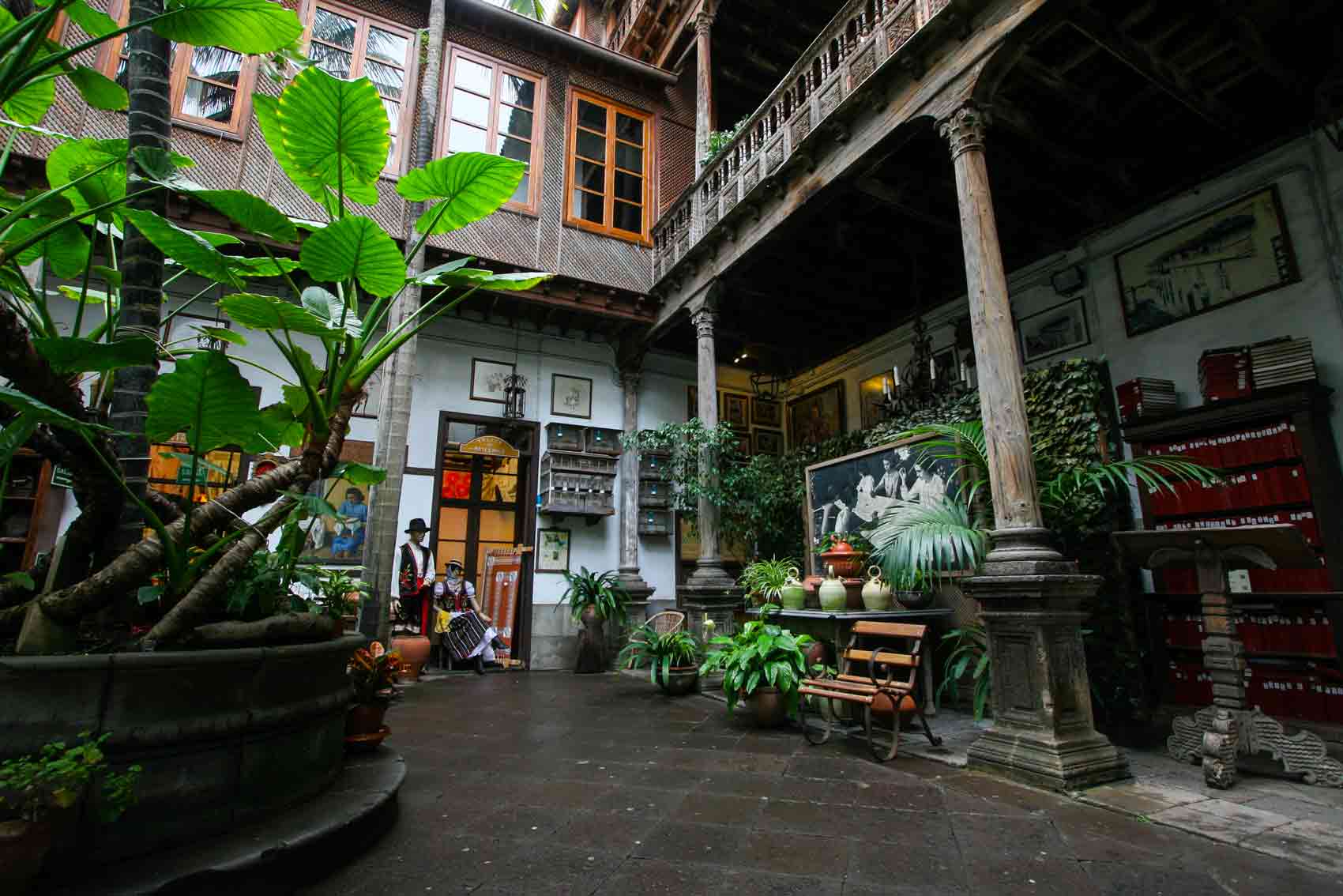 Fun days at the beach, sailing and nature 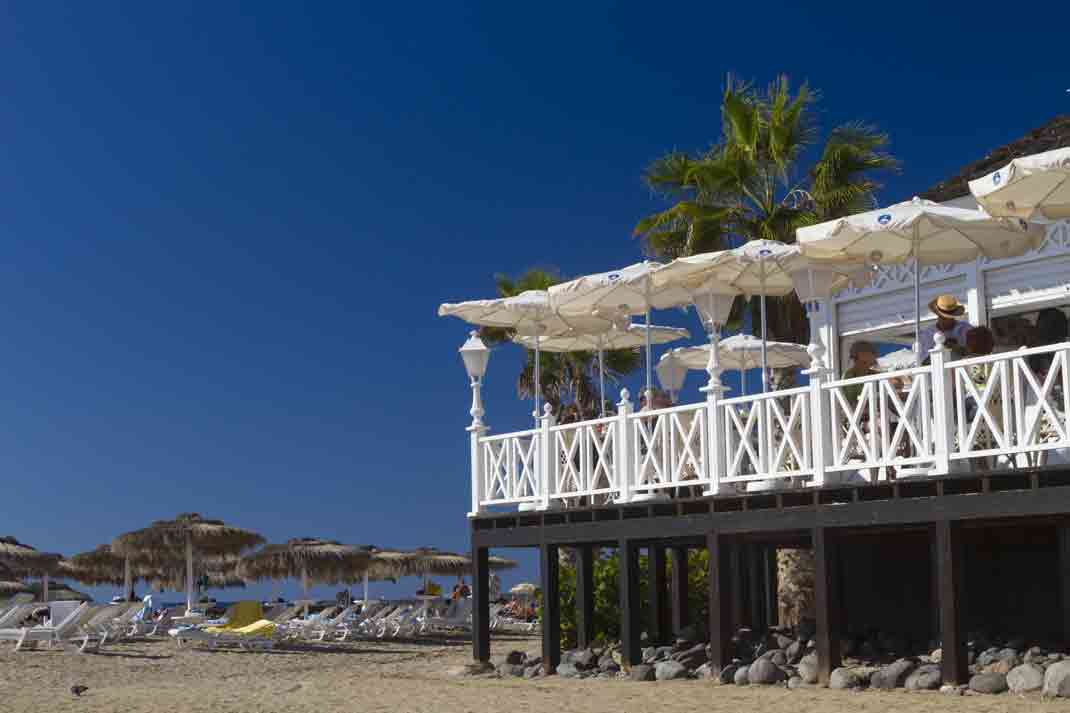 This variety of beaches makes Tenerife one of the most popular and prestigious international tourist destinations.

The best beaches in Tenerife:

Here is the Tripkay’s list of popular beaches that you can’t avoid visiting on your trip to Tenerife:

Arona is a popular tourist destination, located in the south, with one of the largest urban beaches where you can enjoy a broad variety of water activities. The beach boasts meticulously groomed golden sand, numerous amenities, and proximity to restaurants where you can step off the beach to enjoy tapas, shopping, or fine dining. 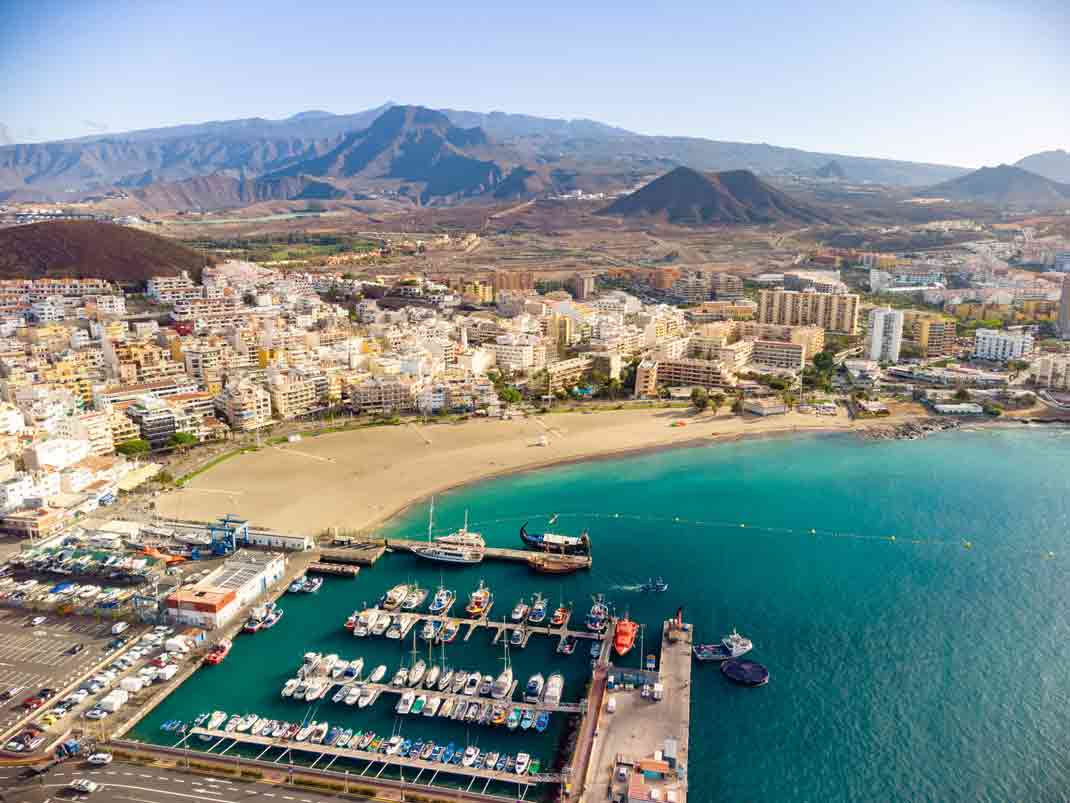 One of the virtues of this beach are its quiet waves; the placidity and tranquility of its waters. It’s an ideal beach to go with your partner or children.

Playa de Benijo is blessed with unique geologic features which jut up out of the ocean like fairytale castles – some of these tiny islands are accessible during very low tides. This tremendously beautiful beach is located in the Anaga Massif, a Biosphere Reserve of the Canary Islands. 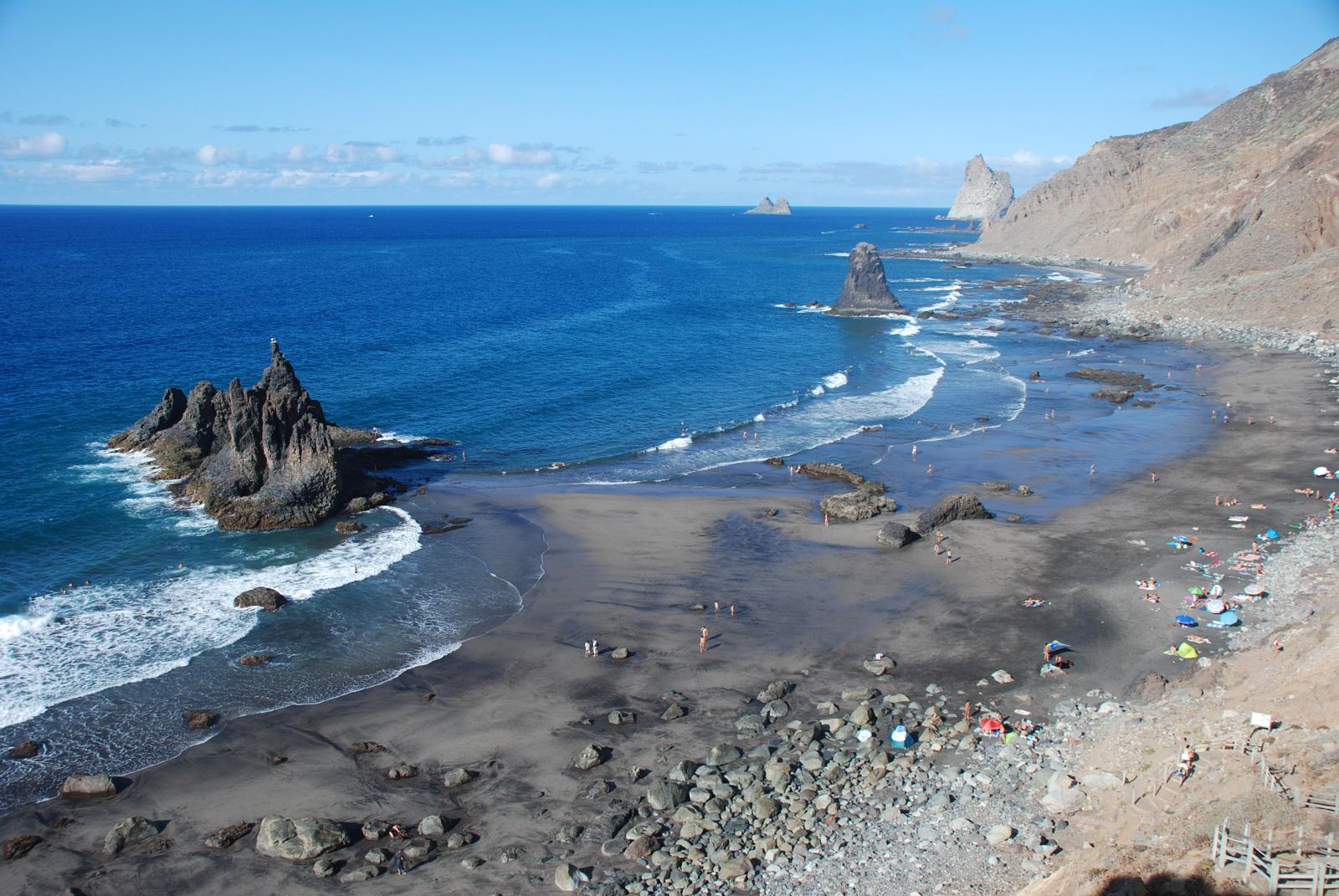 If we are looking for a sanctuary to enjoy photographic sunsets, this is the place.

Thanks to a low influx of people, this beach is perfect for sports such as scuba diving and naturism. It’s an authentic paradise, practically unspoiled, to replenish your spirit and feast your eyes.

Let’s move to the nature reserve of Montaña Roja. Playa de La Tejita may be less than 1 km long, but it is blessed with golden sand, crystal-clear water, and waves perfect for body-surfing and wave-jumping. 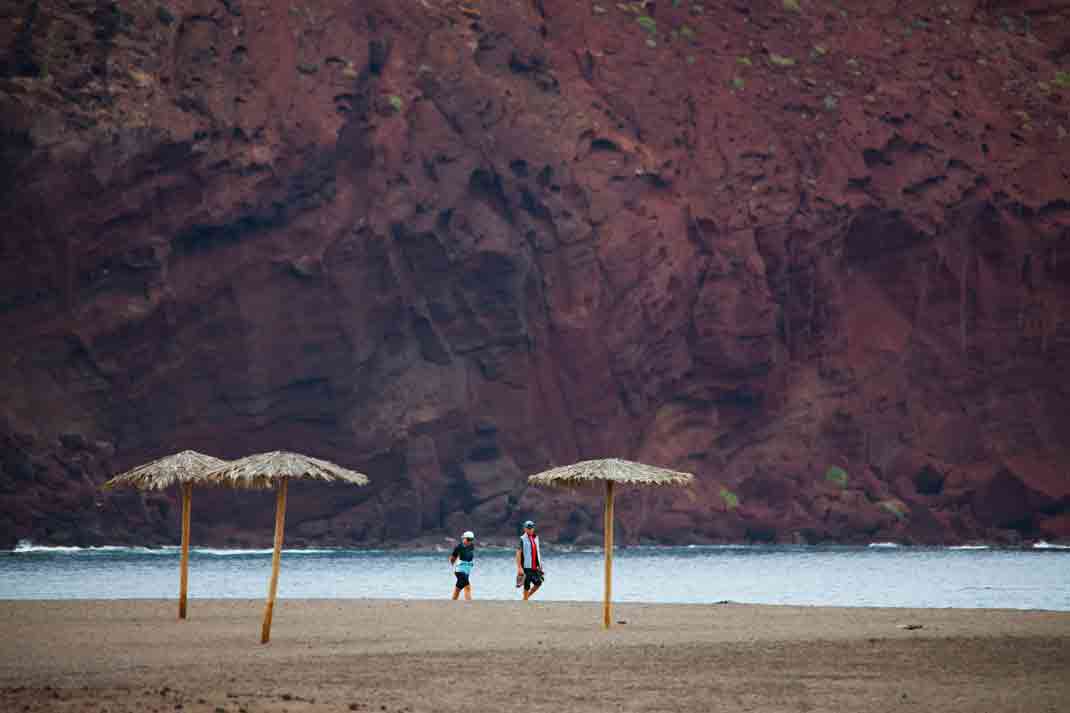 This unspoiled beach – away from urban areas or people – is a nature-lover’s paradise, perfect for playing frisbee, building sand-castles, and snapping photographs to upload to Instagram. Due to a persistent undertow, very small children should remain under close supervision while in the water. 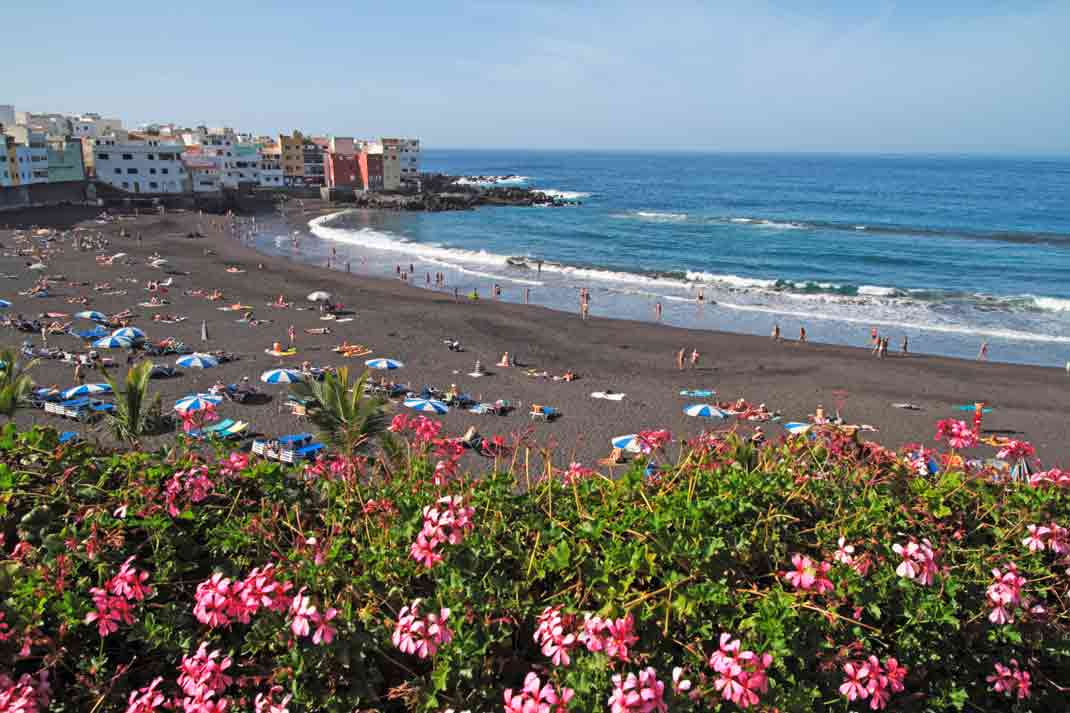 Built in black sand, the beach was designed to inspire maximum tranquility.

If you prefer a sophisticated beach with “extra features”, Playa de las Americas has everything a vacationer demands. An infinity of services is concentrated around this urban beach, including restaurants, chiringuitos (beach bars), large leisure areas, karaoke, and of course bars and discos. 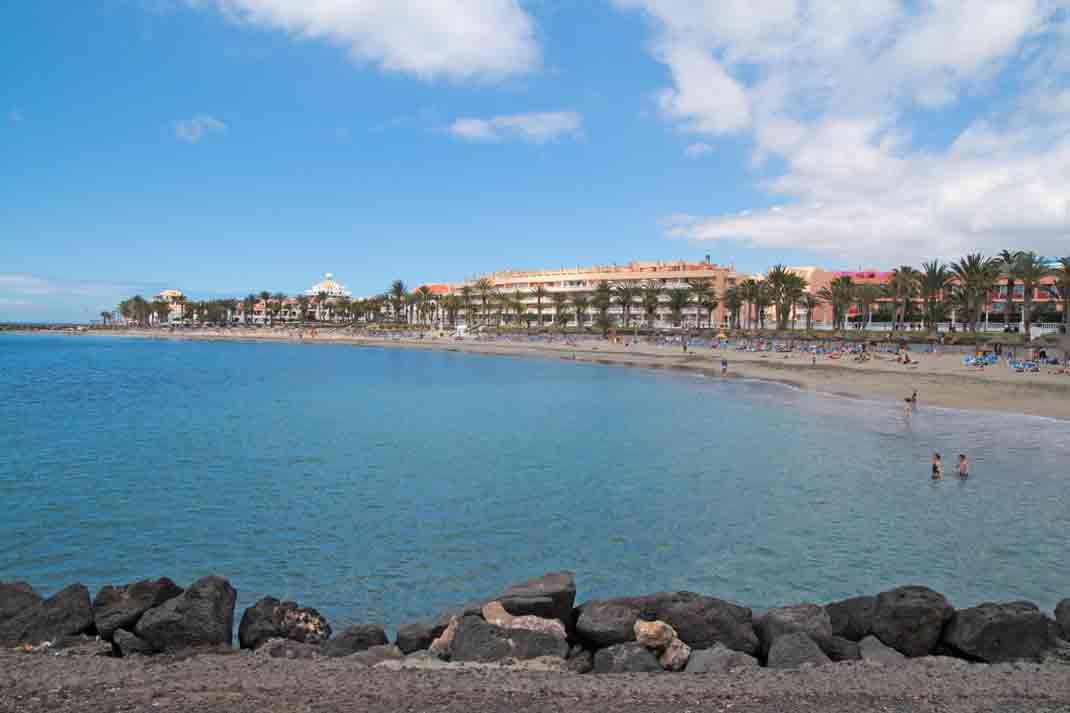 This beach is family friendly, but it’s also suitable for groups of friends, as well as lovers of a broad variety of water sports.

Playa de Bollullo, located in the area of El Rincón, in La Orotava, has a wild, natural charm thanks to its fine black sand, surrounding cliffs, and picturesque rock-formations. Surfers flock to this beach most of the year to enjoy the swells, but there is no lifeguard on duty, so be sure to watch the current with very small children. While the beach isn’t very large — about 160 meters long – there’s a natural cove which adds another 60 meters. 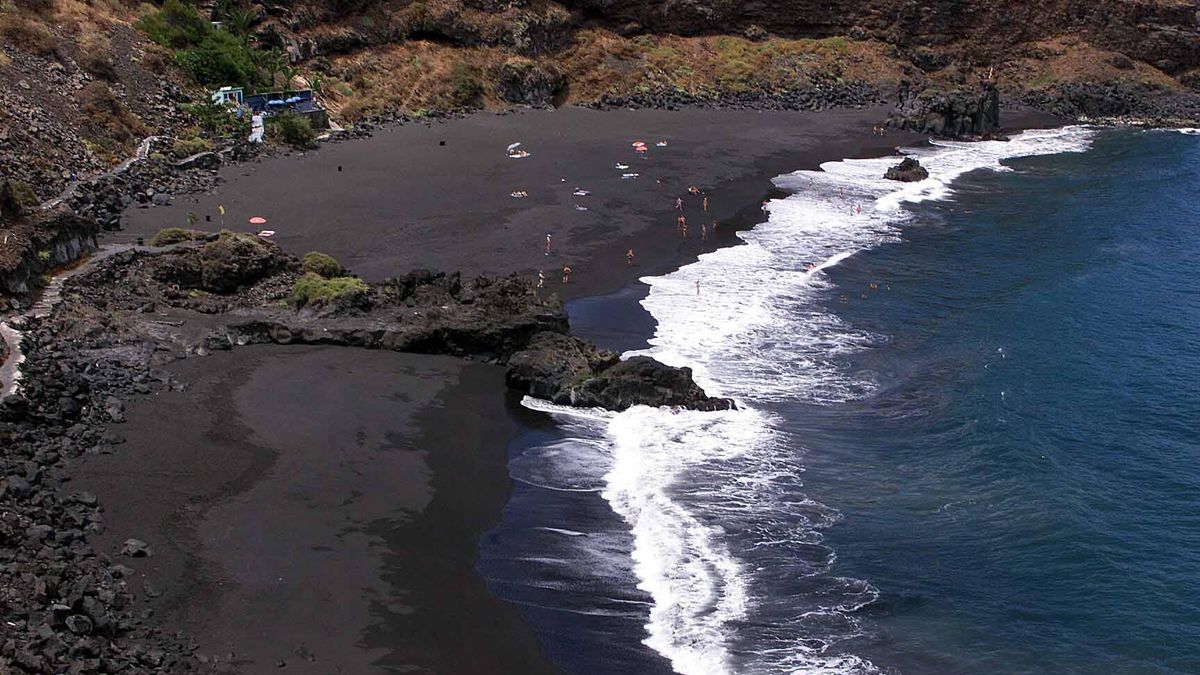 Access is easy and there are several parking areas where you are usually charged 1 € to park. On the way there, are several places to eat, while on the beach itself, there is a beach bar, as well as hammocks and umbrellas for rent. This is one of our favorite beaches on the island.

Las Teresitas, located in Santa Cruz de Tenerife, in the town of San Andrés, is one of the most iconic beaches of the island. This beach is popular with locals, and also families with children, since it’s protected by a dike which keeps the water calm. Approximately 1 km long, the entire beach is surrounded by palm trees, as well as fine golden sand, imported from the Sahara Desert to give the entire beach a beautiful, tropical look. 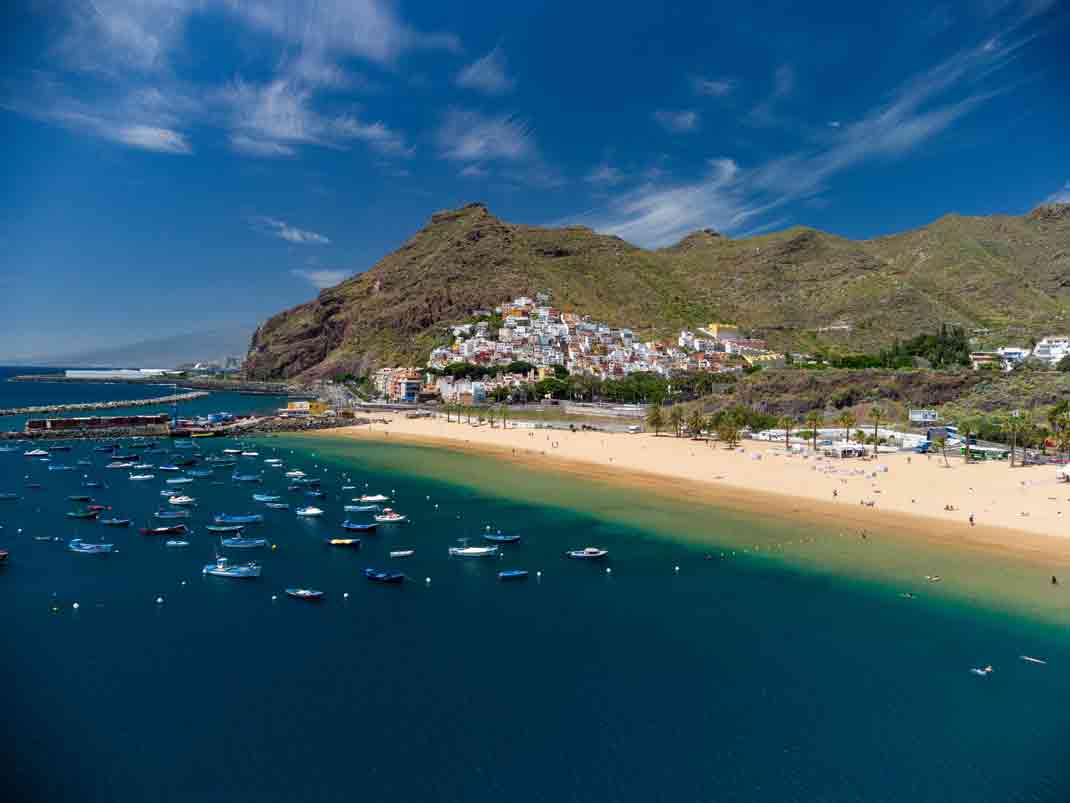 The beach offers all kinds of services, as well as beach bars to enjoy the cuisine of Tenerife. In the summer, the beach is popular and crowded, but during the off-season, it’s the ideal place to spend an entire day at the beach.

While visiting the Canary Islands, be sure to visit its natural parks. Here is a  sampling of nature trails, some of the most beautiful places you should visit during your stay on the island.

Parque Nacional del Teide is one of Tenerife’s most precious natural jewels; dominated by Pico de Teide (Mount Teide), the largest volcano in Spain at 3,718 feet above sea level. Listed by UNESCO as a world heritage site since 2007, it is considered one of the twelve treasures of Spain. 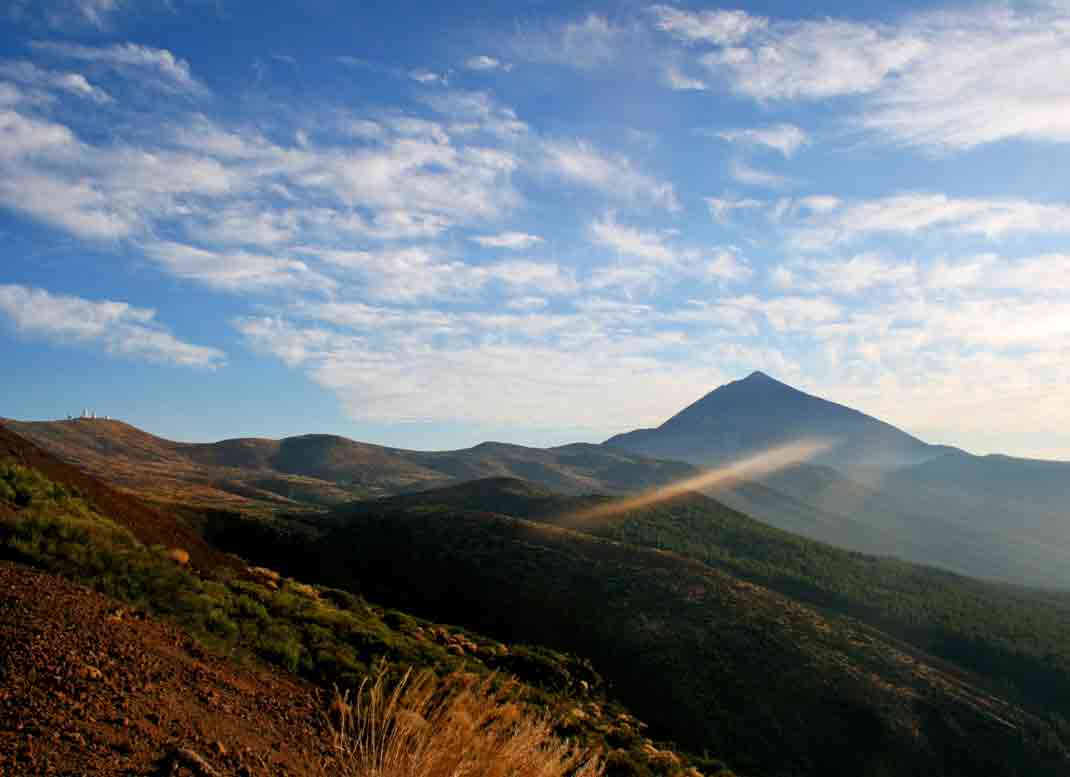 Plan your excursion to reach the peak at either sunrise or sunset; to watch it cast its triangular shadow like a perfect “sundial” towards La Gomera (at sunrise) or Gran Caneria (at sunset).

Surrounding Parque Nacional del Teide is a large, unspoiled forest, Parque Natural de Corona Forestal, covering almost 50,000 hectares (125,000 acres). Unlike the the alien landscape of nearby Pico de Tiede, the coronal forest is dominated by ancient pine trees. Take a deep breath — the scent will remain with you throughout your life. 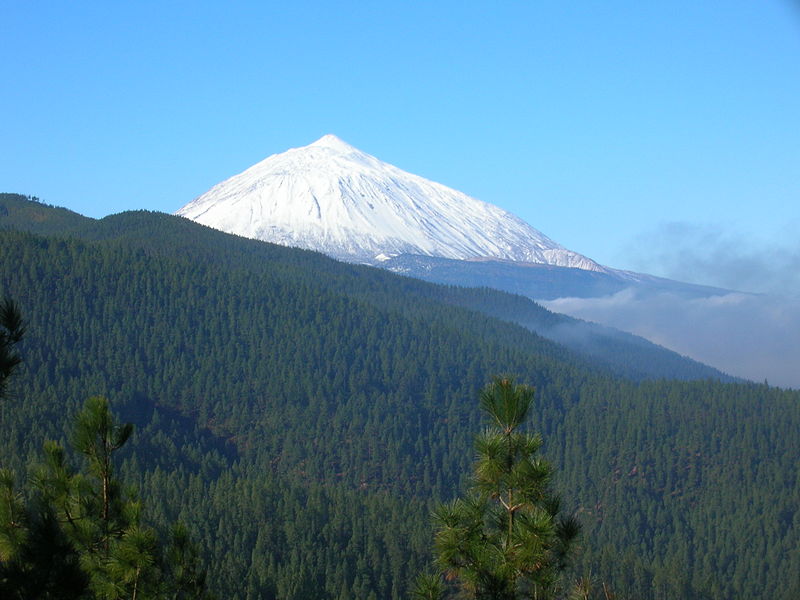 Coronal Forestal enjoys a broad variety of native fauna, including sparrow hawks, kestrels, as well as the lizard blight, lots of bats, and of course the Corsican mouflon.

Visiting Parque Rural de Teno is like visiting a separate island. And in a way, you are – because Teno was once a small, separate island until geological processes caused the two land masses to join. When you visit Teno, you are literally stepping on the oldest massif of the island; it is about seven million years old, and this is attested by the peninsula’s countless ravines. 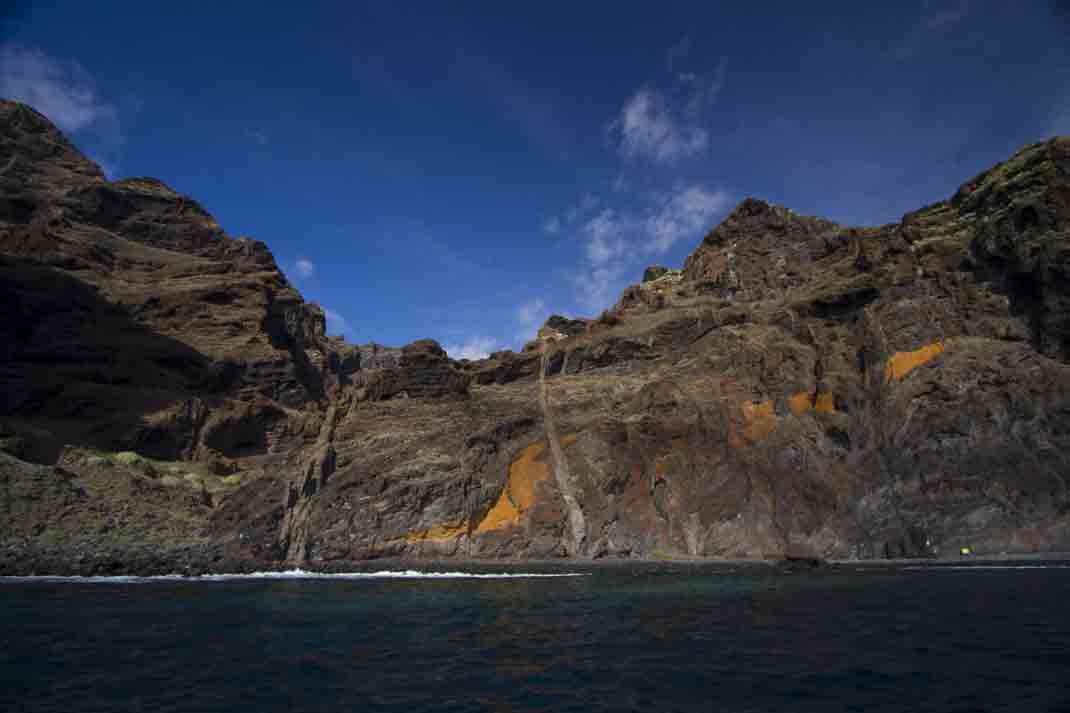 Upon arrival, the Acantilados de Los Gigantes (Cliffs of the Giants) will greet you with soaring heights. These 500-meter-tall cliffs are an idyllic place to eat a picnic lunch or contemplate a breathtaking sunrise or sunset. Thanks to its disconnection from the rest of Tenerife, lovers of tranquility will find peace and relaxation, while hikers and sports-lovers (especially mountain bicycle enthusiasts) will appreciate the trails and roadways which wind through the park. Many ravines contain isolated hamlets filled with artisans and farmers who lead a traditional way of life.

Due to the park’s deep ravines and soaring cliffs, Teno exhibits an almost separate biosphere than the rest of Tenerife, including unusual flora and fauna. Perhaps you’ll catch a photo of a spotted lizard? This is the only place where this species continues to live.

Don’t leave this natural formation without visiting Punta de Teno and its famous lighthouse; save time to catch this unmissable snapshot.

Canarian cuisine is famous for its local cheeses, its small-vineyard wines, exotic fruits, and of course Canarian mojo (spicy sauces). Due to the island’s history as a crossroads of trade, the cuisine reflects a mélange of different cultures, both traditional and avant-garde dishes, presenting the visitor with a broad range of delicacies to please the discerning palate. 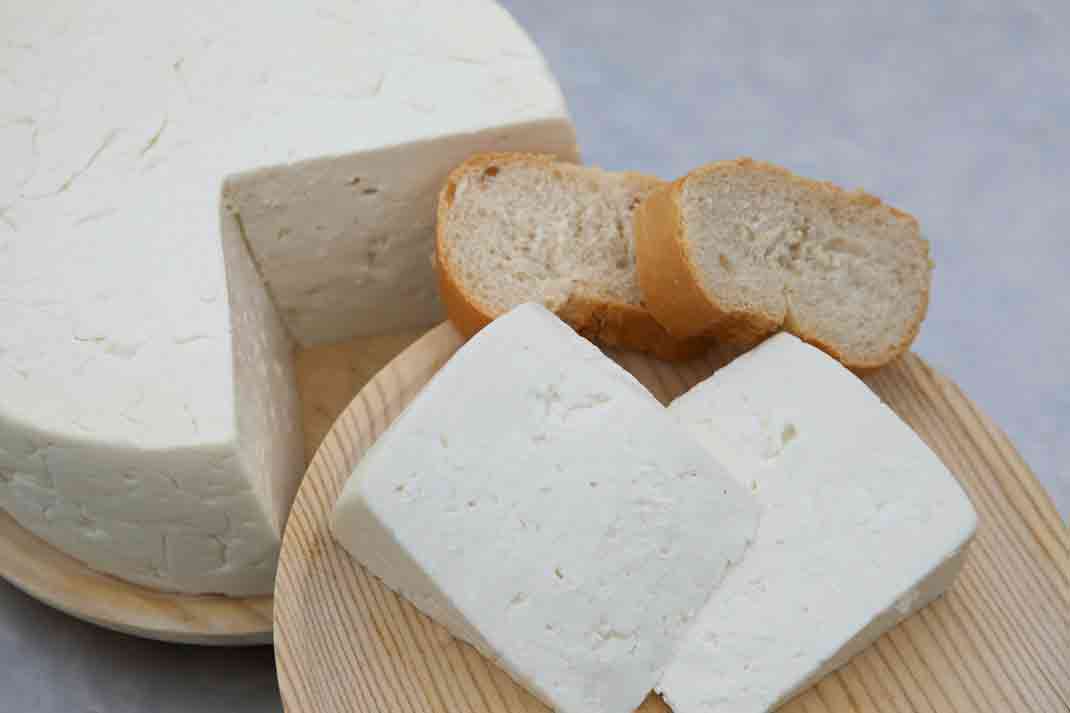 Unique to Tenerife are its famous “guachinches” (informal restaurants) which sprang up in tiny hamlets as a way to help local vineyards and farmers get their foods to visitors. Guachinches are often just a single-room restaurant, often attached to a house, highly informal, and usually only take cash, but most have a cult-like following thanks to the fresh, local ingredients and hospitality of the hosts. 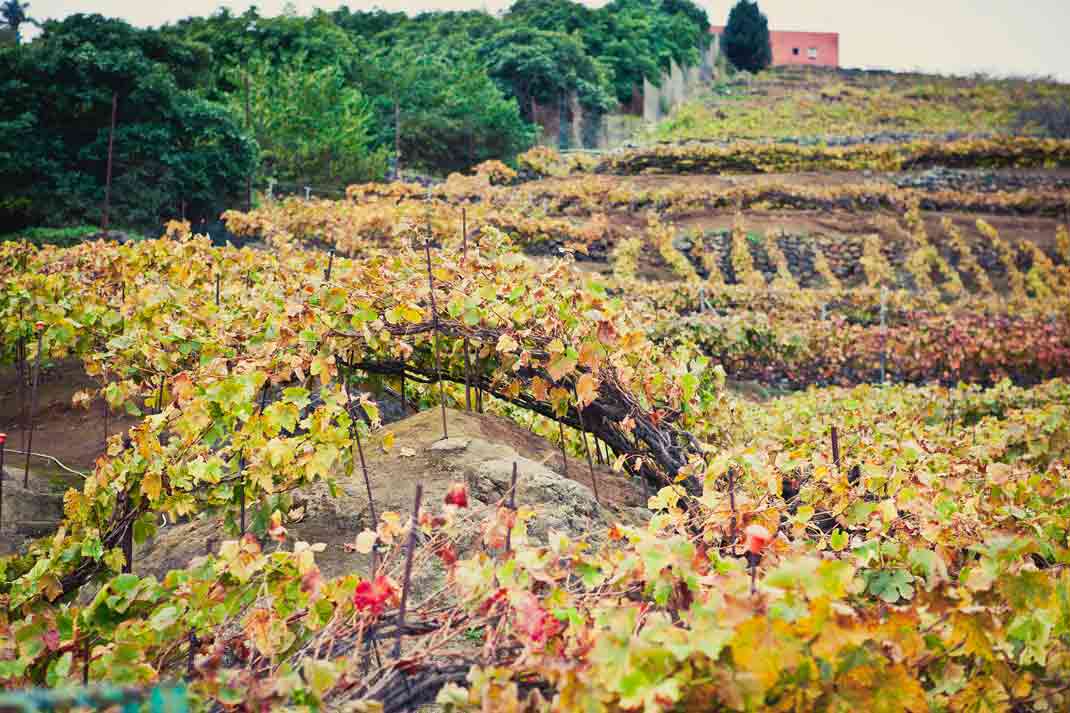 Wine has been one of the main crops for centuries, even before the importation of banana trees. White, rosé, red or Malvasia wines, all reflect in their palate the unique climate and geology of the island. Sample these treasures in a local winery – there are nearly one hundred — some offer an opportunity to taste their wines in a privileged environment in their own facilities, but most are also offered in local restaurants as well as the guachinches.

There are five separate wine-growing regions in Tenerife: Tacoronte-Acentejo, Ycoden-Daute-Isora, Valle de la Orotava, Valle de Güímar and Abona. In each area, the rich volcanic soil in which the vines are grown gives them a special character and different nuances.

While visiting Tenerife, it’s hard to miss the colonial character of the islands. If you want to explore this history in all of its greatness, visit San Cristobal de La Laguna, a city of typically colonial architecture that has been preserved in its original state of the fifteenth century. The city is located in the metropolitan area of Tenerife and was declared a World Heritage Site in 1999.

Another emblematic destination is island’s capital city, Santa Cruz de Tenerife. The city enjoys an almost labyrinthine network of foot-traffic-only streets in which urban life is combined with ancestral customs of the islands that are preserved by its inhabitants. 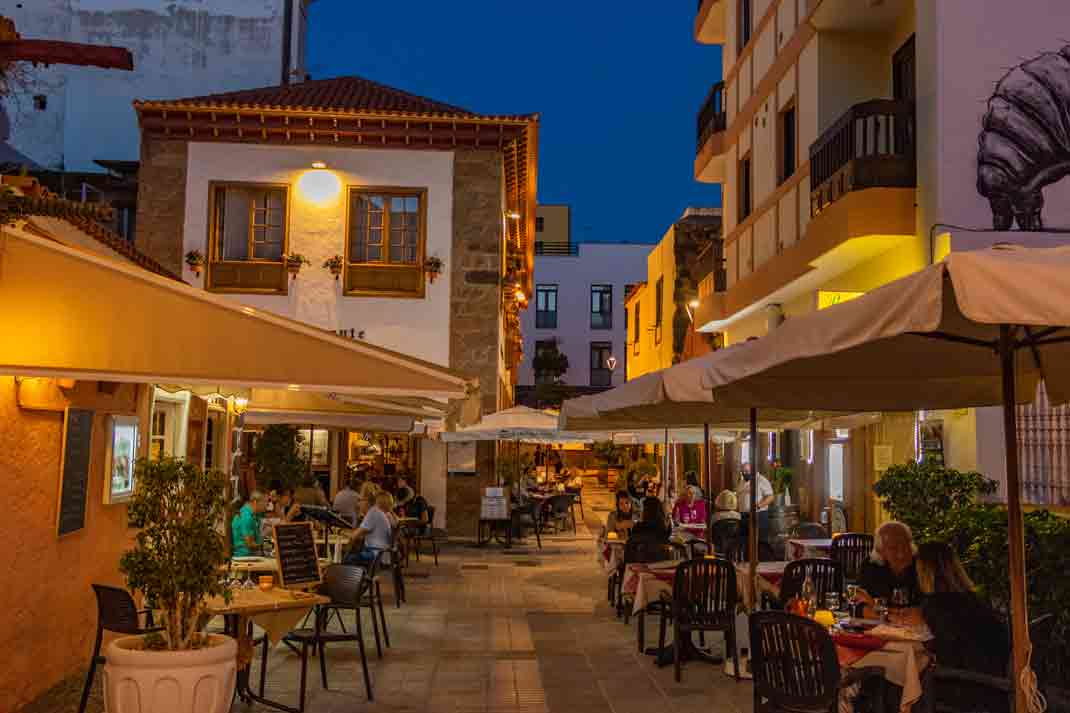 And if you want to see the island’s more violent nature, visit Garachico, where you can observe the legacy left by the volcanic eruption that took place in 1706, and subsequent rebuilding.

Carnivals and Other Festivals

Don’t leave Tenerife without participating in the Carnival of Tenerife. Reminiscent of the Carnival of Rio, it integrates elements that provide a colorful tone and has earned it a second-place ranking of carnivals worldwide. The Carnival features incomparable visual spectacles in which we can find competitions of “murgas” (street bands), different galas, elections of carnival queens, and of course the culmination of the carnival with the famous Burial of the Sardine. Attending a carnival is one of the best ways to get close to the local people and check, in situ, its most beautiful customs and festivities, all while enjoying the gastronomy and party. 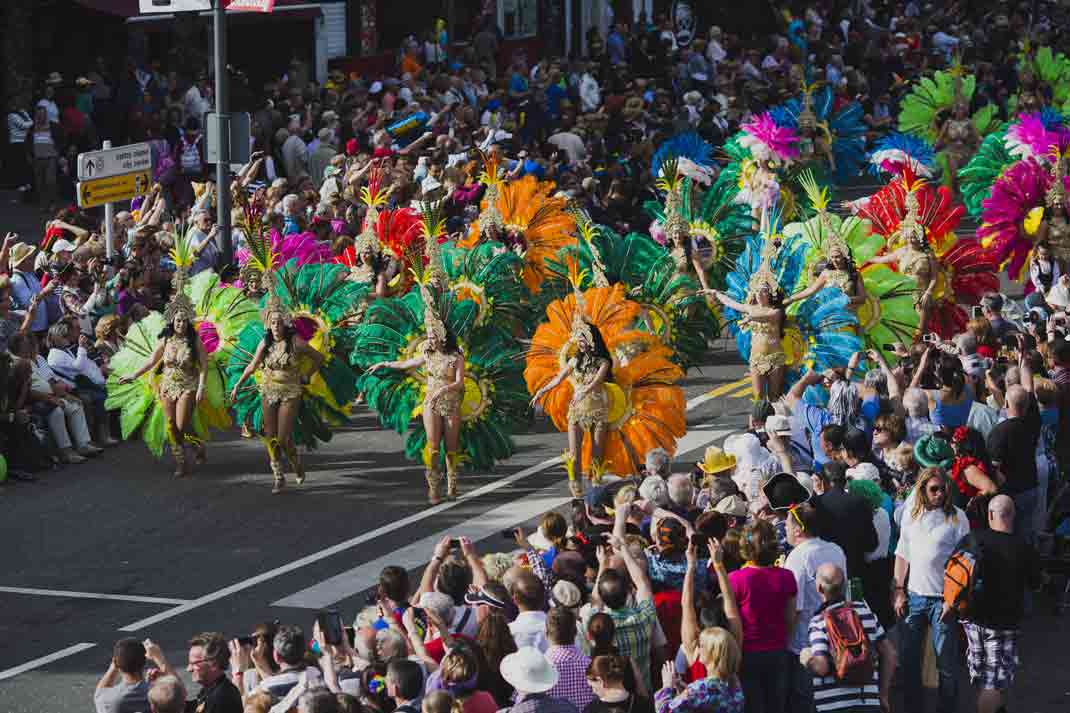 Another type of celebration are the fiestas del Carmen de Tenerife, peculiar festivities in which there is a union, almost magical, between the people of the port and the interior of the cities; a highlight is the transfer of the Virgen del Carmen (patron saint of fishermen) to the fishing dock and then to the church of Santa Ana. 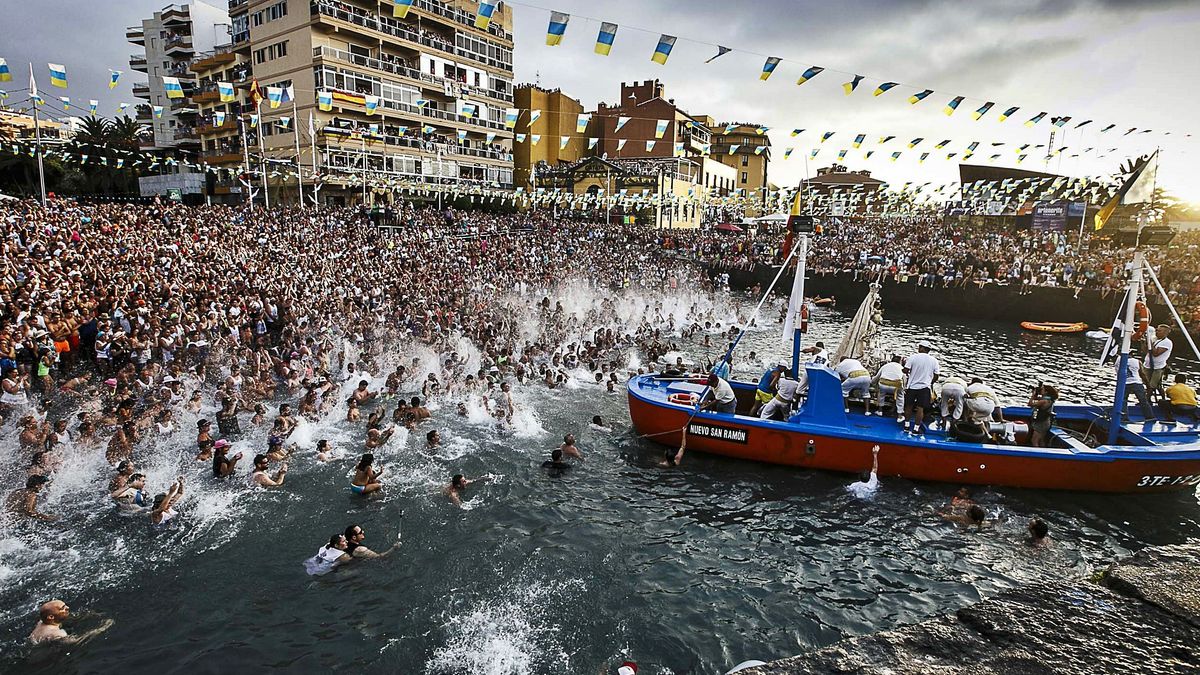 Another mythical festival is the Fuegos del Risco in Garachico. This festival commemorates the resurgence of the town after being buried by a volcanic eruption in 1706; a celebration that is held every 5 years. During the celebration, people make castles and fireworks displays and a series of incandescent balls that slide down the lava-channels left on the hillside, remembering the historic event. The festival presents a unique visual spectacle.

We finish our recommended festivities with Las Tablas de San Andrés, a rural festival that has little to do with religion, but rather pays homage to wine.

Where to Stay in Tenerife, North or South?

Southern or northern Tenerife? You must answer this question before booking accommodations or a holiday package as Tenerife has two airports: the northern and the southern. The answer is not simple because both areas offer attractive features. 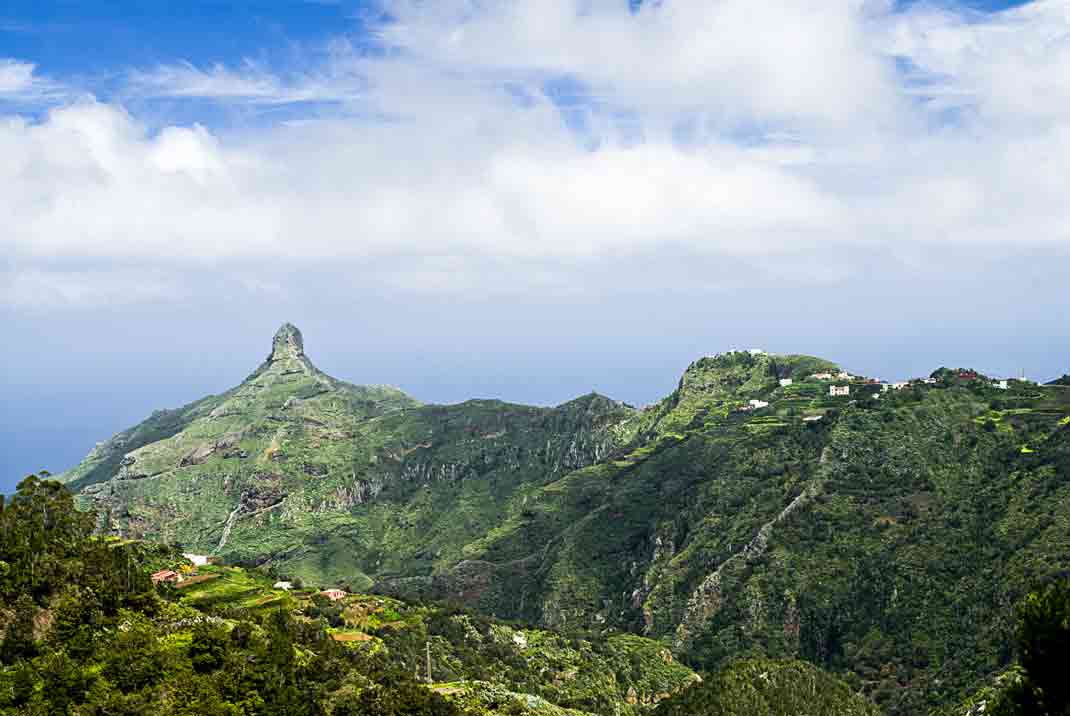 The northern area has good weather almost all year round, but it is rainier than the south. It is much more mountainous, greener and lusher, with a tropical climate and varied terrain. Northern beaches are black volcanic sand, some of them quite beautiful, and its coastline is much more rugged than in the south of the island. The northern area is a paradise for those who are looking for active tourism, especially hiking. 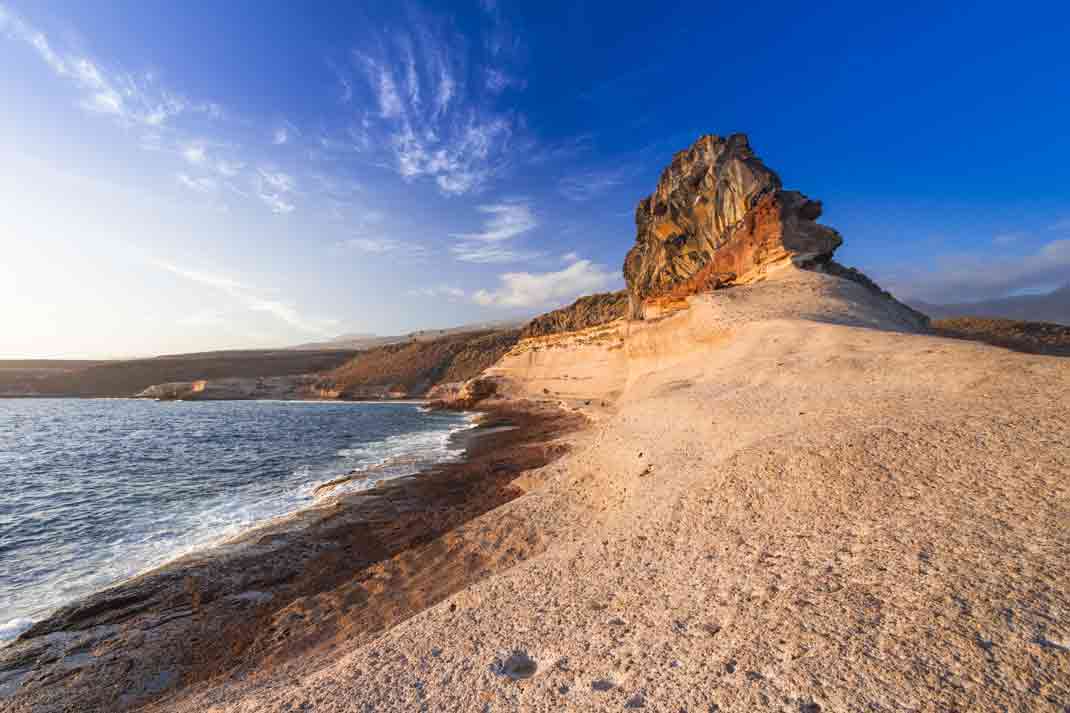 The southern side of Tenerife is warmer, with more hours of sunshine per year, is less mountainous, and there is also less vegetation. Some of the southern beaches can be very crowded. If you wish to relax on the beach, shop, or party until the wee hours at a disco, your destination is likely the South.

Find the largest offer of hotels in Tenerife:

Enjoy this video of Tenerife:

Routes, activities and excursions in Tenerife: