The iconic Route of the Pueblos Blancos is famous for a reason, with many travellers keen to take on the famous trail exploring the iconic whitewashed streets full of history, culture and breath-taking sights. Beyond the well-known cities of Andalusia, namely Seville, Granada and Córdoba, there is a plethora of hidden gems dotted among the Andalusian countryside to explore.

The famous white towns perched in the mountains of southern Spain are well known for their beauty and spectacular views. Interestingly, the towns haven’t always been white – they were painted white as a way of improving sanitary conditions after a royal decree.

The Route of the Pueblos Blancos:

Their history fascinates all who come to visit; all of the villages have curious origins dating back to Roman times or earlier, having been controlled by the Moors and then taken back by the Christians, which has resulted in an intriguing mix of architectural styles. Discover our 6 favourite pueblos blancos, which we’re sure will make for the perfect getaway! 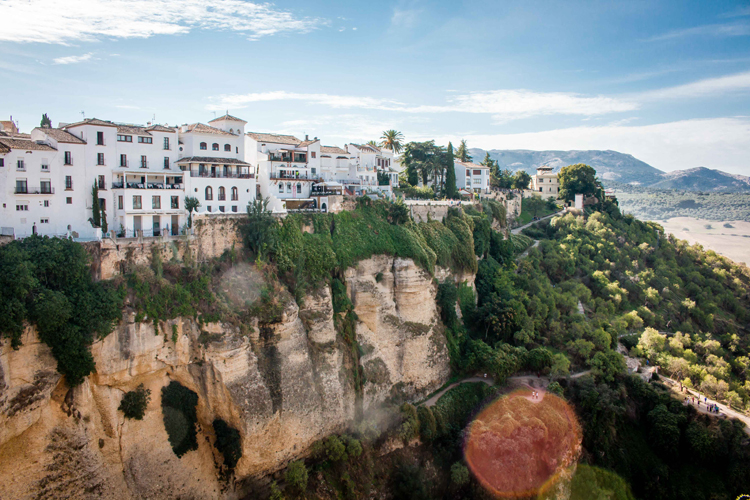 El Bosque is a picturesque village in the heart of the Sierra de Albarracín, bordered by valleys with winding streets and dotted with colourful flowers. It is officially
classed as a town despite only having a population of around 1,800 people. The town served as the former retreat of the Duke of Arcos de la Frontera, who
renamed the town Santa Maria de Guadalupe de El Bosque due to his devotion to the Virgin of Guadalupe.

At first Setenil de Las Bodegas may appear as just another beautiful whitewashed town. But as you get closer, you will see that this unique white village is built into
the rocks; distinctive houses sit underneath huge rocky overhangs running along a river gorge. The village is split into two areas: the ‘caves of the shade’ and the
‘caves of the sun’. The caves of the sun make up the livelier part of the town, where you’ll find buzzing tapas bars and restaurants where you can soak up the
atmosphere and try authentic delicacies. Be sure to try the local olive oil produced here as it is known to be some of the best in the area! 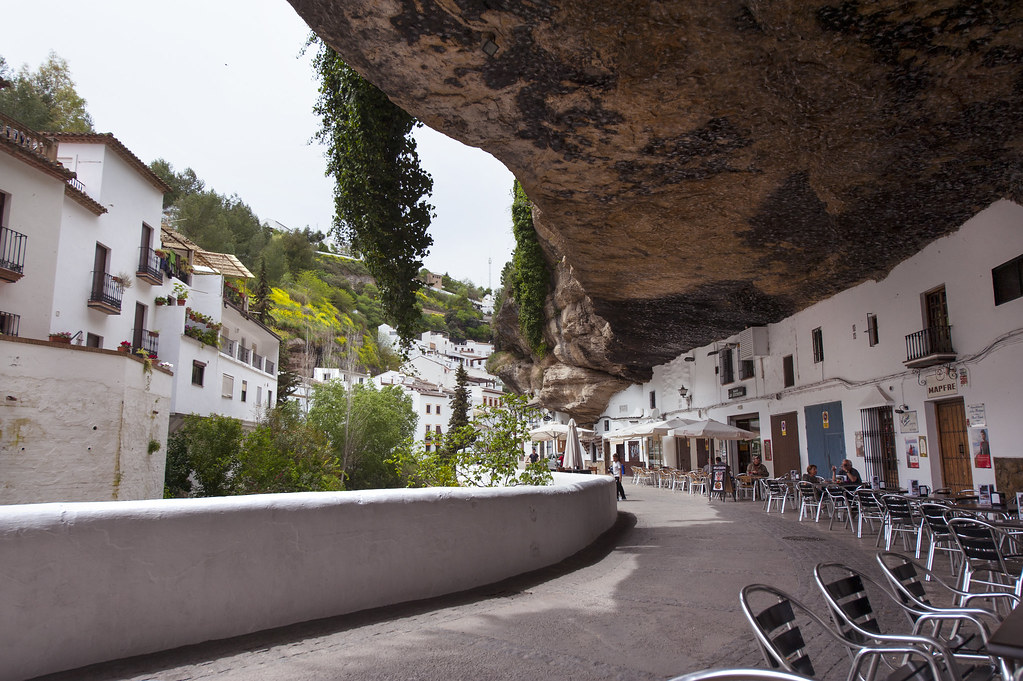 Known to many as the prettiest village in the Cádiz province, La Zahara de la Sierra is an official Historical Site boasting one of the most impressive landscapes;
this white town sits next to a beautiful turquoise reservoir. It’s a characteristic mountain village at an altitude of 500m; its hillside position makes for an unusual
appearance, as the different levels mean that the streets are beautifully stepped. Moreover, the traditional architecture will give you an insight into the town’s
Moorish past. Zahara’s castle, built in the 13 th century, was one of the main fortresses that protected Ronda against Christian invasion. The remains are
particularly impressive and make for one of the most spectacular viewpoints in all of Cadiz.

Grazalema is the highest town in the Cadiz province, sitting on a valley of over 800m and taking its name from the famous Sierra de la Grazalema mountain
range. The town acts as a base for hikers who come to take advantage of the National Park, as it provides access to a variety of trekking routes. If you take a
stroll through the centre, you’ll notice it has the typical structure of an Arabic town, with its narrow streets, orange roofs and balconies decorated with flowers.

Any guided tour of the white villages would not be complete without a visit to Ronda, the third most visited town in Andalusia. It is one of the oldest towns in
Spain, with a history dating back 2,000 years, and boasts Spain’s oldest bullring!
Ronda’s most famous landmark is the Puente Nuevo, which you won’t be able to miss as you enter the Old Town. Built to connect the city’s old quarter with the
modern district, this impressive structure dates back to the 18 th century and took 40 years to complete. From here you can take in spectacular views of the famous El Tajo gorge, which has a drop of 120 metres! Other sites to see include the Arab Baths, dating back to the 11 th century and the House of King Moro, where the
ancient Arab king once lived. Walking through the Old Town you´ll experience a typical Andalusian feel; you’ll see whitewashed buildings, orange trees and sunlit
plazas. The city has been home to many artists, such as Ernest Hemingway and Orson Welles, who came here to find inspiration for their next novel or artwork, as
they were sure to find it in Ronda. 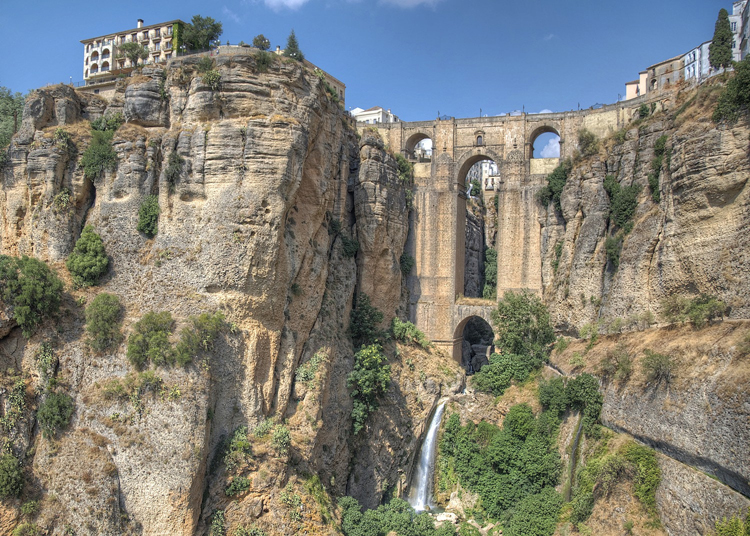 If you’re looking to take a break from sightseeing in the bigger cities, a trip to the white villages makes the perfect escape. Travelling through these towns is a form
of slow travel in which you can appreciate a simpler and more peaceful way of life, learning about the traditions of rural Spain. Which pueblo blanco tempts you most?
Don’t miss out on a visit to these beautiful icons of southern Spain.