Cadiz Cathedral, or la Catedral Nueva, as the gaditanos call it, is located 40 m above sea level and its large towers are visible from almost anywhere in the city.

In the eighteenth century, it was decided that a cathedral would be built that was in line with the importance that Cadiz had acquired at the time. On May 3, 1722 the Bishop of Cadiz laid the foundation stone. The monumental work would be extended for the next 116 years, which explains the combination of the various architectural styles that it features, such as Baroque, Rococó and Neoclassical. 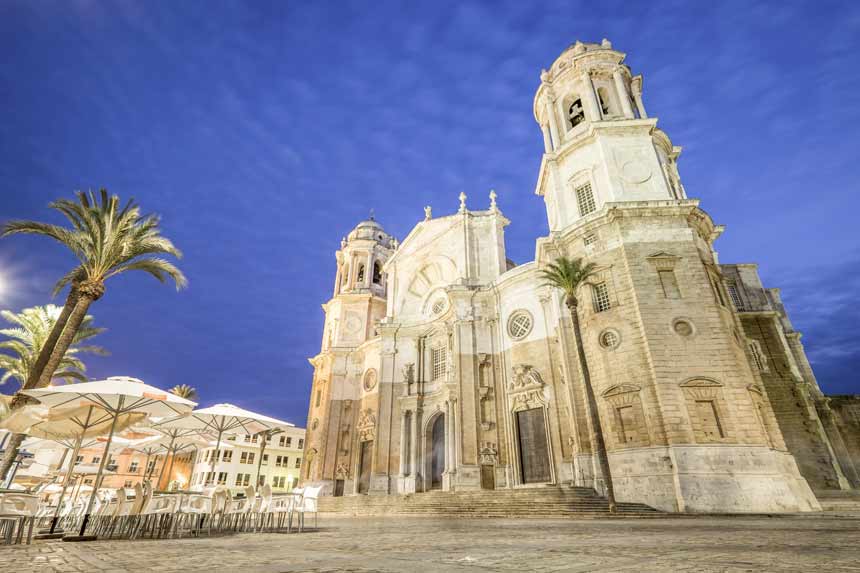 The entire perimeter is formed by 16 chapels. Noteworthy are the impressive instrumental organs of the Cathedral, which were put into operation in 1870, and consist of 2400 tubes with 3 keyboards. In 1931, it was declared Bien de Interés Cultural. The Cadiz Cathedral has a wonderful crypt built in 1732, made of oyster stone. It is a beautiful Circular space that features a spectacular sound, where you can even hear and feel the waves of the sea. This is where some illustrious gaditanos were buried, such as the great musician and composer Manuel de Falla. 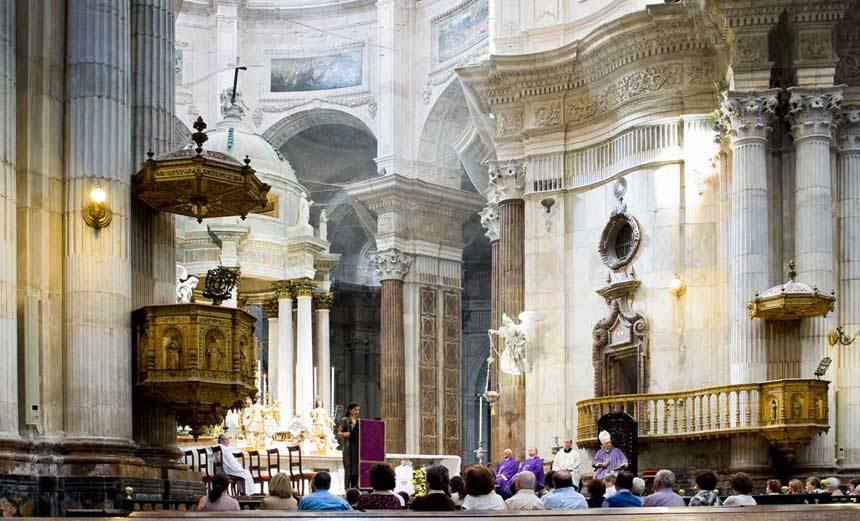 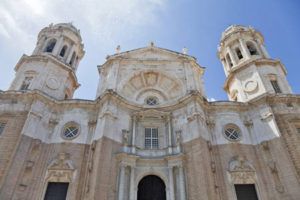 Cadiz Cathedral, or la Catedral Nueva, as the gaditanos call it, is located 40 m above sea…