Along with Iglesia-Fortaleza de Santa Caterina and Castillo de Moraira, Torre de Vigía del Cap d'Or was part of the defensive system and protection against enemy attacks, which were very common centuries ago.

The Cap d’Or watch tower is a defensive tower built in the 16th century. Situated on top of Monte Cap D’Or, in Teulada-Moraira, on the edge of the cliffs, is a typical defensive circular tower, totally solid of more than half of it, with a height of eleven meters and reinforced walls.

The entrance to the tower was only possible by throwing a rope from the first floor, so as to prevent intruders from accessing. Once inside, it only had a circular floor where the vigilantes used to observe the horizon in search of danger. 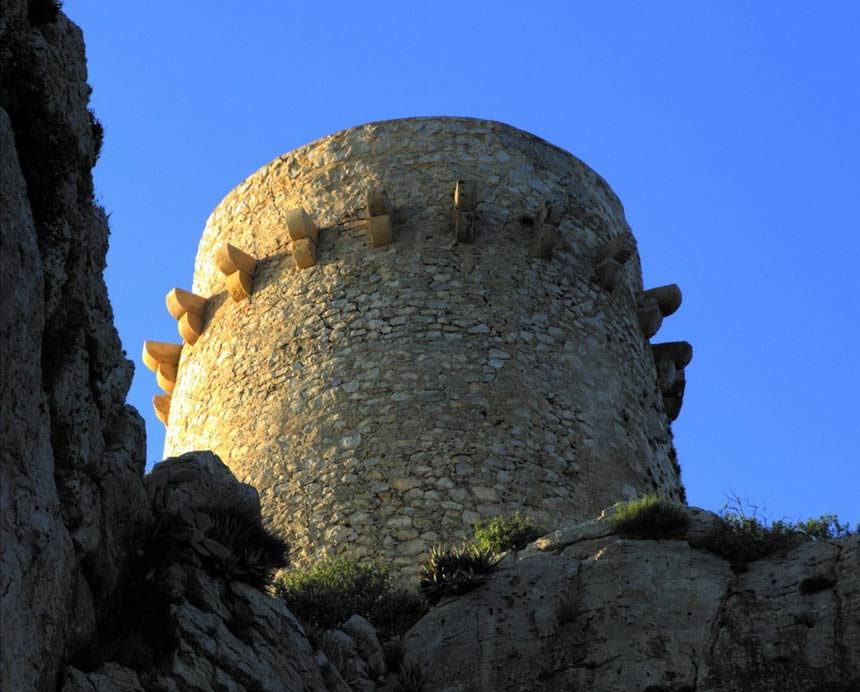 At that time the Barbary pirates sailed the Mediterranean terrorizing the population with its multiple looting and attacks on the coastal towns of Levante. It was King Felipe II who ordered the construction of a series of defensive towers as measures to protect the population. It was then that this tower, which fortunately has remained in good condition until today, was built.

The lookouts were placed on top of the tower from which a perfect view of the entire coast was possible. By the time they saw any ship approaching the coast, or if they sensed any danger, they lit fires right away to warn neighboring towers of Granadella and Ifach. Then the inhabitants of the population ran to take refuge inside the fortified walls.

How to get to Cap d’Or watch tower ?

To get to the Cap d’Or watch tower there is a small well-marked trail that can be done with a small excursion of about 20 or so minutes. It can easily be done with children and the reward for reaching the top are its wonderful views surrounded by a natural environment of great beauty. 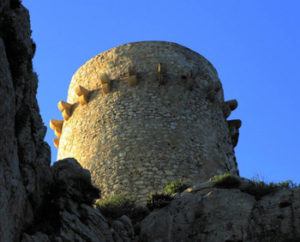