Upon entering the town of San Antoni, located on Paseo de Ses Fonts near the port, we find the monument to the discovery of America popularly called “El Huevo de Colón” (The Egg of Columbus)whichhas become a symbol of the municipality.

It was opened in 1992 to celebrate the 500th anniversary of the discovery of America. It was crafted by the artists Antoni Hormigo, Julio Bauzá and Luis Ojeda, and today is one of the most photographed landmarks of the island.
The monument cannot be ignored because it is an egg 6 meters high that holds inside a replica of the Santa Maria Caravel and is situated in a roundabout just at the entrance of San Antoni. 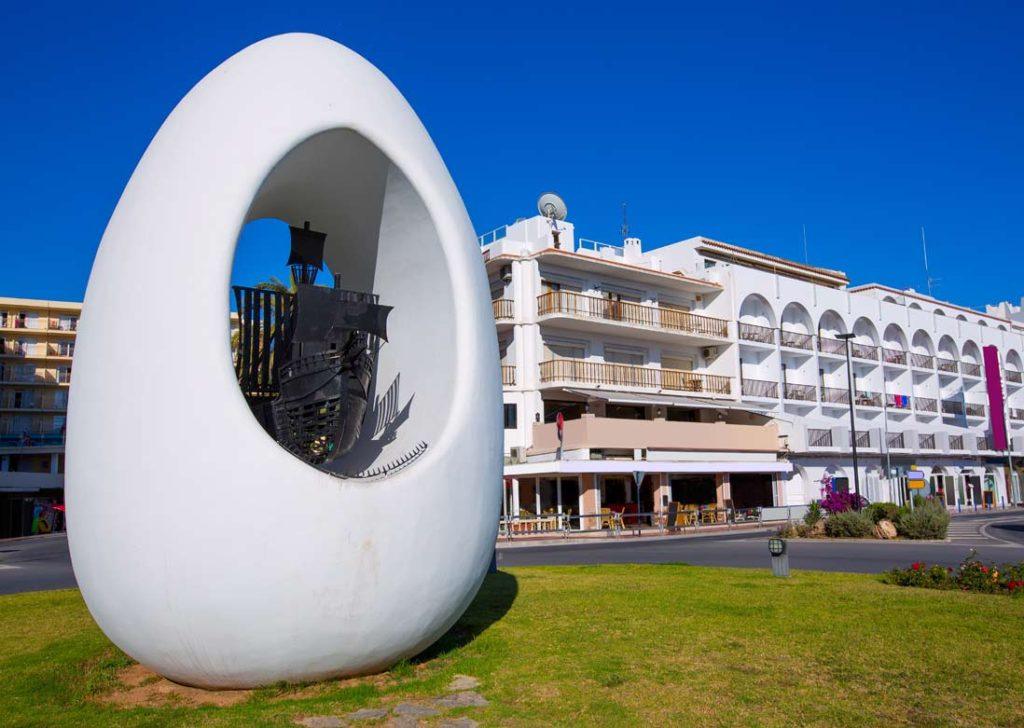 Well the answer is found in the historical mythology of our country, which relates to how in the Spanish Court, Christopher Columbus was seeking funding for his expeditions and seeing the difficulty to get it because of everyone’s disbelief, he challenged those present to keep the egg completely straight without supportingit anywhere else. Seeing that no one could take such action, Colon crushed the tip of the egg to the ground breaking its bottom and keeping it straight, making them understand what he wanted, that once seen, anyone would know how to do it. 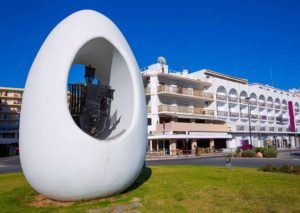 Upon entering the town of San Antoni, located on Paseo de Ses Fonts near the port, we find…