50 km from the Costas Castellonenses, the Mediterranean hides real treasures in the form of islands, the Columbretes were declared protected Natural Park in 1988.

The Columbretes Islands are located just 50 km from the coast of Castellón, surrounded by clear waters and a multitude of terrestrial and marine species that comprise the most important protected natural area of Valencia.

The wild and lonely archipelago consists of 4 groups of volcanic islands called: Isla Grande, formed by the remains of an ancient ellipse-shaped crater of 1km in length, La Perrera, La Foradada and el Bergantin  with a total of 19 hectares of terrestrial surface. 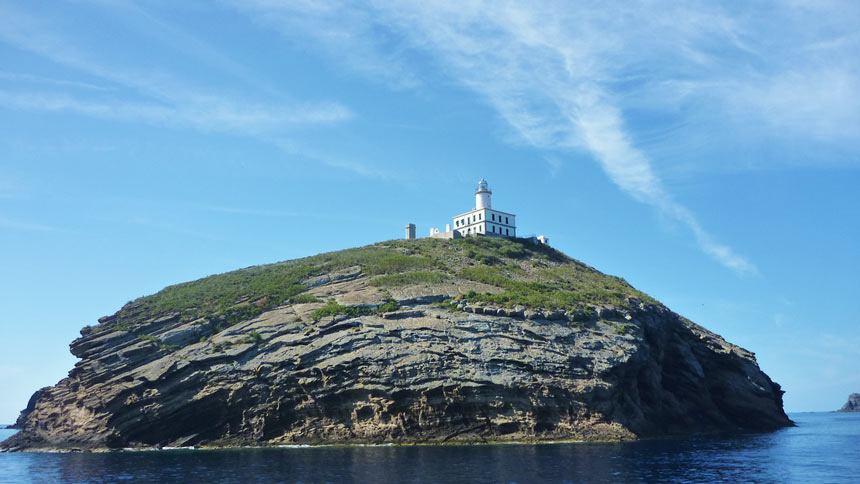 Settled on a seabed of more than 80m of depth, the underwater marine reserve has more than 5,000ha. It is an area of great marine biodiversity, as well as with several terrestrial species, with many birds and abundant and protected wildlife.

Visits to the archipelago are limited. It is accessible by boat and there you can do land or sea tours through the islands. Being a protected area, the visit by land can only be done in illa Grossa or Isla Grande, with routes of about 1 hour and a half to see the most beautiful and meaningful places of the area. Guided tours are interesting, there you will learn a bit about the history of the islands, the species that inhabit it and you will also be shown the best viewpoints of it.

The seabed of this beautiful Natural Park can be visited by hiring tours from specialized companies from the major coastal towns of Castellón, Alcoceber or Peñíscola, where many companies holds the relevant permission to dive into these waters. The protection of this seabed since 1990 has let the population of marine animals be very rich, so there are lots of fish like groupers, barracudas, sunfish and occasionally can be spotted large cetaceans like rorquals.

The Illes Columbretes are a paradise under the sea and a favorite spot for scuba divers worldwide! 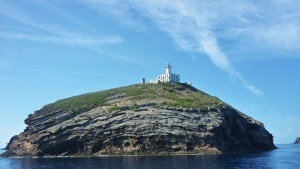 50 km from the Costas Castellonenses, the Mediterranean hides real treasures in the form…