The historic city center is usually the most interesting and beautiful place to go in a city, and Marbella could not be an exception. A surprising and fun place with Andalusian flavor where you can breathe the essence of the most famous tourist town of the Costa del Sol.

Here, you can find a typical Andalusian spot. In Marbella Old Town, a maze of narrow cobbled streets invites you to get lost. You will enjoy strolling through them in a beautiful journey full of bars and terraces while enjoying its colors and smells. It is like a network of alleyways lined with colorful geraniums, among which we can find the most emblematic of the old town. There you can spot much of the history of this city. 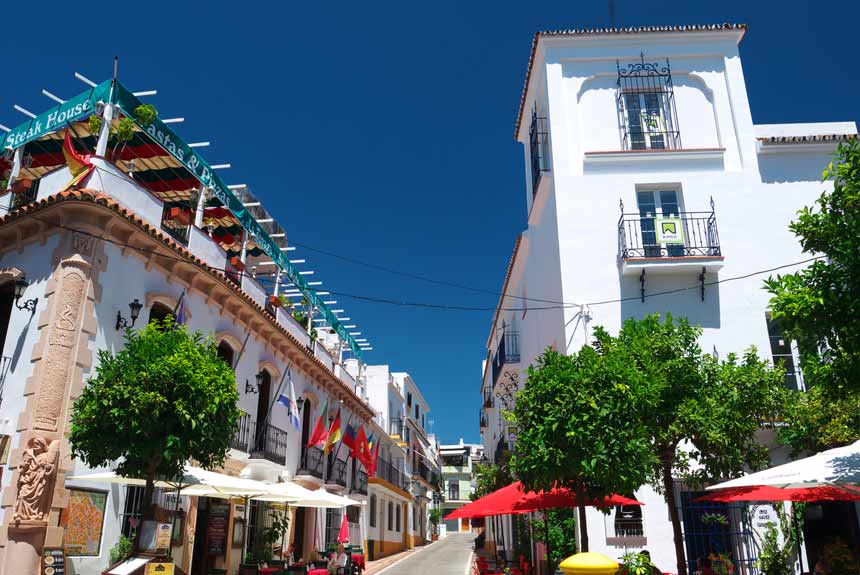 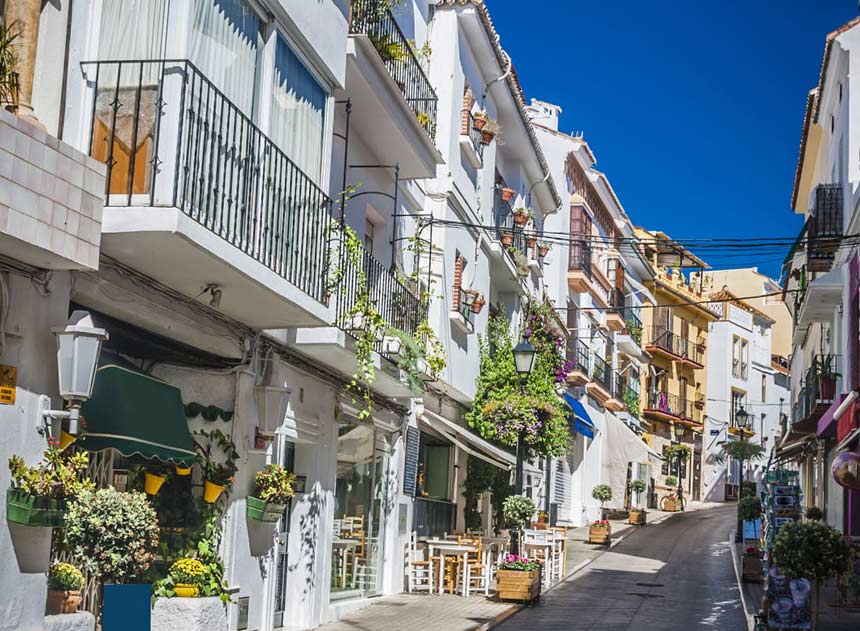 Discover the wonders of the Marbella Old Town

The Marbella Old Town hides many secrets to be discovered, such as a vast historical and cultural heritage. You will enjoy visiting churches, museums, chapels, castles, walls and stately homes. Its epicenter is the Plaza de los Naranjos, where there are three important buildings such as the Casa del Corregidor, the Ermita de Santiago and the Ayuntamiento. 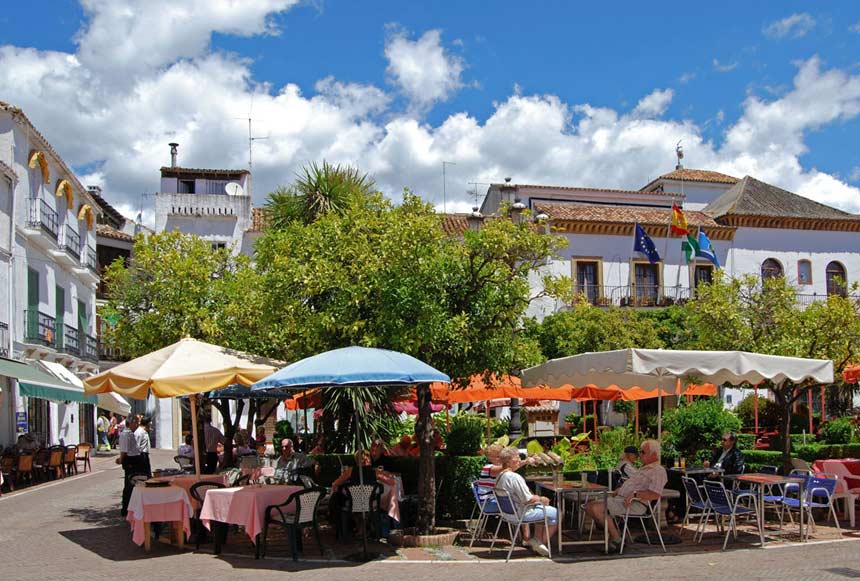 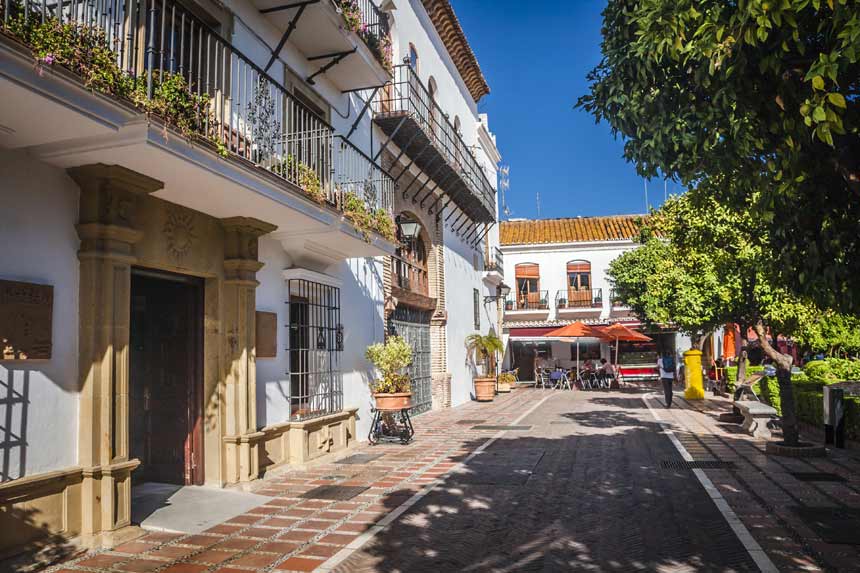 Another landmark of the city of Marbella is Calle Ancha, that houses the unmistakable Iglesia del Santo Cristo de la Vera Cruz, a temple of the XVI century, and the Capilla de San Juan de Dios located between Caridad and Misericorida streets. We must also mention the Iglesia de la Virgen de los Dolores as one of the most beautiful places to visit in the old Marbellí town. This is definitely a charming journey through the history of the city.

And of course, in the square of the Church we find one of the most important buildings of Marbella as is the Church of Our Lady of the Incarnation. A building facade emphasizes the cover of red stone, carved in baroque style dating from 1618. 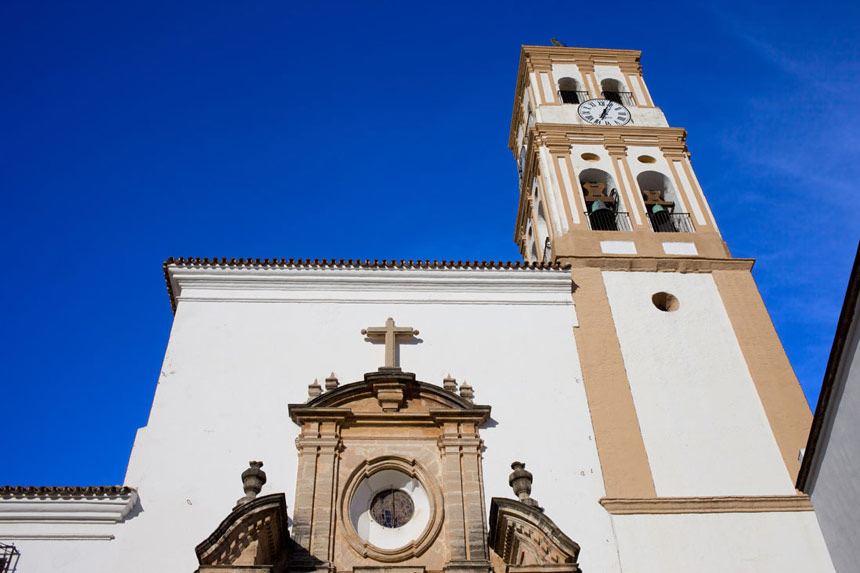 A little bit about the history of Marbella:

Its origins date back to 1600 B.c. Although the city itself was founded by the Romans with the name of Salduba, when it was one of the cities through which passed the Via Augusta. But it was not until the Muslim period when it begins to speak of it in writings as consolidated city, developing and fortifying the town.

The Old Town of Marbella was the old Medina with its typical Arabic infrastructure of narrow streets and a winding route. Muslims protected the city by building a castle and a strong wall with more than 10 watchtowers with 3 doors. Over time, the city grew beyond the limits of the walls and the towers were absorbed by the new construction.

It was with the arrival of the Catholic Monarchs in 1485 that the city suffered major changes. The first thing they did was to demolish a large group of houses in the center of the medina to build the Plaza de los Naranjos. It was the administrative, economic and social center of the time. Then, they reorganized the layout of some major streets and built various public and stately buildings in an attempt to outrun the Arab architectural style. 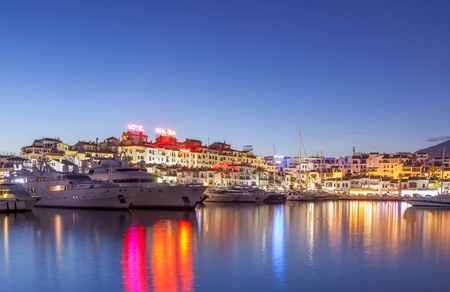 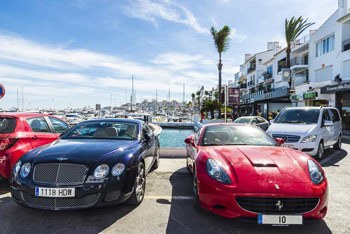 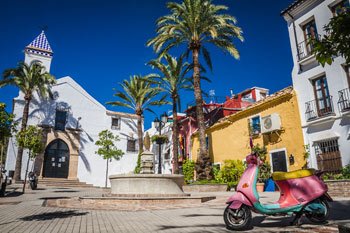 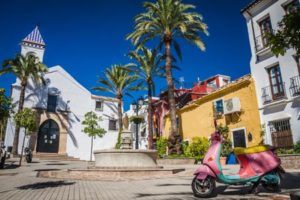