Next to the town of Moraira and overlooking the Playa de l'Ampolla is situated the fabulous castle-fortress Moraira.

Moraira Castle was built in the 18th century, but actually the building began many years ago with the aim of defending the shores from the constant attacks of pirates and buccaneers.
The fortress of Moraira we can see today, also popularly known as Torre-castillo de Moraira, or Baluarte de Moraira, is only a recreation and rebuilding of what was initially, since the original was totally blown by the British Empire in 1801, it is ruined and useless. 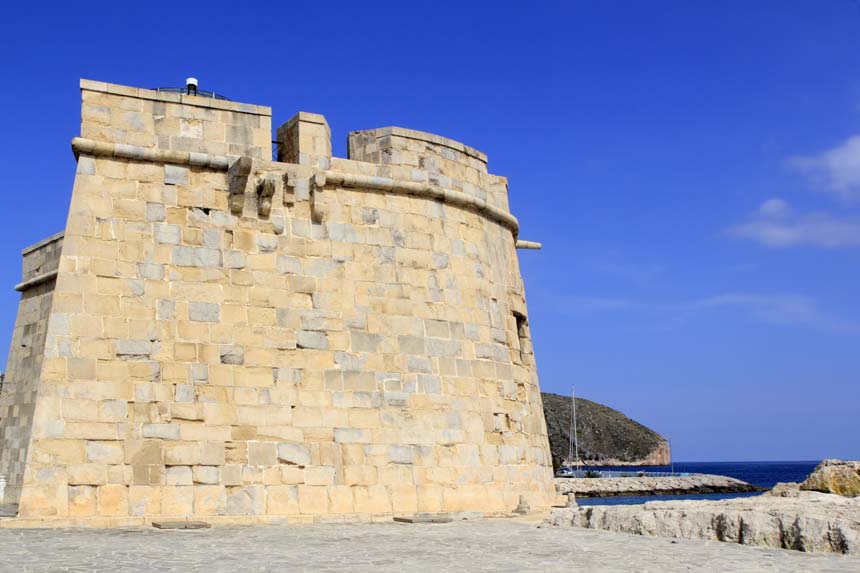 The work has a semicircular facade and is characterized by being the first pillbox made of ox hoof in the Valencian coast. It is facing south, with a height of 10 meters surrounded by two massive walls. The interior is divided into three naves, the central nave is about 200m of surface and the side naves are smaller, originally they were covered by vaults and had no other illumination than the three front windows, which enhances its forcefulness and strength, making it an almost inaccessible place.

The door of the north side was accessed by crossing a drawbridge over a moat. Formerly the fortress was very sheltered, with heavily armed soldiers, and was equipped with four bronze cannons and heavy artillery to defend the coast.

Opposite the door can be found a small chapel that was probably originally inside the castle, and a few meters farther there is still a cistern that served to supply the inhabitants of the fortress of water.
The Moraira Castle now houses an audiovisual museum about the sea and pirates, a  permanent exhibition on the watchtowers and pirates in the Mediterranean, with projectors, monitors and high-tech 3D images. 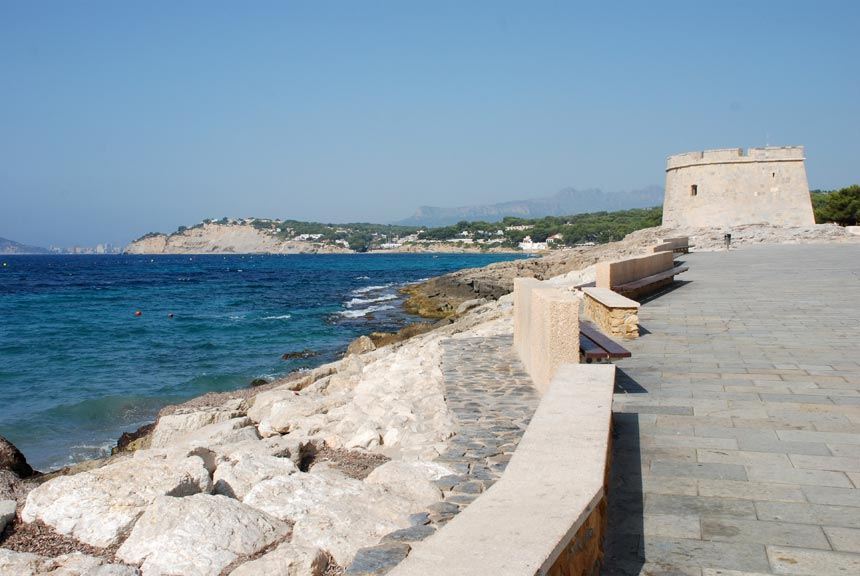 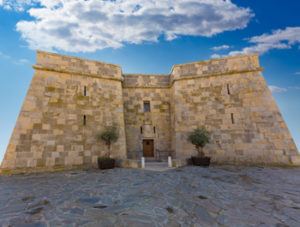