The lighthouse of Roquetas de Mar is another of its beautiful historic buildings and one of the most photographed places.

El Faro de Roquetas is a beautiful building that shows the beauty that this place once had. It opened on December 31, 1863, and was built for providing areference light for people. The first installation had a lamp of olive oil that later would be replaced by a paraffin and a petroleum one. The building is rectangular and its flashlight is a 12-sided polygon. 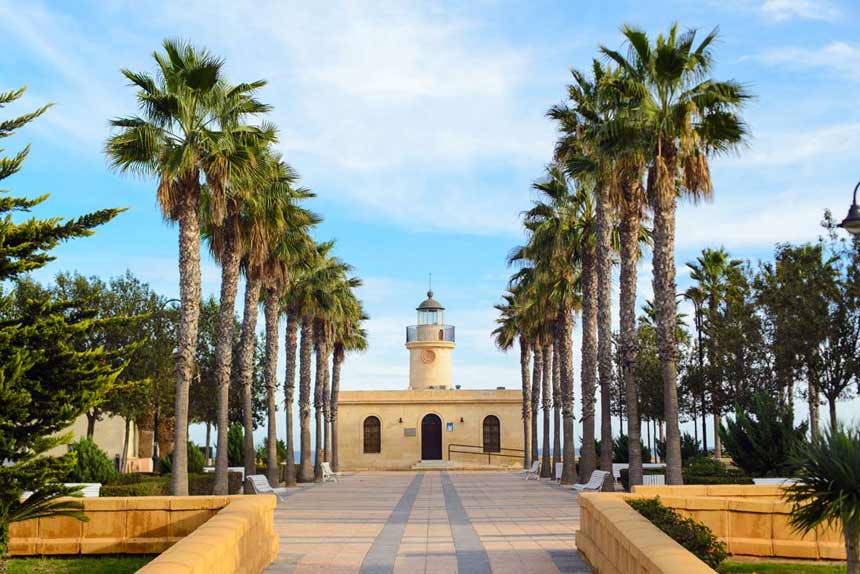 The lighthouse was built on the outskirts of the city, but as it grew over the years, the light from the lighthouse was confused with the town lights, so it was no longer effective. This is why it is not utilizedas a beacon. Until recently,it was the home of a man responsible for port services, but today, after its restoration thanks to a grant from the European Union, this place has regained the splendor from its inception and it is used for cultural purposes where you canvisit continuous exhibitionsthat often change every 15 days.
Its location on a beautiful esplanade dotted with palm trees near the Castillo de Santa Ana, and the amphitheater, gives more beauty to the place, forming the cultural triangle of Roquetas. 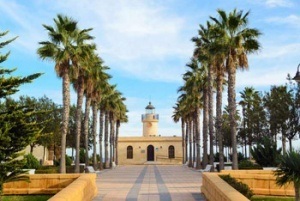