A movie castle and a gift for the senses. One of the most beautiful walks in Cadiz is waking through the Paseo Fernando Piñones, which is bathed by the sea on both sides, until you reach Castillo de San Sebastián.

During the walk, you will enjoy a beautiful view of the city, a unique, raw image of the gaditana capital while the beautiful silhouette of the castle on the sea shows up before you. A total gift for the senses. 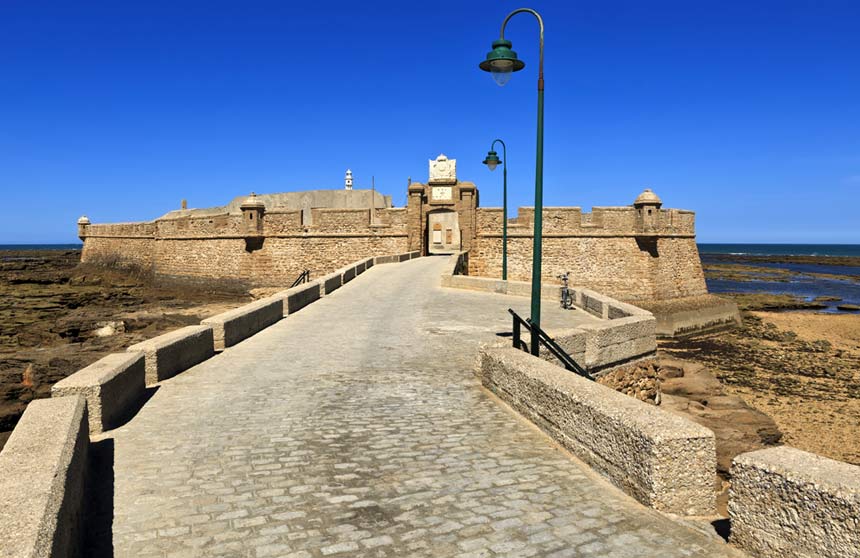 Located at one end of the Playa la Caleta, this fortress guarded the northern front of the city of possible enemy attacks. Castillo de San Sebastián is appealing to the senses, but it still needs a lot of remodeling in order to have the splendor of the past. In our experience, the best of Castillo is just getting to it. 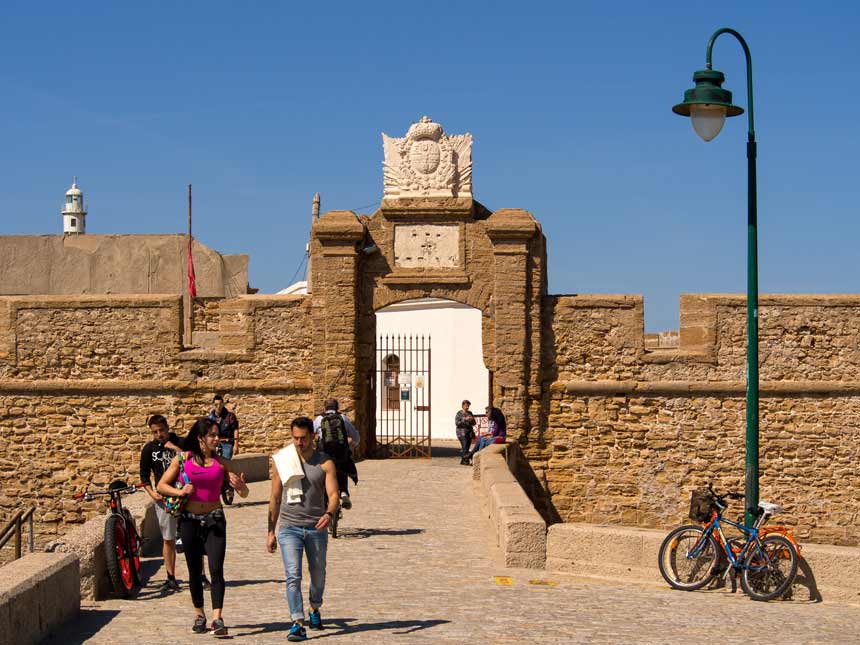 The castle began to be built in the fifteenth century, although the defensive structure we see today dates back to the eighteenth century. In the nineteenth century, it was used as a prison and then fell into disuse until a few years ago, when it was decided to be used again. It has parapets, gunboats, two moats and drawbridges, one overlooking the square, towards the city, and another, in the Northwest, linking with the rest of the island where the shrine and the lighthouse tower were. Castillo de San Sebastián was declared Bien de Interés Cultural in 1985.

Castillo de San Sebastián was the scene, no more and no less, of the James Bond film, “Die Another Day” starring Pierce Brosnan and Hally Berry. In the film, it was assumed that the actors were in Cuba, but they were actually in the wonderful city of Cadiz; that is the magic of cinema. 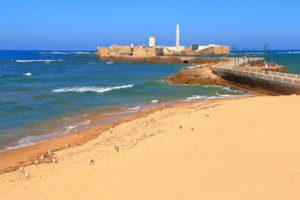 A movie castle and a gift for the senses. One of the most beautiful walks in Cadiz is…