An impressive burial site of the pre-talayónica era carved into the mountain by the hands of man, a cultural visit in the rugged north coast of Menorca.

The Talayónica Necropolis of Cala Morell is located a few kilometers from Ciutadella, in the town of Alayor and is a set of 14 caves dug by man into the rock, whichform one of the most spectacular prehistoric necropolis on the island. 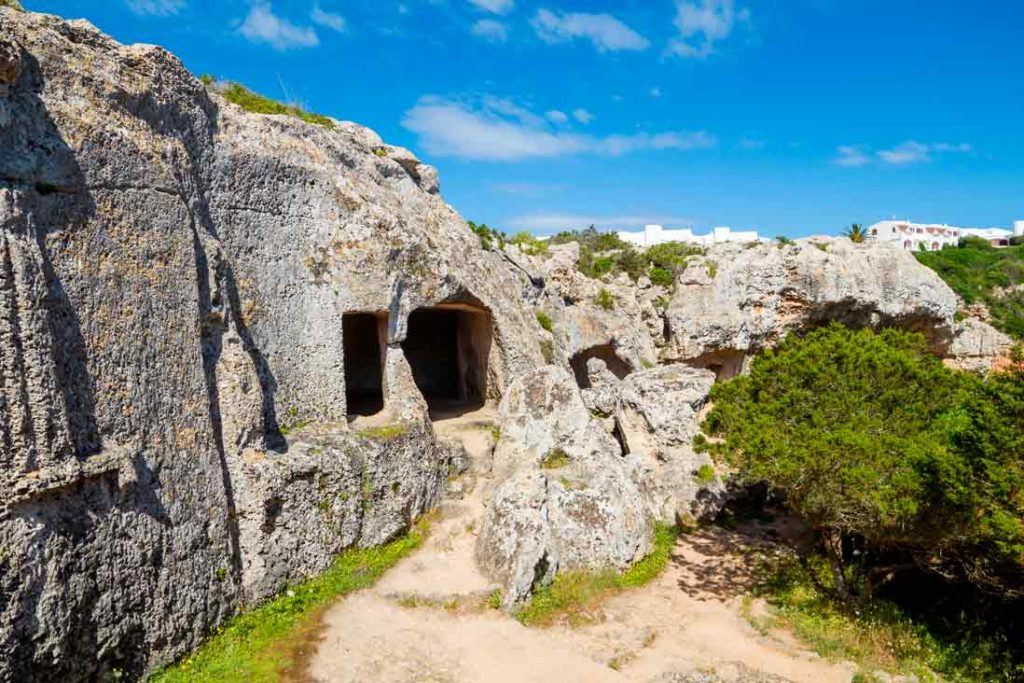 This is a place of great archaeological interest, active from 1800 B.C until the 2nd century A.D. and has resisted surprisingly until today. On the burial site there are caves dug by man since the Bronze Age to the Iron Age, where we can see many forms and details. Most caves inside are circular, but some have floors and others are uneven. Some still have significant architectural elements such as columns, windows, decks and other elements and some others even have their entrance decorated with classical architectural reliefs, all of this create a fantastic place which is an enriching cultural visit.

It’s a fascinating visit, since along Yacimiento de Sales Cove, is the most important necropolis of the island. Furthermore, you can combine the visit to the caves with a dip in Cala Morell located near Yacimiento, a typical Minorcan northern coast cove with turquoise clear waters between cliffs. 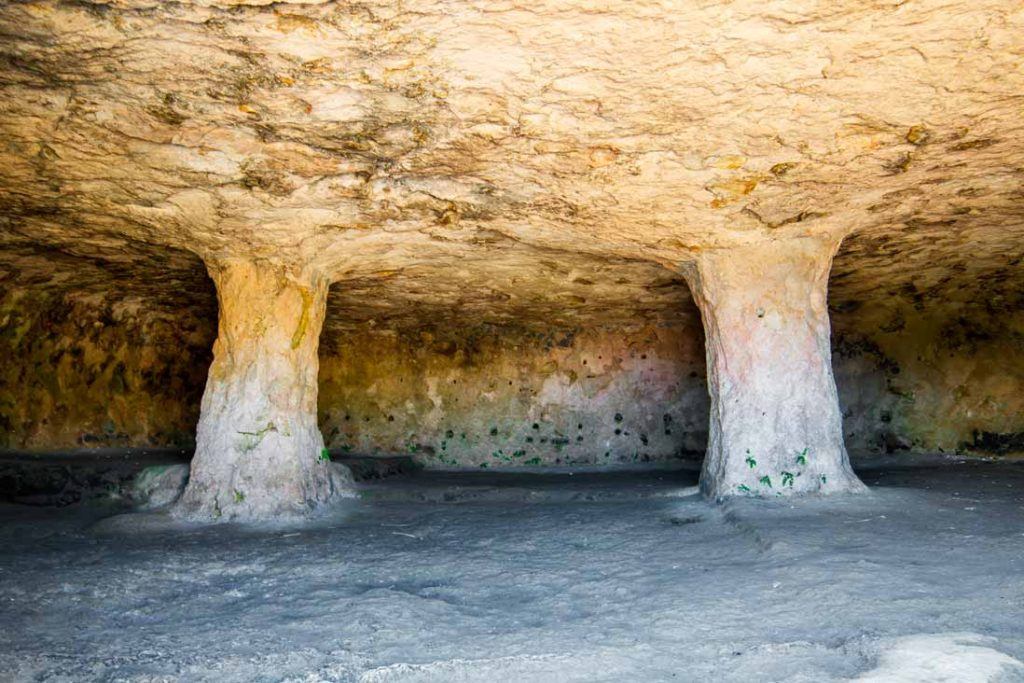 How to get to Cala Morell ?

The resort of Cala Morell its hidden away of the rugged north coast of Menorca, around 8 km north east of the former capital of the island called Ciutadella de Menorca. From the town’s northern ring road , take the road to Cala Morell .In 6 km ignore the sign Algaiarens on the ringht and in 3 km you will reach Cala Morell. 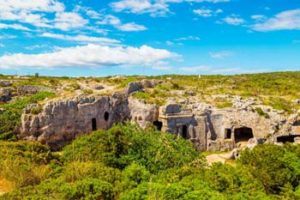