Conil has an incredible strategic location: it is one of the natural gateways from North Africa, which made it be a port of vital importance during the Roman and Visigoth periods, resulting in the building of numerous fortifications and watchtowers along its shores.

La Torre de Guzmán is one of the most iconic landmarks of the city. Built by Alonso Pérez de Guzmán in the fourteenth century, it was part of the old castle and the walls that once guarded the city. In addition, it served a dual role: monitoring the coast and helping fishermen with the tuna fishing. 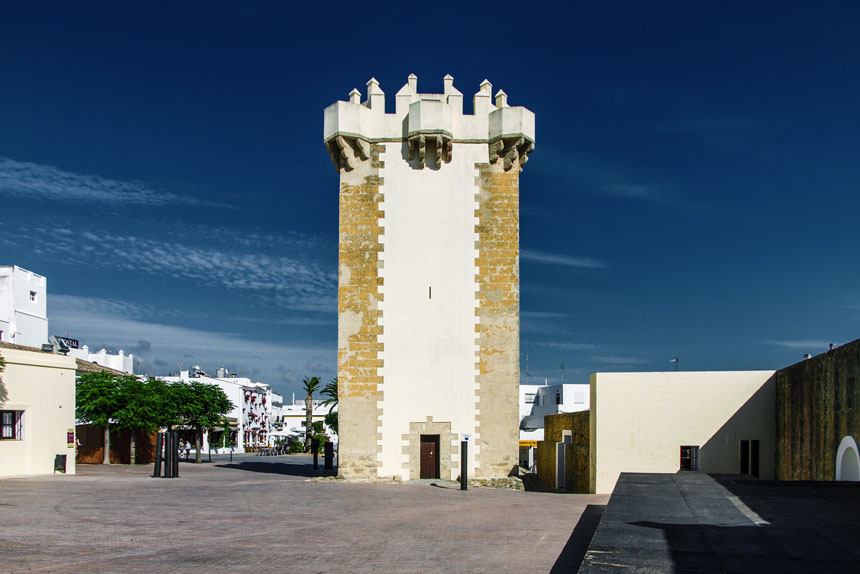 Between the thirteenth and fifteenth centuries the walls, integrated into a defensive and communicating network with other towers, protected the population from the attacks by the Muslims, who lurked the Spanish coasts. At the feet of the tower, we find Plaza de Santa Catalina, which was the ancient heart of the city and a witness of the most important events in Conil, which also houses some gems like Iglesia de Santa Catalina, Casas de Cabildo or Ermita de Jesús.

If you’re adventurous, you can climb the tower, from where you can enjoy a spectacular view of the entire municipality and the Andalusian coast. From the top, the image of endless whitewashed houses contrasting with the always blue sky of Conil is a picture that will remain in your mind for a long time. The light here is spectacular and, if like us, you are lucky enough to enjoy the sunset, it will be one of the best sunsets you’ve ever seen. 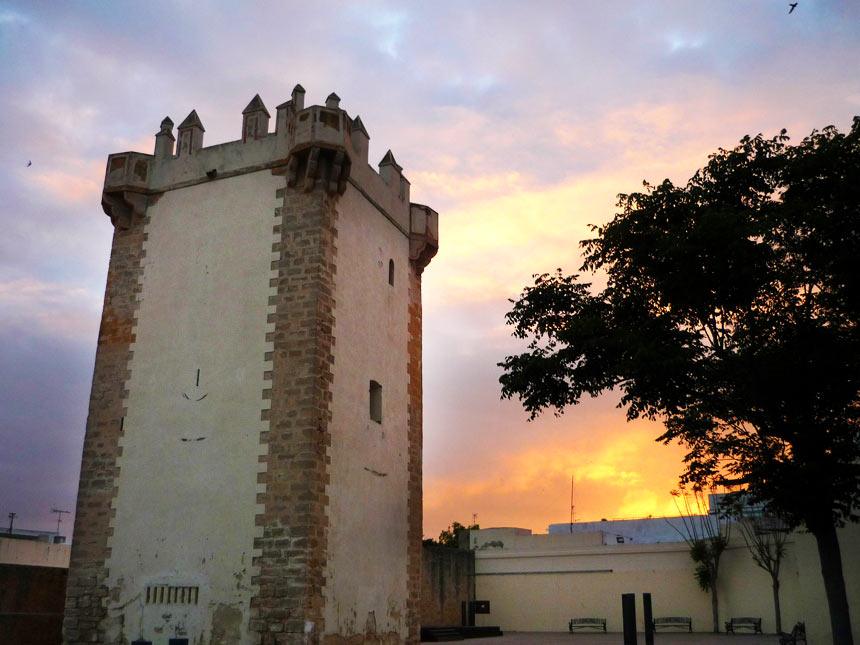 Conil has an incredible strategic location: it is one of the natural gateways from North…