Torre Punta Ses Portes is located in the Punta of the same name and belonged to the defensive network of the island to cope with the numerous attacks by pirates back in the 16th century.

Located in the Natural Park of Ses Salinas, this was one of the first towers to be built on the island. As stated in an ancient manuscript of the City Council: “Towers and pirates in the Pitiusas Islands” tower received its name because the lighthouse between the island of Ibiza and Formentera lie three islands, which are like three steps for boats (fishermen called them “doors”).

And as stated in the same document its purpose was to protect the area from Punta to the lighthouse against Algerians and privateers, so it was armed with 3 guns. In the 19th century it was abandoned and in 1975 it was reformed to give it the function of controlling the area of Ses Salines and Es Freus. 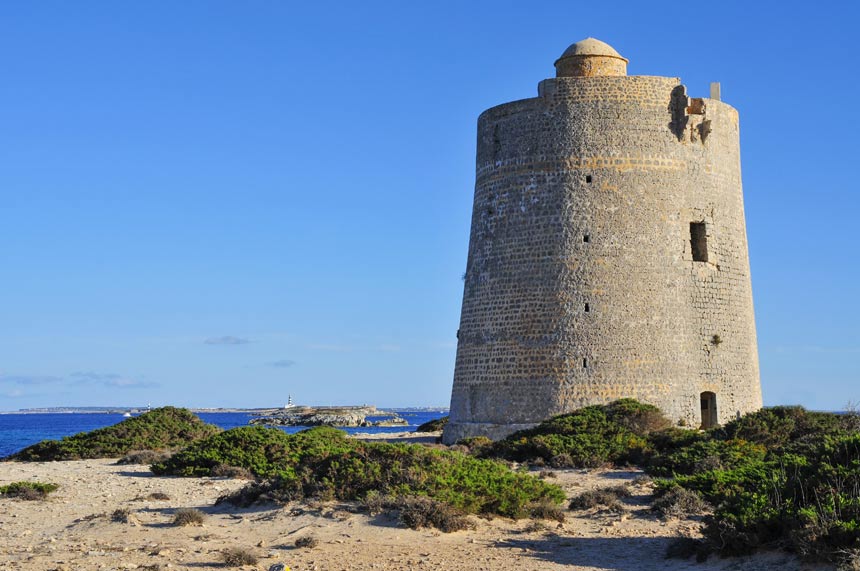 It is noted for its size, with two floors and a considerable height and its spectacular location where we can delight in the view of the Islets of Freus and the island of Formentera.
The area has low cliffs and some of the surrounding areas are worked by man since this was an area of quarries where stones were extracted to build the fortress of Dalt Vila.

The whole area around Torre Ses Portes is full of small, beautiful coves, lapped by crystal clear turquoise waters, with numerous slipway booths used by sailors and fishermen to go fishing, creating an idyllic corner on the Mediterranean. 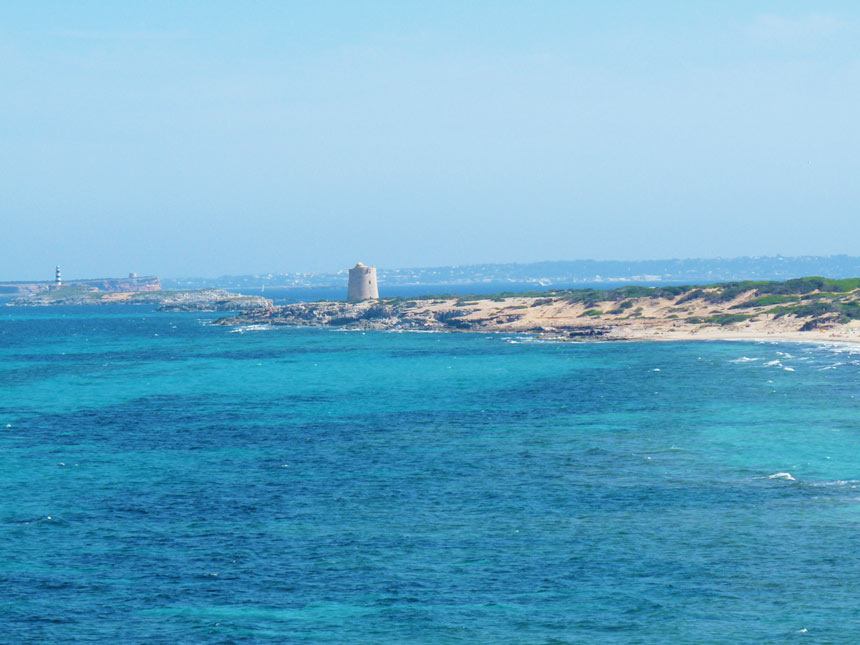 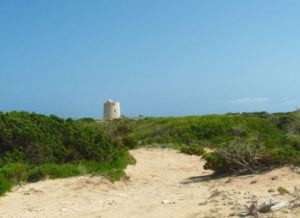 Getting to Torre Ses Portes

La Torre is located between the beaches of Ses Salines and Es Cavallet. From Es Cavallet you have to take a walk either on the beach or by a higher road about 30 minutes, but the effort will be worth it. The easiest access is from Ses Salines where the road is easier and firmer.