Connected with the promenade to the east and the walk to the lighthouse, the beach capellans is a charming, small but well equipped beach

Playa dels Capellans or Capellans beach is an urban beach in Salou. Despite being about 300m from the Fuente Luminosa, it is in a slightly quieter area than downtown, it is the next beach north after the Playa de Levante, the occupancy level is usually high, but not as crowded as with the previous or the Playa de Poniente.A small charming beach near the center but with a lower occupancy 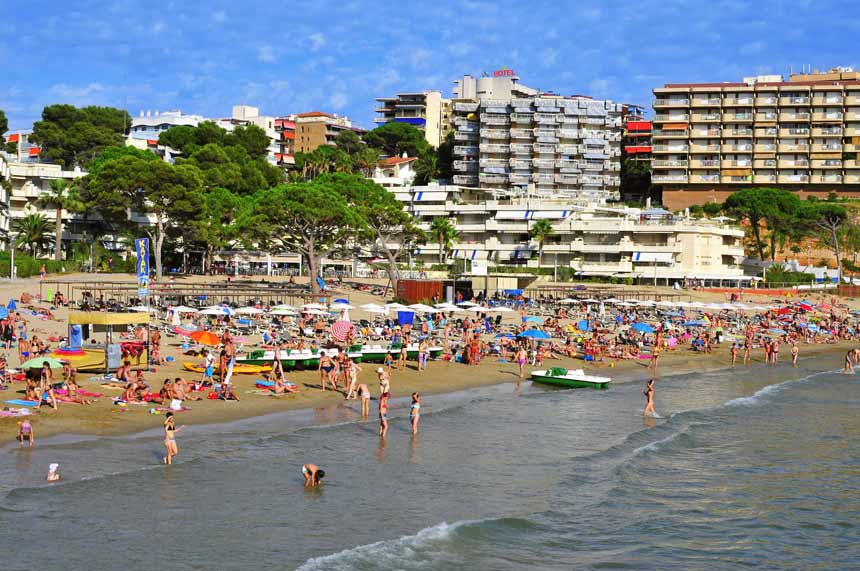 Capellans beach is a small beach about 200m in length, protected from winds by cliffs on both sides. The sand is fine and golden and has crystal clear waters. Despite being smaller than the other beaches of Salou, it is equipped with good facilities and services such as showers, disabled access, toilets, rental chairs and kayaks, a beach bar and restaurants nearby; one of them right on the upper part is the most popular of Salou, where you can sample a variety of dishes from Mediterranean cuisine, this is the Restaurant la Goleta. The marina is located approximately 1 km away.

For the quality of its water, cleanliness and the services offered, the Playa dels Capellans is awarded every year with the Blue Flag of the EU.

How to get Capellans beach:

Access to the Salou’s Capellans beach is simple, it can be reached on foot, by car or by bus (línea Salou-Tarragona.)

Note:  Not to be confused with Capellans beach in l’Ampolla, located about 60km south near the Delta del Ebro, in a less touristy area. 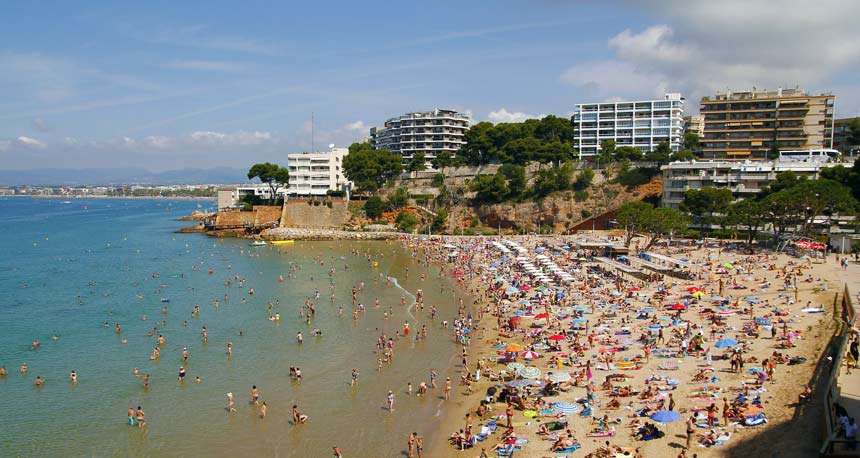 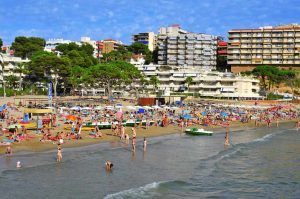 Connected with the promenade to the east and the walk to the lighthouse, the beach…