Historic centre of Javea: best things to do in Javea | Tripkay

Strolling through the streets of the charming old town of Jávea will transport you, back in time, to the Middle Ages. A walk along its defensive walls to meet its main historic buildings will not disappoint you.

In the Historic centre of Javea, you will see the other side of the villa, just 2km from the Jávea, crowded with tourists looking for sun and beach; you will meet a beautiful place with a rich heritage waiting to surprise you.

After the Arab rule in 1244, Jávea was handed to the Crown of Aragon, but it was not until the early fourteenth century when it began to repopulate the zone needed to strengthen the territory due to continued conflict. In 1397 it obtained the Villa title belonging to the Marquess of Denia.

One of the significant historical moments that marked the city of Jávea was the constant attacks by pirates and corsairs to coastal population in the sixteenth century. This fact caused people to vacate their homes on the coast and went 2 km inland, and in a raised position facilitating its defense, where they built walls to protect themselves that would last until 1877. 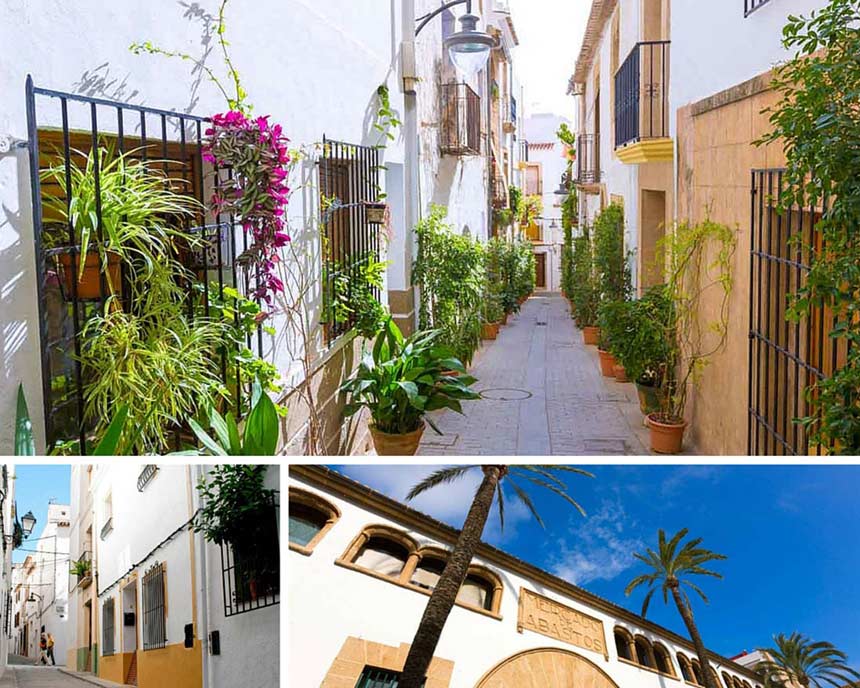 Today this area is the historic center of the city, a walled charming enclosure, a maze of cobbled streets with white houses and black trellises, palaces of bygone eras and beautiful buildings, where we can contemplate the rich cultural heritage that the different civilizations passing through the city have left over the centuries. 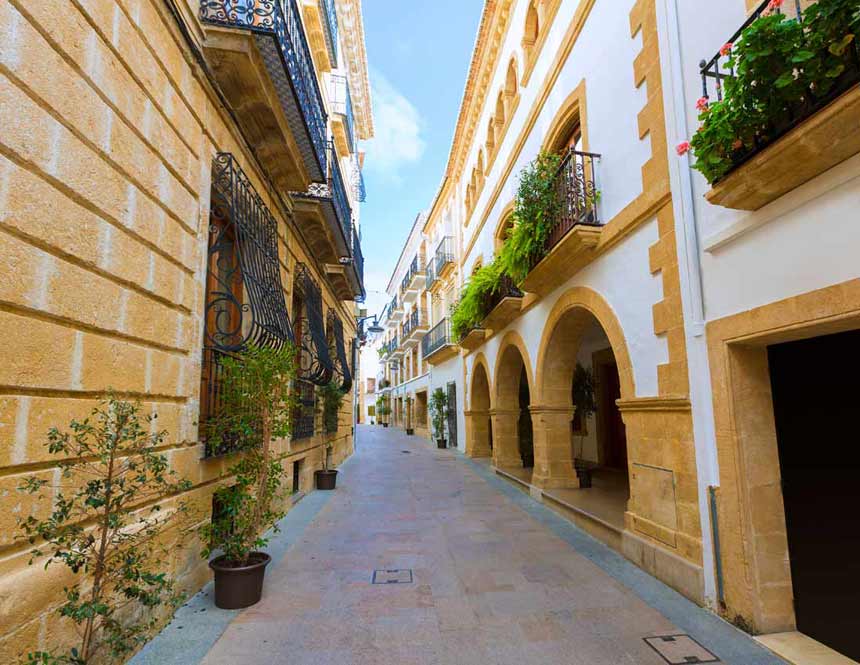 What to see in the Historic centre of Javea:

Among the most representative buildings of the Historic centre of Javea include Iglesia de San Bartolomé, Mercado Municipal de Abastos, set in a beautiful Gothic building, Iglesia de San Bartolomé, built for the safeguard in case of pirate attacks that is considered National Artistic Monument , the City Hall “Ayuntamiento”, a beautiful eighteenth century building erected on an ancient medieval cemetery, from which some graves are still preserved, or the Museo Histórico y Etnológico located in a building of the XII century, and one of the most important of the town, the Casa-Palacio de Antonio Banyuls, which was steward of Felipe III and houses inside a plant dedicated to underwater archeology, collecting remains found in the history of the coast of Jávea, as well as works of different painters.

Without doubt, you’ll love this tour; it’s a perfect choice to spend a day of culture, or just enjoy a quiet walk in a beautiful place. 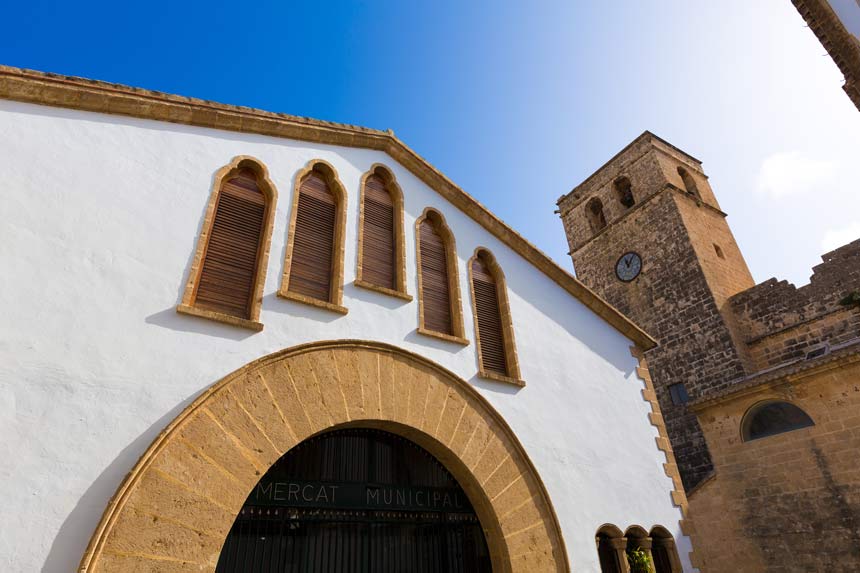 Other interesting places to visit in Jávea 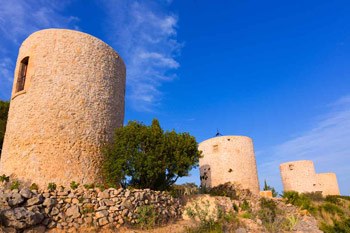 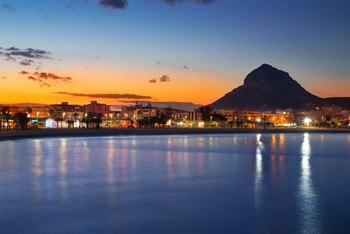 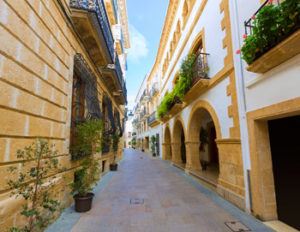 Strolling through the streets of the charming old town of Jávea will transport you, back…