Located in the upper part of the city of Tarragona, this beautiful early Gothic Cathedral rises majestically over the place occupied previously by a Roman temple, a Visigoth cathedral and an ancient mosque.

This beautifull  religious temple is called the Cathedral of Santa Maria. Tt is dedicated to Santa Tecla, the patron saint of the city. The Tarragona Cathedral, the Cloister and the Museum contain important historical memories and beautiful works of art. Its construction dates back to 1171 and its historical and architectural evolution is parallel to the city. 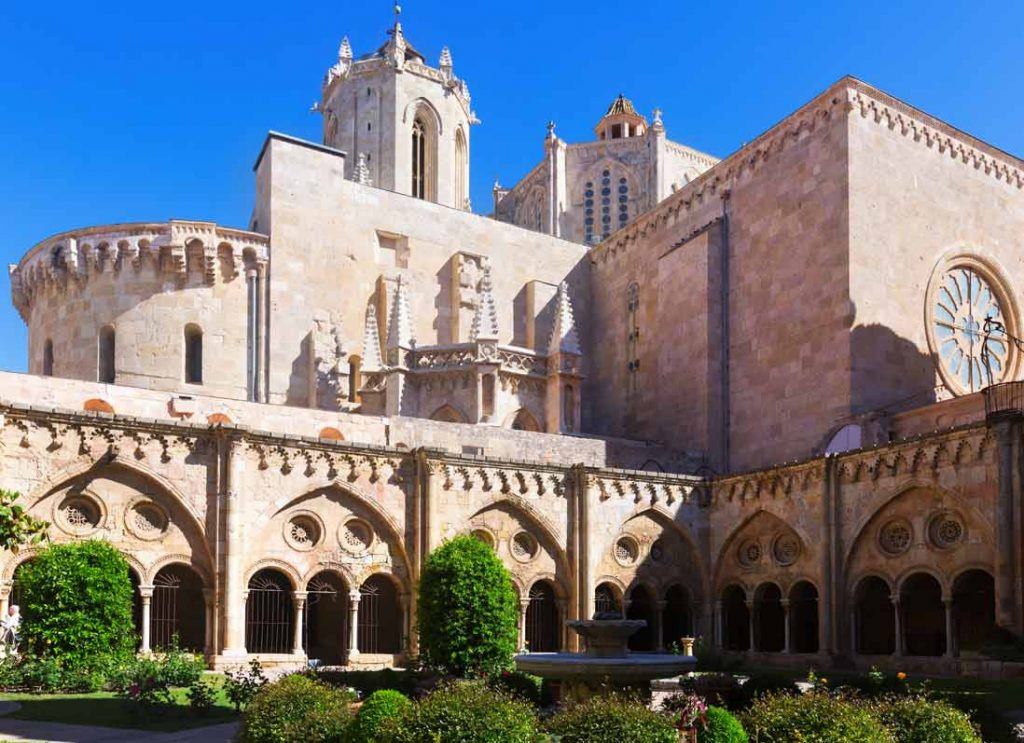 What to see at Tarragona Cathedral

The Cathedral started as a Romanesque structure in the 12th century, but in the 14th century the style was changed to the Gothic. Later baroque chapels were added in the 16th century. The church was consecrated in 1331.

Tarragona Cathedral has a Latin cross floor, with three naves and an accented cruise over which it raises an octagonal dome. The nave is 104m long, 16m wide and 26m high and 32m in the dome, which still retains the windows of the fourteenth century. Inside are the main altarpieces, the tomb of Joan d’Arago, the original floor of the XIII century made of marble of different colors in the central apse, the presbytery, the biggest organ of the sixteenth century, and the interesting treasure room and the paneling of Mudejar Gothic style, with a magnificent polychromatic heraldic theme.

It highlights its romantic facade with two XII century doors including a large rosette of 11m in diameter and 12 points representing the twelve tribes of Israel or the twelve apostles, the rose window is one of the most emblematic images of the city. 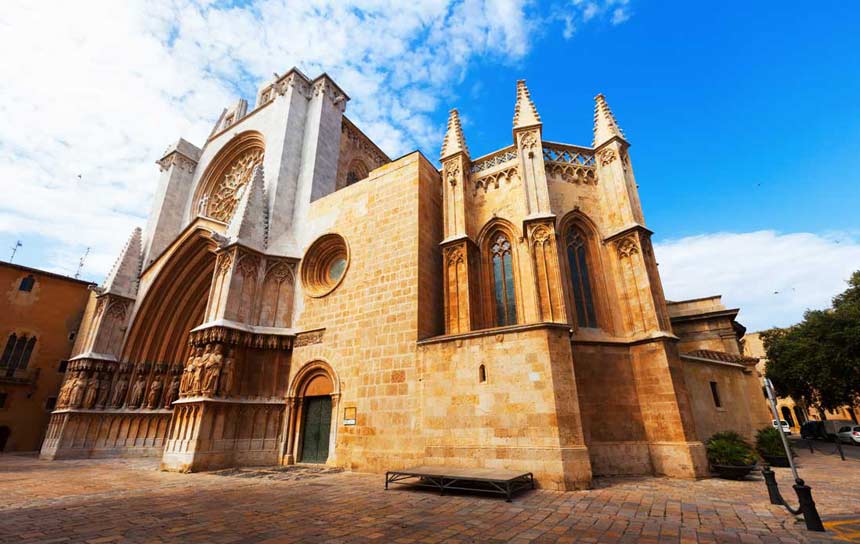 The Cloister of the Cathedral of Tarragona

The cathedral is linked to the cloistered enclosure made between 1194 and 1214 (twelfth and thirteenth centuries) in Romanesque style, which was built using Roman walls of the first century AC. It has a quadrangular floor of 46 x 47m. Around the cloister, were all community agencies: the bedrooms, the library, the refectory, la Sala Capitular, etc. It is a beautiful place that exudes incredible peace. 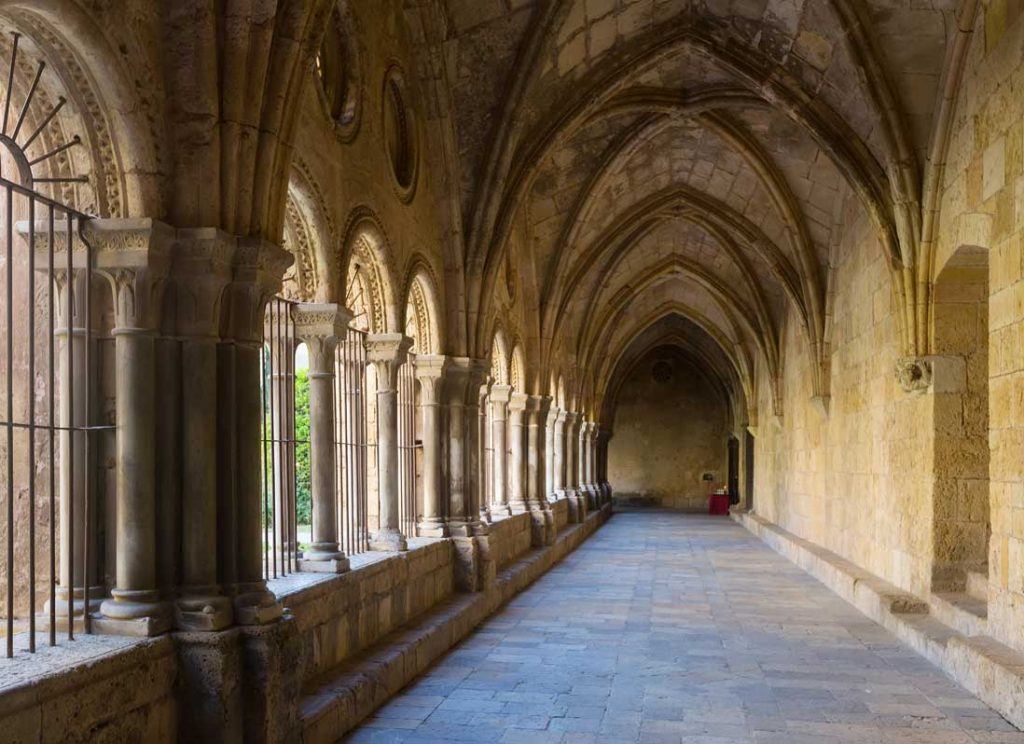 The Diocese of Tarragona Museum

Entering the cloister, you can visit the Diocesan Museum in which especially highlights the collections of modern religious art works of medieval times from Tarragona and its diocese such as altarpieces, stone sculptures carved in wood, and others.

An oddity: on prior reservation, you can visit the decks of the Cathedral of Tarragona. The group must be at least of 10 people and the ascends are 4 times a day. The visitors will be accompanied by a technician, who will monitor and ensure the safety of accessing it. It is not an easy or risk free ascent, so it will require one adult for every two children. But the views of the entire city from there are really shocking. 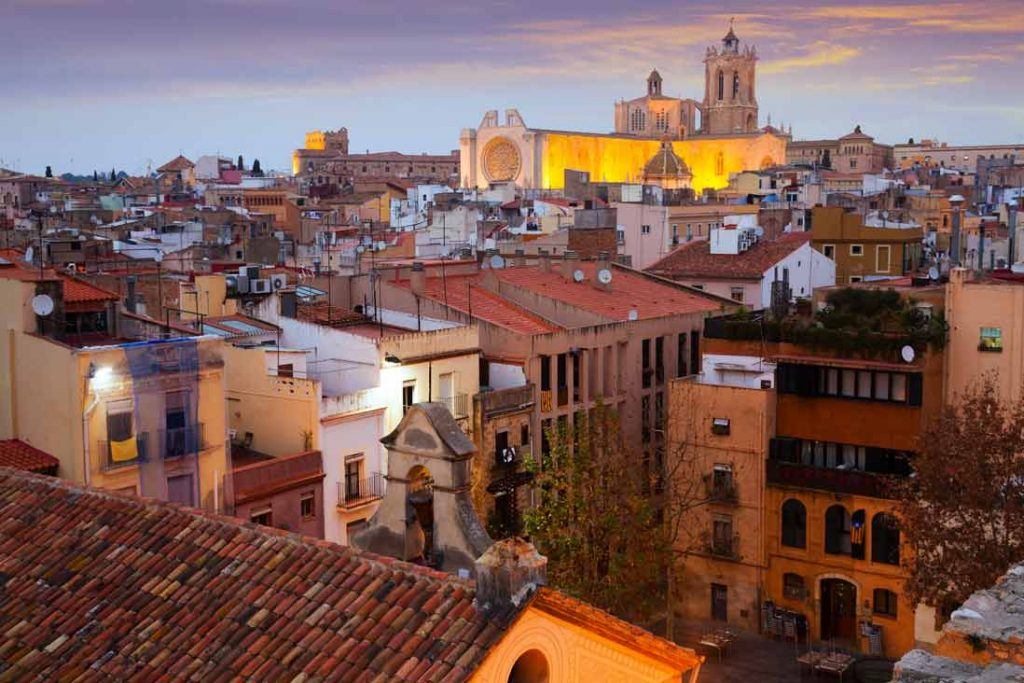 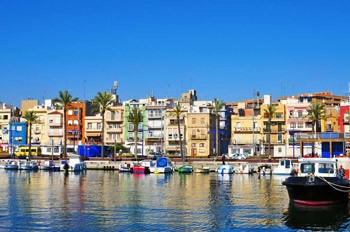 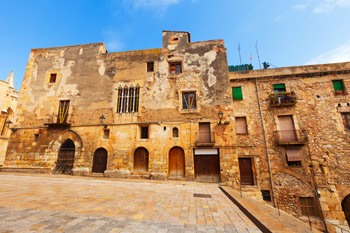 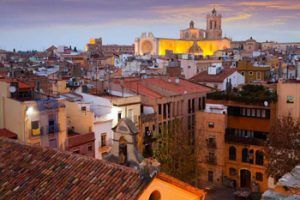 Located in the upper part of the city of Tarragona, this beautiful early Gothic Cathedral…