Serranos Towers, with a Valencian Gothic origin, formed the main entrance to the city from the north. Today the towers are a symbol of Valencia and one of the best preserved monuments of the city.

It is made of two huge towers that flank a huge door of semicircular arch. Its construction began in 1392 and ended in 1398. The walls are of very solid construction and the main function of the Serranos Towers was to serve as defensive fortress but it was also used to receive with honors the kings or ambassadors and commemorate important ceremonies. The origin of its name is given by the orientation of the door that looked at the Valencia “Serrania” (rang of mountains), so most people accessing the city were called “Serranos“.

The Fantastic Serranos Towers are located in the heart of Barrio de Carmen. In 1281 the Monasterio de Nuestra Señora del Carmen was built on the outskirts of the ancient wall of the Muslim origin. Later, in 1356, Pedro el Ceremonioso ordered the construction of a new Christian wall to protect the city. In it, 12 gates of majestic entrance rose and today only the Serranos and the Torres de Quart remain. 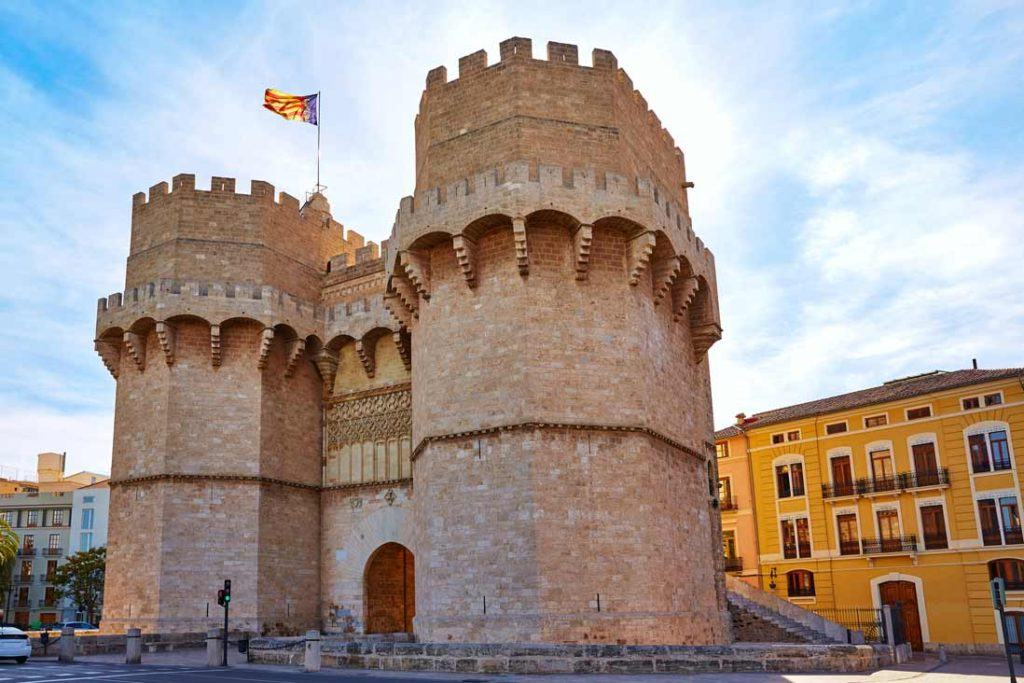 They are composed of a large door of semicircular arch flanked by two monumental towers of polygonal trace. Its construction was based on masonry walls covered with stone blocks. The interior still keeps some remnants of the rich polychrome that originally covered it. There are no walls inside, so we only see five vaulted spaces. The Serranos Towers were declared National Artistic Historical Monument in 1931 for being the most beautiful example of peninsular military architecture of the fifteenth century. The walls and doors were destroyed in the nineteenth century by Civil Governor Cirilo Amorós, due to unhealthy reasons and the need to expand the city. 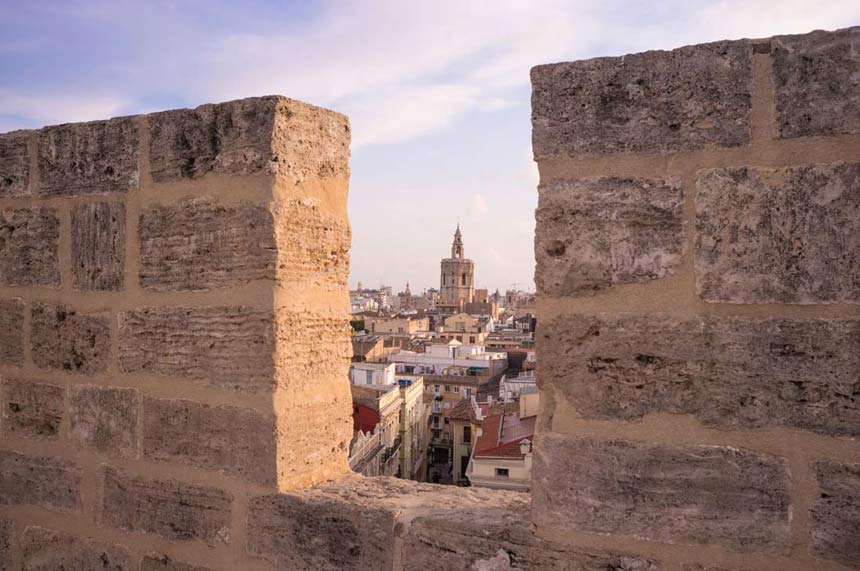 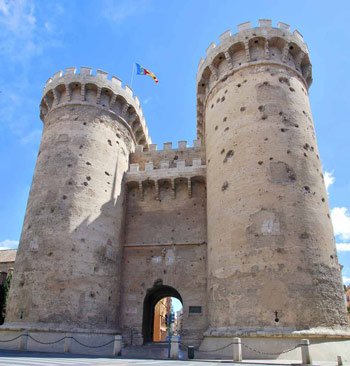 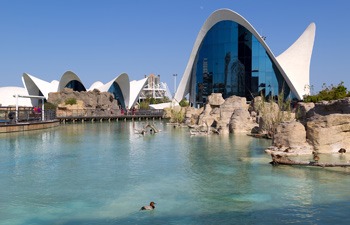 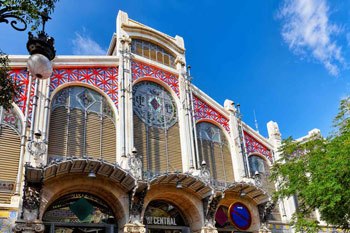 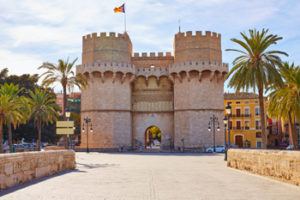 Serranos Towers, with a Valencian Gothic origin, formed the main entrance to the city from…