The Alcazaba fortress and its arab wall

In the historic heart of Marbella is find it Alcazaba and its ancient walls, considered the most important vestige that remains of Muslim civilization in this city

In the old town of Marbella, the Alcazaba fortress and its fortified walls are Heritage of Cultural Interest, rise majestically with two defensive towers that form the most important vestige of the Muslim civilization.

The walls, or the popularly called “Castillo”, form a construction of the XI century during the reign of Abderrahman III, the first of the caliphs of Al- Ándalus. It was situated in an elevated emplacement about 30m above sea level. From there it had an incredible view of the entire territory. Inside the walls, the medina was hid in the winding path and narrow streets that you can still walk today. The wall had over twenty defense towers.

Today the entrance to the old town of Marbella was possible through three doors: Puerta de Ronda, Puerta de Málaga and Puerta del Mar. Currently only two towers are visible. The Our Lady of Carmen school now occupies what was once the parade ground. After the surrender of the Muslim kingdom, on July 11th of 1485, the fort would belong to Christian hands and its new role would be to coastguard.

Information about the The Alcazaba fortress 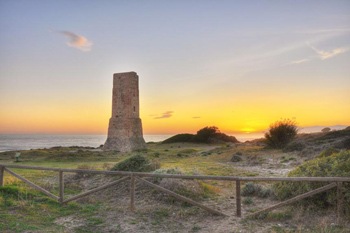 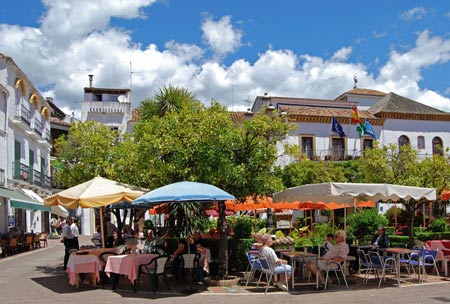 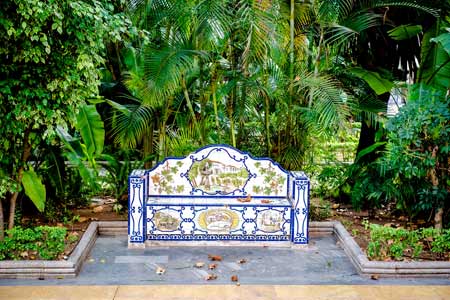 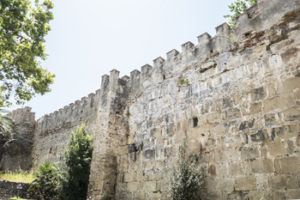 The Alcazaba fortress and its arab wall

In the historic heart of Marbella is find it Alcazaba and its ancient walls, considered the…